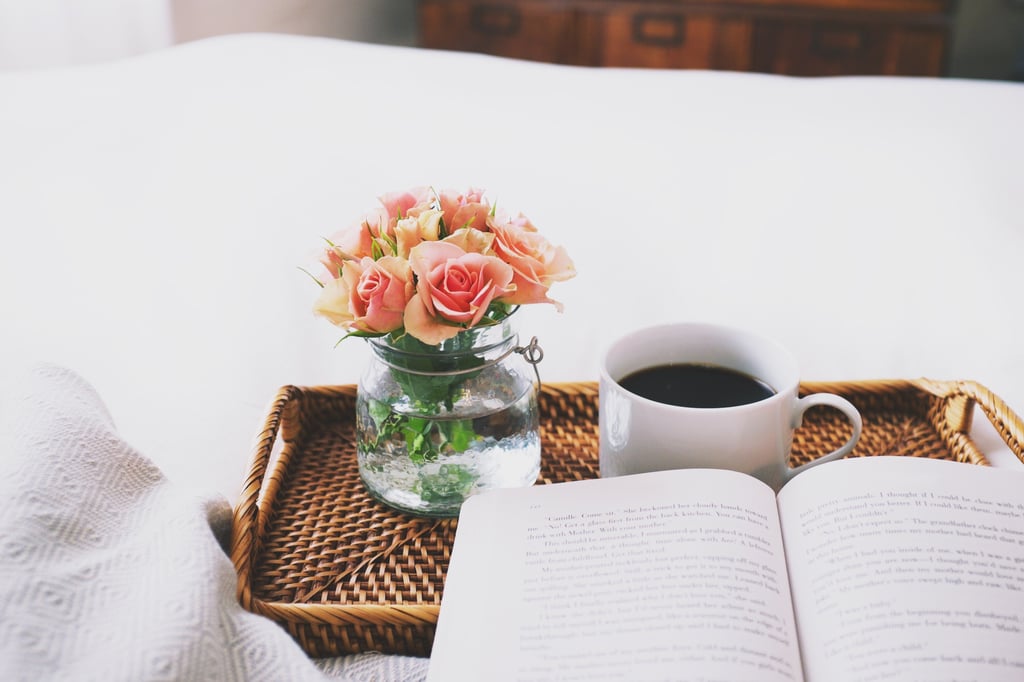 There have been times while in public — admittedly more than just once or twice — that I have found myself subtly shifting my hand or bag to cover the binding or the front of my blatantly young adult fiction book. When I recently came back from vacation, I was asked what I read while away. Having plowed through four YA novels during that time (yes, this IS my idea of vacation, thank you very much!), I felt I also had to throw in the obligatory addendum, "But I read real books too, I swear!"

I'm not the only adult who is devoted to this much-loved and often misrepresented genre, who sometimes feels the need to justify and defend my literature choices. This isn't a rant about why I love YA; it's a look at why the genre is important, whether or not you like it.

Don't get me wrong, plenty of these books are sprinkled with cringeworthy one-liners and somewhat unrealistic scenarios. Still, it's called fiction, people! And the point of fiction is to create a world that we can escape to, while simultaneously learning more about the one we are actually in. Young adult fiction does just this, and then some. And if you think that only kids can get something from the lessons, then you clearly have not picked up the right YA book yet. We don't stop needing or wanting answers about life and love the moment we stop being teenagers, so why feel badly about still seeking them out through literature in adulthood?

One of the most difficult things to go through — for both young people and adults — is the process of finding one's own identity, and more importantly, learning to love it. Books like The Giver, Divergent, and Stargirl all cover various stages of the process, both literally and metaphorically, while characters fight for the right to be who they want to be. The ultimate conclusion: individuality is preferable to sameness, even if the world makes it more challenging for you to embrace this.

2. On Finding Meaning in the Madness

The older we get, the more it becomes entirely clear that the world is a crazy place, and we are just along for the ride. Many young adult novels capture the beauty of this chaos, like the tear-jerking roller coaster of a book that is The Fault in Our Stars. It deftly sums up the nature of life, noting that while "some infinities are bigger than other infinities," we all are given what we are given, and it's entirely up to us to make the most of every single moment, because it's really all we have.

3. On Bravery and Selflessness

Dystopian fiction novels like Suzanne Collins's The Hunger Games and Marie Lu's Legend series brilliantly present bravery and selflessness in a straightforward and honest way. While the backdrops of these futuristic novels are usually more fantasy than fact, the protagonists' pursuit of truth in a world of lies is a very real one. They are extremely resilient, and their perseverance can (and should) be applied in our world as well. As a character in The Hunger Games: Catching Fire rightly describes hard times, "You've got to go through it to get to the end of it."

4. On Rape and Abuse

Young adult novels may have their flaws, but they certainly do not shy away from the tougher subjects. Here's the thing: life sucks sometimes, and bad things happen to good people. Why protect teenagers and young adults from this? They are going to learn it, but through role models like title duo Eleanor and Park, or Charlie in The Perks of Being a Wallflower, readers of all ages are also shown ways of dealing with and growing from it. These characters, along with the narrator of Laurie Halse Anderson's Speak and the protagonist in Sarah Dessen's Just Listen, all deal with issues of rape and abuse in different ways — but representation of people who have gone through these things is essential.

Harry Potter, Hermione Granger, and Ron Weasley are pretty much the best fictional friends of all time (sorry Frodo and Samwise). They showed us what can come from the bonds of true friendship and portrayed the increasing layers of relationships as they evolve over time. Many YA critics cite that an issue with the genre is its unrealistic portrayal of the characters — in other words, that they are one-dimensional or less relatable to adults, who have to actually make an effort to put themselves back in their teenage shoes. But when following the Harry Potter trio, Percy Jackson and friends, or Lyra and Will in His Dark Materials, you see remarkable growth through the years and books. It very clearly resembles the reality of change and growth through different phases of our own (very real) relationships.

With life comes loss, and books like John Green's The Fault in Our Stars and Gayle Forman's If I Stay cover the bases when it comes to the grieving process and subsequent acceptance of a loved one's passing. In The Book Thief, even the character of Death has a voice, describing one girl's experience with it beautifully.

7. On Sex and Sexuality

Teenagers have sex. Adults have sex. Sex is a real thing. Not talking about it is unproductive, unrealistic, and frankly, kind of boring. While some young adult books choose to allude to the actual act rather than break it down in detail, others lay it out and bare it all (pun intended). They don't always make it out to be this perfect thing with no consequences, nor do they attempt to make it something scary or to be avoided. They simply portray it as something that happens, like in John Green's Looking for Alaska or in A.S. King's Ask the Passengers, when a young girl begins to explore her sexuality with men and women and refuses to give up her quest for real love, as she — and no one else — defines it.

8. On Guilt and Forgiveness

We all make mistakes, and forgiving ourselves or the ones who hurt us is usually a long process, based on trial and error. Many young adult books explore this in-depth and in diverse ways. In Veronica Roth's Divergent, one character discusses a mistake, saying that "Maybe there's more we all could have done, but we just have to let the guilt remind us to do better next time." In the context, this doesn't mean that we should beat ourselves up over our mistakes, but instead embrace that we all make them and continuously strive to better ourselves and the lives of those around us. Not a bad concept, all in all.

Pretty much every YA book in existence does its part to give us a good love story, or a sad love story, or a funny love story, or all of the above. The best part of reading about love from the eyes of a young adult is that we get a fresh perspective on something that, as adults, we either take for granted or have forgotten all about. We get to remember the excitement (and horror!) of new love and remind ourselves why it mattered so much — and why it still does.

Health
I Was "Stealthed" by a Partner. More States Need to Make It Illegal.
by Ashleigh Gray 23 hours ago

Friendship
Friend Breakups Are Common. How Come No One Talks About Them?
by Andi Breitowich 4 days ago