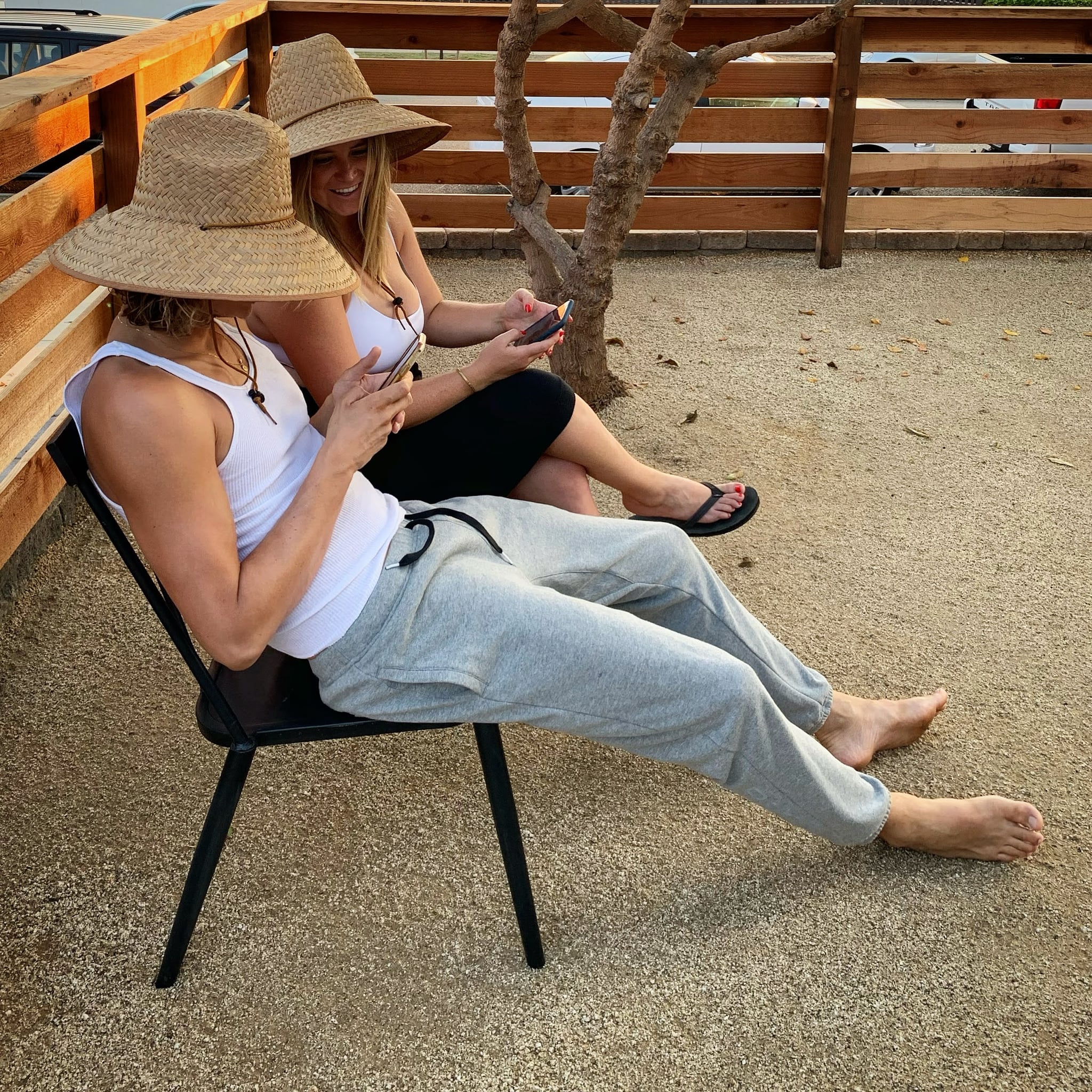 "I read this jerk his rights and unmatched!" Ben shouted at me from his bedroom. "The baseball one wants a pic, can I give him your number?" I responded via the couch. Shacked up for the summer together in our hometown of San Diego, my lifelong friend Ben and I were far away from our typical dating arenas of Los Angeles and New York. Lounging on the beach one day, we decided to take the wheel on one another's dating apps. Between his amazing photos and my varsity-level dating app banter, I wasn't afraid of this competition, and in fact, felt a little bad that I was about to school him. What happened, however, was a wild ride in expectations, boundaries, and prioritization, and we quickly learned where our worlds differ and a few surprises about where they overlap.

How to Talk to Boys — Schooled by a Gay Guy

It was like watching Forrest Gump play ping pong. While I swiped through a small pool of suitors for him and waited for someone good enough to engage with, Ben was starting conversations, slinging banter back and forth, and booking socially distant dates for me with multiple prospects. He got into it with people right away, and quickly needed my input. "How do you feel about the prospect of being a stepmother?" he asked me with an eyebrow raise, followed by, "What are your boundaries around talking politics?" Meanwhile, I'd rejected most of the eligible men in a 30-mile radius and asked him several times if he'd consider lowering his standards.

Ben's hands-on approach offered the efficiency to engage and eliminate prospects with sportsmanlike vigor. A gentleman named Devon asked me out, and Ben accepted and gave him my phone number. I never heard from him, and by that afternoon, Ben was furious. "It's the day of the date, how has he not texted to set it up?" "This happens all the time," I casually assured him as I swiped left on yet another stunner who wasn't tall enough for my dear friend. It's part of my dating routine to manage expectations, and I'd kept the evening free knowing it might be a low-key "me night" if Devon never confirmed. Ben wouldn't have it. By 4 p.m., he reached out to Devon (as me) via the app and said, "Hey, we still on for tonight?" Devon responded saying he'd have to take a rain check. Then Ben did something I'd never do — he let him have it. "There won't be a rain check, buddy," he began. "You asked me out 24 hours ago then left me completely hanging and offered basically no remorse. You're an assh*le."

Something fun about dating in your hometown? You often know somebody who knows somebody, and it took us just one retelling of that story to learn a friend of ours went to high school with Devon and he is, in fact, an assh*le.

Things were all fun and games as Ben defended my honor and I redesigned his future by telling him things like, "He doesn't want kids but he's 6'3" and has a vacation home. I'm swiping right, you can get a dog." But they really took a turn when we realized we'd matched with the very same person. That's right, a bisexual gentleman was interested in both of us and, unbeknownst to him, speaking with each of us, posing as the other. If that sentence was confusing to read, imagine what it was like to navigate.

Wanting to avoid whatever circle of hell they reserve for innocent catfish like us, we decided to come clean (sort of). "Hey dude, this is crazy but I just realized my roommate is also talking to you," I said (as Ben) to this person I'll call Pacey. Flummoxed, Pacey said he'd never come across this situation before but found us both interesting and was enjoying the two conversations. We didn't know what to do — on the one hand, we wanted to know which one of us he'd pick if it came down to it, but on the other, it seemed a bit of a turn-off to date someone who's also into your friend. I'm not proud of this, but we made him choose. "I feel like we have a better conversational connection," Pacey wrote to Ben, who was posing as me. Yes, he'd selected me, based on the titillating exchange he'd enjoyed with Ben, and the spoiler is I blew it. We gave him my phone number and the textual chemistry fell off immediately, because it was never there to begin with, and poor Pacey missed out completely.

The Winner of the Takeover

This is tough for me to admit, but Ben successfully set me up on a great date. I would have overlooked the entrepreneurial surfer who I'll call "Chad" for his man bun, but it turned out the long hair was sexy in person and we had some chemistry on a beach walk. It quickly fizzled out, though, along with my will to fulfill my end of the deal. I'd swiped through all the viable men in our area for Ben in about a week and had a total of six conversations, two of which Ben had already started on his own via other dating apps.

Ultimately, this experiment taught me that dating for someone else is tougher than I thought. Exercising my usual routines in a smaller pool of candidates and adhering to a higher standard than to which I hold myself was an important lesson in quality over quantity. I also learned it's OK to stand up for yourself when someone disappoints you. Ben said his biggest lesson was, "You can find garbage in both the gay and straight world on the apps. But if you're really looking, there are plenty of people out there who have their priorities in order and will surprise you with their maturity and willingness to chat."

So, whether you're swiping for yourself or someone else, Ben and I wish you luck out there. You never know what lessons you'll learn along the way.

Friendship
Friend Breakups Are Common. How Come No One Talks About Them?
by Andi Breitowich 4 days ago