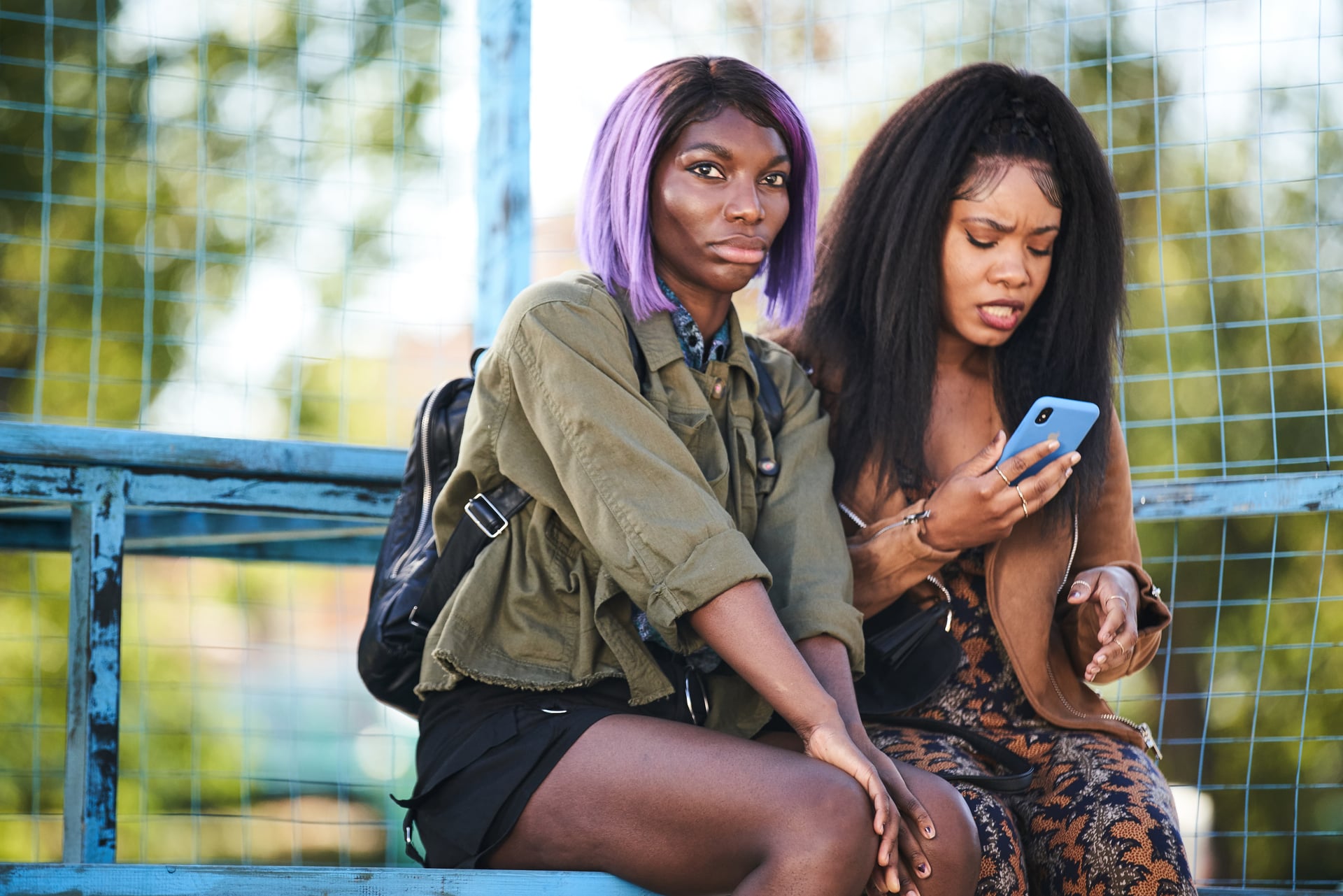 Warning: This essay contains a detailed account of sexual assault that may be triggering for those who have experienced trauma.

Michaela Coel's I May Destroy You takes a firm yet nuanced look at sexual assault in a manner few, if any, shows have done before. By circumventing the tropes of recovery and acceptance plaguing series like Law & Order: SVU, the Chewing Gum alum expands her narrative reach to aspects of the story barely brushed in most programs. One such area of deep contemplation is the evolution of friendships in the wake of a traumatic experience. As Arabella (played by Coel) comes to terms with the events of her club night gone wrong, best friends Terry (Weruche Opia) and Kwame (Paapa Essiedu) attempt to console her in whatever ways possible. Terry, a struggling actress whose cowardice prevents her success, dedicates her days to researching trauma recovery and healing practices, appointing herself as Arabella's self-care czar. Yoga trips, painting classes, steam room sessions, scheduled meditation — it's all for Arabella.

While Terry's efforts were commendable, there seemed to be an ulterior motive to her relentless devotion to Arabella. That motive was revealed in episode seven, "Happy Animals." Having made significant progress in her mental health, Arabella charged herself with planning a problem-free house party for Terry's birthday. Unbeknownst to Arabella, Terry visits Simon (Aml Ameen), a mutual friend who left an inebriated Arabella alone the night of her rape, urging him to stay away from the party for the sake of Arabella's psyche. Simon, visibly offended by Terry's blunt assertion, retorts that Terry's obsession with Arabella's recovery stems from her irrefutable guilt. Yes, Simon left Arabella alone that night, but Terry gave him the OK to do so by saying, "Just leave her, this is what she does."

I'd be lying if I said learning of Terry's comments didn't make me reevaluate her muster as a valuable friend. When women get to drinking age, there's an undeniable pact: I don't leave you alone, you don't leave me. After watching Terry leave Arabella drunk and high in a sleazy Italian club, I felt the pang of that broken promise. No matter how annoyingly drunk I get or how much I puke, you do not leave my side. But Terry did, and later she encouraged Simon to do the same — moments before Arabella's assault. I labeled Terry a bad friend, convincing myself that if Terry had told Simon to stay, Arabella could've made it home safe that night. Then I shuddered, recognizing how similar my thoughts were to those of Arabella's side piece, Biagio (Marouane Zotti), who accosted her for not being careful enough to watch her drink.

Related:
What Survivors of Trauma Should Know Before Tuning In to HBO's I May Destroy You

Arabella didn't watch her drink. She didn't abstain from mixing cocaine with alcohol. She didn't do the "smart" thing. But a woman shouldn't have to do the smart thing to avoid being drugged and raped in a bathroom stall. Her friend shouldn't have to stay attached to her at the hip to ensure an abuser doesn't slip a hand up her skirt or drag her into an alley. It shouldn't be the responsibility of women to avoid rape, but the responsibility of men to not perpetrate it. Looking down on Terry is no different than arguing a woman should dress more reserved when she goes out. Things could have turned out differently if Terry would've told Simon to stay, but a momentarily lapse in judgement should never be considered cause for a heinous crime. Terry, Simon, and Arabella all made bad calls that night, but none of these decisions led the flared-nose man to rape Arabella. The burden of guilt is his alone, and the remaining "what ifs" do nothing but misdirect blame that rightfully lies with him alone.