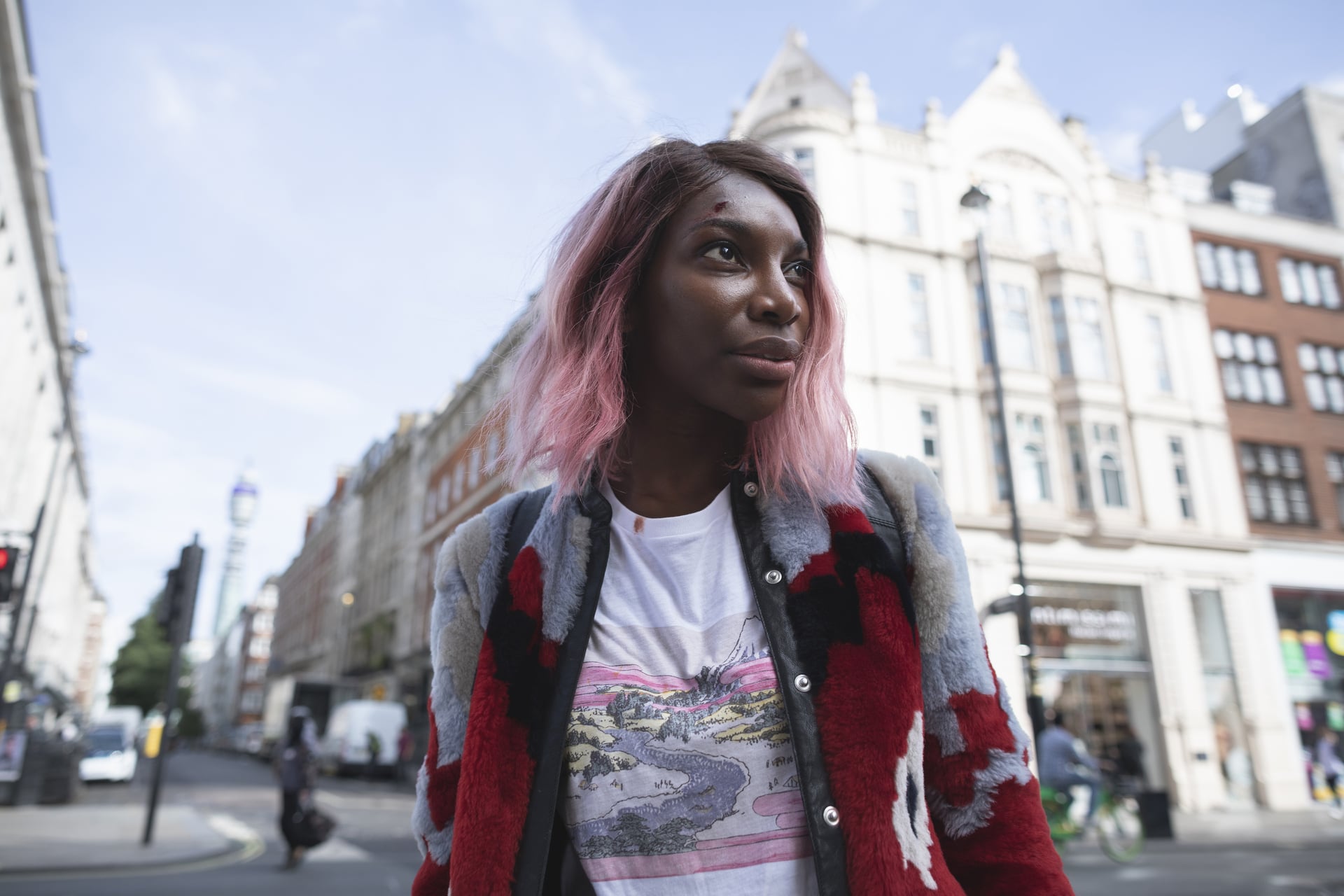 HBO's new drama I May Destroy You has garnered a lot of praise for the way it adeptly — and even humorously — covers important issues like relationships and consent. But while the show is brilliant, viewers who have survived trauma may want to proceed with caution.

The series centers on Arabella (played by Michaela Coel), an emerging writer who's convinced by friends to go out for drinks the night before a deadline for a major book deal. The next day, Arabella arrives to the meeting with her agents with a cut on her forehead and almost no memory of the night before. After some hazy, disturbing flashbacks and a suspenseful journey around London to retrace her steps, Arabella comes to the devastating conclusion that she was sexually assaulted.

Because some of these moments are so raw and graphic, I May Destroy You may be triggering for someone who has experienced similar trauma. The flashbacks force viewers to relive the assault from Arabella's perspective, and her story also serves as a painful reminder of the process of reporting an assault and the often complicated road to recovery after suffering this kind of trauma.

If you're a survivor of sexual assault, the show could at times be difficult to watch — but if you're able to get through the darker moments of the series, you'll find that there are many times when Coel's humor and heart shines through, and you'll likely be grateful that she chose to bring elements of her real-life experience to the screen.