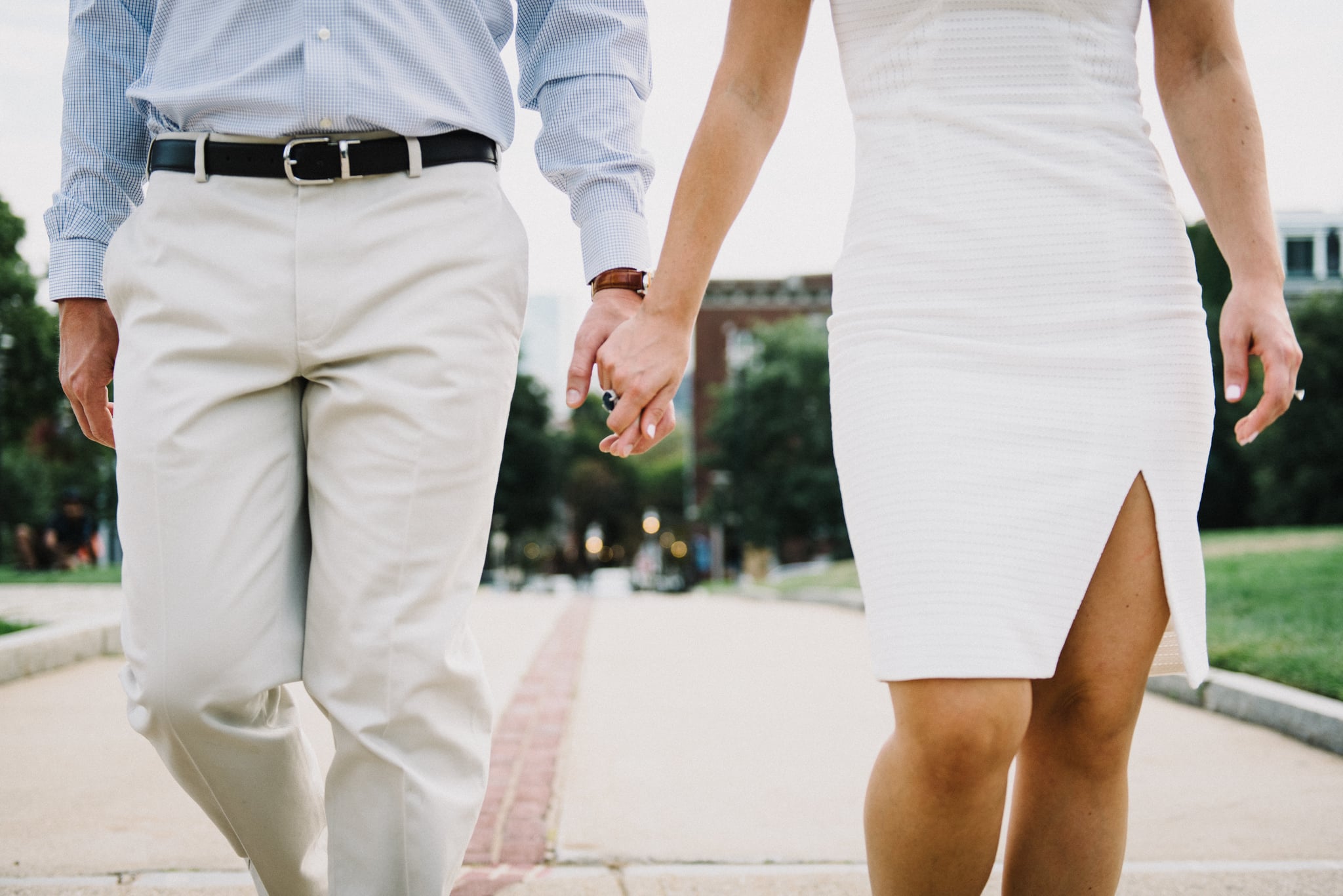 A few years ago I was out with my girlfriends when one of them pulled our group into a small dive bar, where I first met Michael. Soon, our first date turned into our third, our third into our tenth, and all of a sudden we had been dating for months. Being with Michael was as easy as breathing. He was everything I wanted in a partner — someone who encouraged me to be free and chase my dreams, someone who inspired me to be better in every way, and someone who I trusted completely.

It was an easy decision for me when Michael proposed (I think my exact response was, "Well, yeah!"). Later at our engagement party, a small comment about my name made me realize that our family and friends were expecting me to give up my last name as part of this new phase of our partnership.

Related:
My Husband and I Spoke Kindly to Each Other For 7 Days, and Here's What Happened

It's only fair, as we're both coming to this union as equal halves to a whole, one no more or no less than the other.

That was never going to be the case, though. Getting engaged at 27, I had done so much as Sarah Anderson that I was and still am so proud of. From being the head of her sorority to hustling to build a career, Sarah Anderson accomplished some big things and she shouldn't be swiped clean from existence (or, you know, from things like licenses and social media feeds).

Michael was on my side and never expected me to drop my last name. At first, we just decided neither name would change and we would go on as a unified duo under two last names. But when we thought about our kids and the unified identity we want to present, we resonated on the idea of both hyphenating our names. It's only fair, as we're both coming to this union as equal halves to a whole, one no more or no less than the other.

Related:
My Husband Was Murdered, and Now I Love Deeper Than Most

Coming from a smaller town, our decision has seemed to stir up a little bit of controversy among family and close friends. Our decision started out as a little detail concerning how we wanted to live our lives, form our relationship, and set the tone for our family in the future, but the pushback has really made us that much more passionate about our decision.

If we have a daughter (or daughters), I want them to grow up knowing that they can one day be the head of the household, that their spouses can take their last name if that's the decision they come to, and that they can do and be anything they want to be. And a small part of that that can start early on is their last name.

In both changing our last names, Michael and I hope to express the equal union that we are. We hope to represent two whole, valuable people coming together and creating a new family. We hope our future daughters have a deep understanding that they're just as important, valued, and respected as boys. We hope to contribute to a society that questions the status quo, and thoughtfully and consciously proceeds with new ideas and new ways of doing things that are better for everyone.