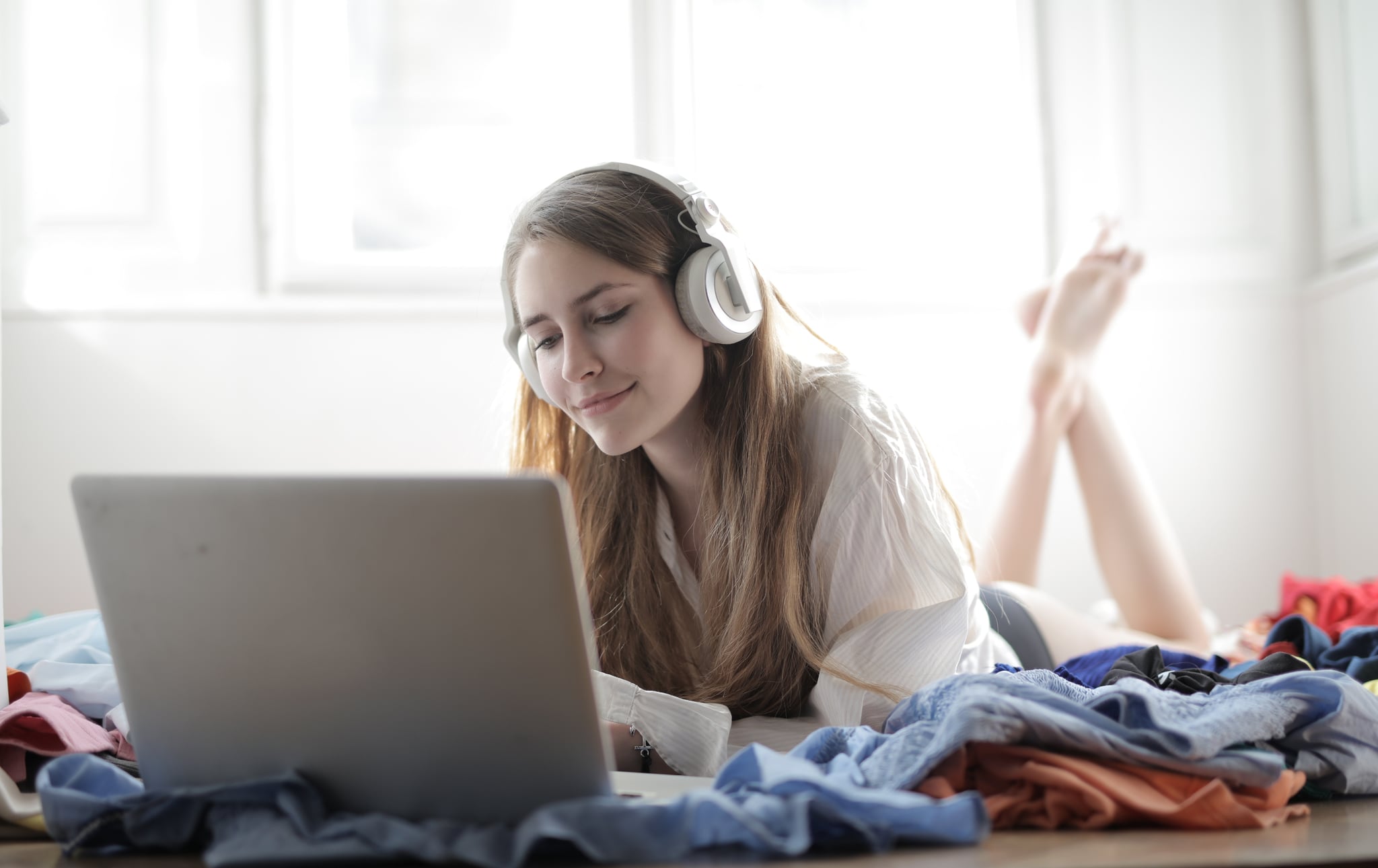 While the ongoing coronavirus pandemic has many — including myself — feeling scared, uncertain, and anxious, I've tried hard to find silver linings wherever I can. Social distancing has given me the chance to check off some neglected items on my to-do list, like renovating my living space and running every day. But reconnecting with an old friend? It wasn't even on there, but it happened anyway. And I'm so grateful it became a top priority.

About a month ago, my phone buzzed with a name that doesn't appear very often anymore. It was my friend Sean from high school, who was also back in our hometown after both of our universities moved the remainder of the semester online. I was happy to hear he was safe and, despite being someone who I always considered much smarter, more talented, and overall way better than me, was kind of in the same boat. Classes online. Back home. Bored.

Even though I think of Sean as a friend for life, life had gotten in the way as it often does.

Sean reached out again a few days later by sending me one of the 30-Day Song Challenges that have been going around Instagram and asked if I wanted to do it. I did, so we started sending each other one song per day. It instantly warmed my heart. For 30 days, we exchanged Spotify links back and forth, and every day I added the songs he sent to my own personal "Sean's 30 Days" playlist.

Quick backstory: I've known Sean since eighth grade when his hair was way too long and he was incredibly shy. Throughout high school, I watched him come out of his shell more and more until we graduated and went to schools on different sides of the country. What I knew of Sean's music taste was minimal but can be summed up as John Mayer, Coldplay, and other songs you can play on the piano.

Thirty days of music-sharing can tell you a lot about a person you thought you knew. The playlist is still undeniably Sean (John Mayer and Coldplay, as predicted, at least one Disney song, and plenty of tunes with lots of piano), but I discovered how much his taste in music has changed, begging the question of what else has changed about him. For starters, his hair is much shorter, and he even has a music account to share his piano playing and singing, which surprised me considering the shy Sean I once knew.

Related:
This Long-Distance BFF Frame Lets You Light Up Your Bestie's Life With a Single Touch

Even though I think of Sean as a friend for life, life had gotten in the way as it often does. If we were both still in school, keeping something up for 30 days wouldn't have been as easy. During social distancing and these uncertain times, I was grateful to have a little bit of normalcy — a routine even. I was equal parts excited to see what Sean would send me while sharing my favorites with him as well.

If Zoom happy hours or reinvented birthday celebrations aren't your things, I highly recommend exchanging 30 days of music with an old friend. It can be a great way to break the ice if you haven't spoken in a while, and since music is something we can all relate to, it'll help you communicate and learn more about each other. While it shouldn't always take something like a pandemic to inspire you to reach out to someone, sometimes it does. What's important is that you reach out. Life really is too short.

And here's a happy little ending: I had been adding all these songs to a playlist which I was very excited to surprise Sean with at the end of the 30 days to show I actually cared about the music he sent me. Turns out my idea wasn't so special, as Sean also made a playlist with all of my songs, complete with a fantastic playlist cover photo with a reference to something I'm shocked he even remembers about me. I was lucky to know him then, and I'm lucky to know him now.