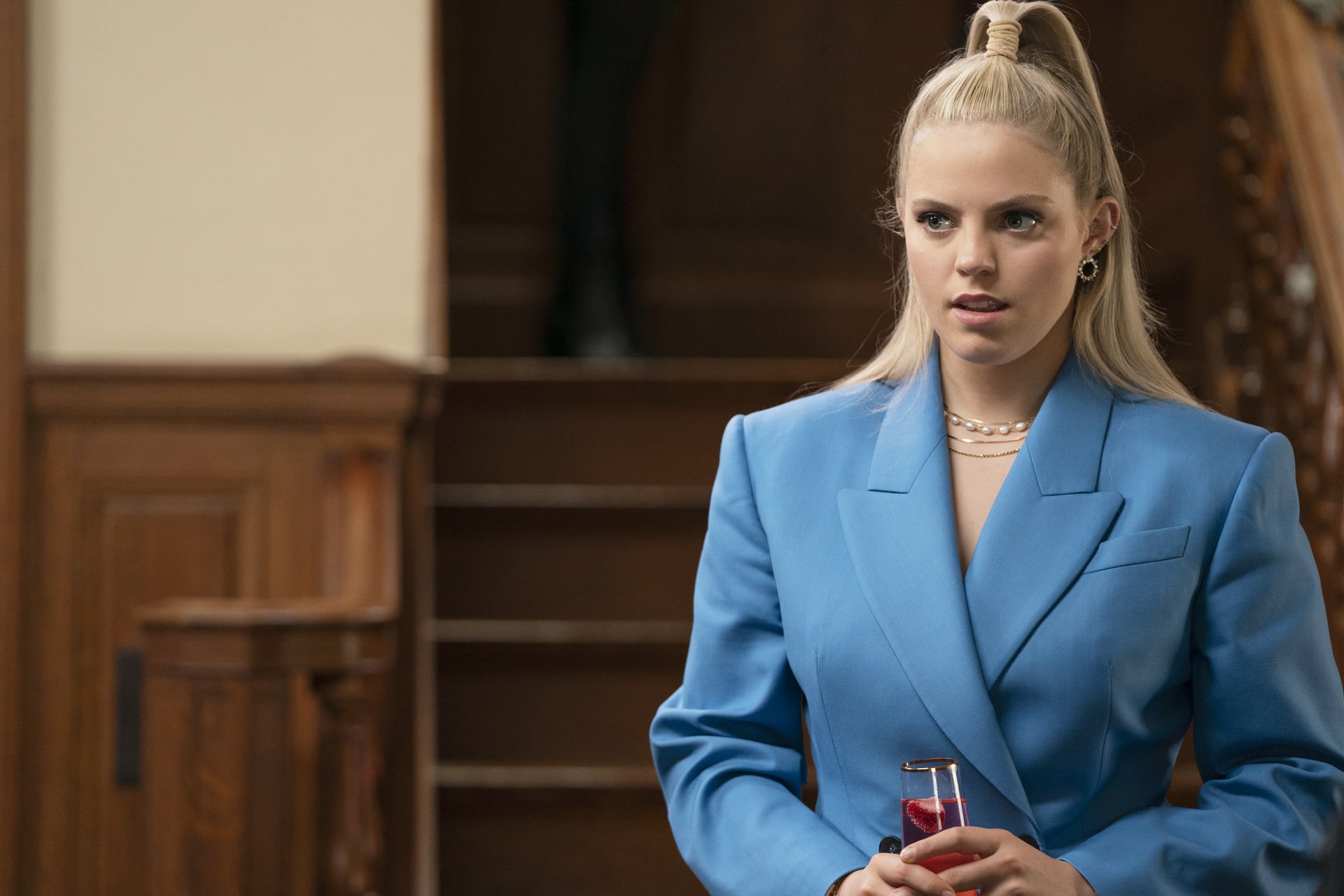 HBO Max series "The Sex Lives of College Girls" follows four students at a fictional college in Vermont as they navigate love, friendships, and, of course, sex. Former Broadway actor Reneé Rapp, who plays Leighton, a somewhat prissy upperclass student, comes out as a lesbian in the final episode of season one to roommate Kimberly (Pauline Chalamet) and later in season two to her other roommates, Bela (Amrit Kaur) and Whitney (Alyah Chanelle Scott).

Many viewers considered the emotional scene to be one of the better coming-out scenes in television, with Anna Govert of Paste Magazine calling the scene the best "in recent memory," as it deals with familial expectations, internalized homophobia, and self-acceptance.

Now in a new interview with People, Rapp — who's bisexual in real life — shared that season two came with personal growth for both herself and her character.

When the first season of "The Sex Lives of College Girls" came out in November 2021, the former "Mean Girls" actor told People she felt "very judged" and "didn't feel comfortable" since she worried about how people in her life might react to the show. But in the following season, Rapp was more excited about the part because most of the judgmental people in her life are, "luckily," no longer around her.

"I actually was very excited for the second season to come out, because I felt much more comfortable to not be terrified to hear something either homophobic or slut-shaming, or things like that," she said to People.

The 22-year-old also reflected on how her character's coming-out experience differed from her own. "I don't think I ever really dealt with those emotions as outwardly as Leighton did," she told People. "I kind of . . . just let sh*t go, in a bad way." Now, getting to experience it again through her character, she said it's empowering to watch Leighton go through this journey of embracing her sexuality and being open about it with others.

As for next season? HBO recently announced "TSLOCG" is renewed for season three, and Rapp told People she's looking forward to Leighton finding someone who is "really, really, really good for her."