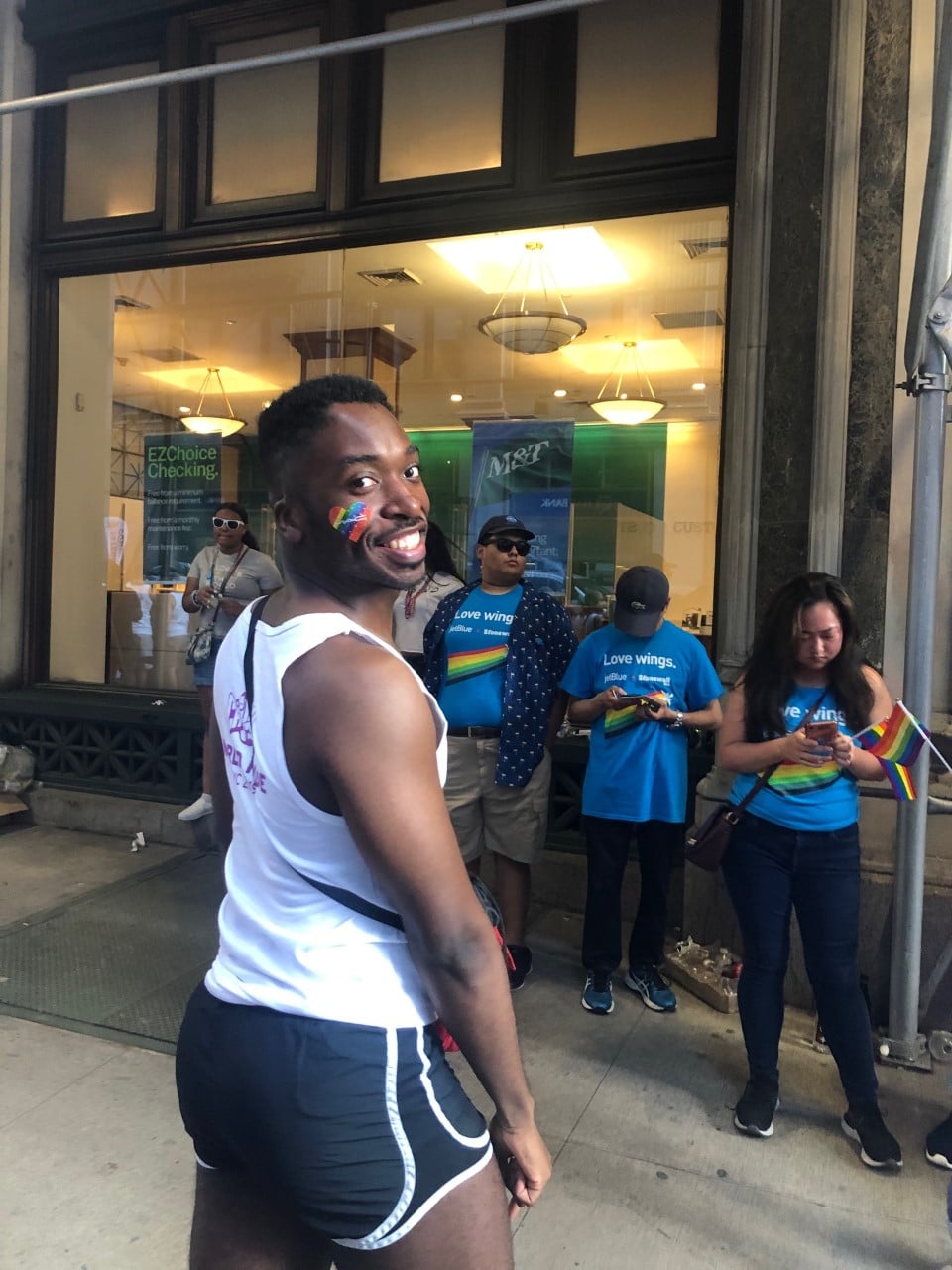 It's been a decade since my sexual assault, but I still remember it like it was yesterday. I was in eighth grade and had just created a Facebook account to stay connected with my friends before we attended different high schools, and at first, I loved it. I added all of my friends and posted fun pictures of us together, but that March, I received a horrifying post on my wall from a "friend" that changed my entire life.

"Larry, can you do us a favor and leave us alone? You are the ugliest person ever and no one likes you," the post said. There were comments back and forth, people comparing me to animals and saying how I was not attractive. And because so many people saw it, I was humiliated and ostracized by my classmates the next day. Then this "friend" coerced five guys into confronting me after lunch. They pummeled me against the lockers, caressed my body, humped me, and told me they would rape me I ever snitched on them.

I didn't tell a single soul about what happened for six years. I was scared they would find out where I lived and rape me if I told any of my friends or family. That word (and the fear attached to it) seeped so far into my bones that I couldn't rid myself of it: rape.

When you're a victim of sexual assault, you feel like the person who assaulted you took a part of you that you can't get back.

After the incident, I tried to put it as far back in my mind as I could. I got involved in numerous clubs and organizations, keeping myself busy for the rest of high school and halfway through college. I wanted to forget it had ever happened, but it still put a tremendous weight on my shoulders. Without realizing I was doing it, I was holding the incident in and letting it interfere with my relationships with family and friends.

On the outside, people saw me as this confident person who was involved in everything, but on the inside, I was depressed and angry. It was like my world was falling apart and I had no control over it.

Then, during my sophomore year in college, a floormate told me that one of my friends had been sexually assaulted while completing a photography project when a man touched her without her consent. When I heard that term — "sexually assaulted" — I immediately looked it up to read the definition, and realized then that I, like my friend, was a victim of it. I had tried to tell myself for so many years that I wasn't a victim, but as I read those words, I burst into tears. I couldn't avoid it any longer.

When you're a victim of sexual assault, you're scared of what's going to happen to you, especially when meeting new friends and potential love interests. You develop trust issues when people hurt you because you were so badly hurt in the past. You feel like the person who assaulted you took a part of you that you can't get back. For me, coping meant eating until the pain was gone and sleeping as much as I could to escape the world. It meant (and still means) being scared to walk out of my house, especially since I'm a pansexual.

I eventually realized that, in addition to my trust issues, I'm also afraid of rejection, especially when someone wants to start a relationship with me. While I know that being able to build trust with someone will come back in time, it's still hard. To this day, I'm still working on getting the part of me back that was stolen from me. But when the time comes, I will find the right person that will love me for me. And I'll be able to let them in.