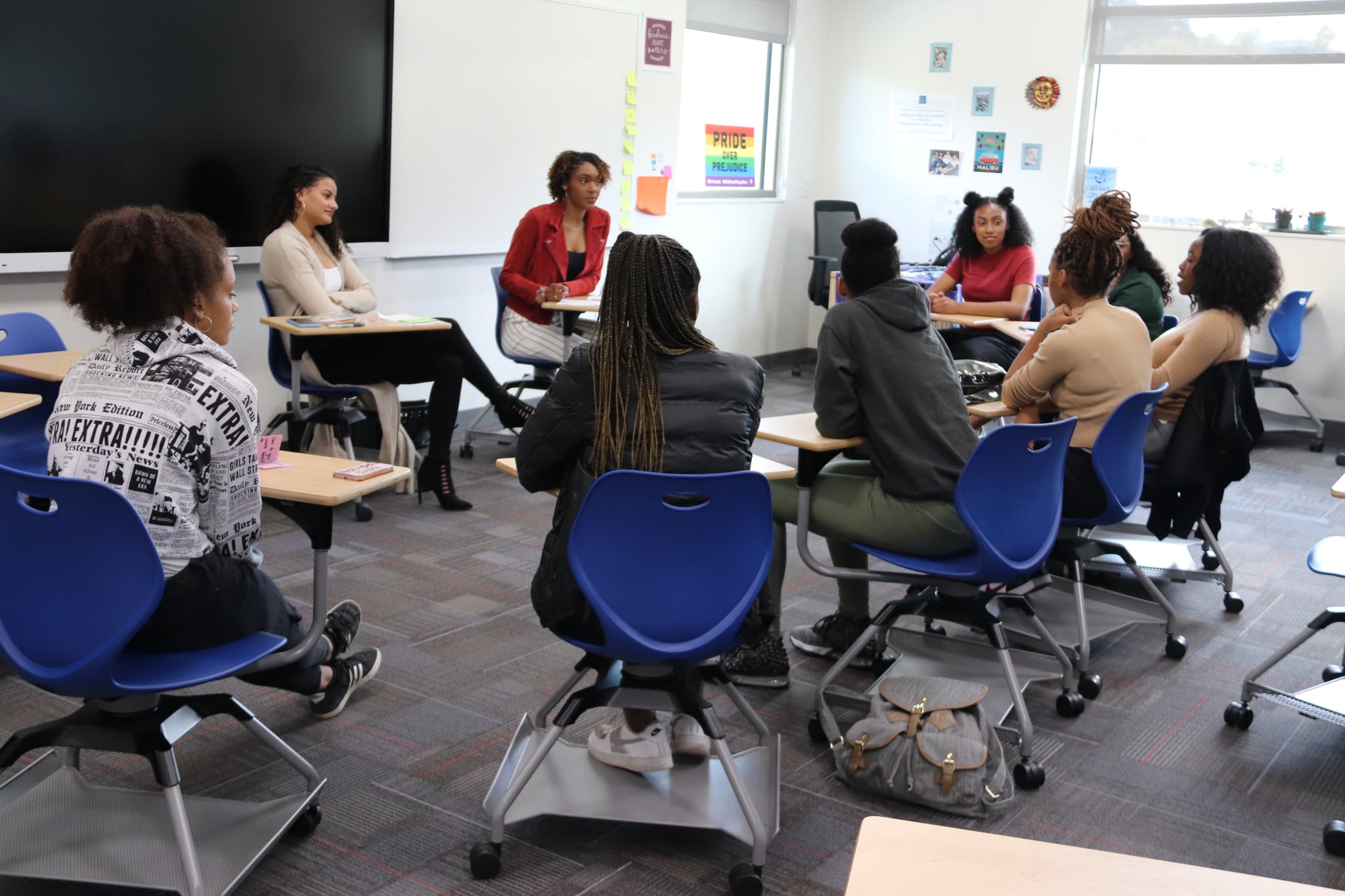 According to research, Black women make up the majority of those who occupy the role of diversity director/practitioner in the United States. However, within many organizations, Black women are often pigeonholed in this visible-yet-invisible role in which they're expected to be the shield, singularly leading diversity efforts for the institution with little to no substantive support. We're also often made to be targets, where we experience vitriol within the workplace in the form of microaggressions, anti-Blackness, misogynoir, racism, pay inequity, and more. The experience of being made both the shield and the target significantly impacts the physical and mental health of Black women, negatively positioning us in the workplace and causing high turnover rates.

Historically, Black women have been expected to do both roles within the workplace and beyond. In the predominately white spaces that we navigate, everyone turns to us to support and uplift them and lead efforts in activism and justice, yet at the very same time we're on the receiving end of criticism, tone policing, and disrespect.

From my perspective as a Black woman, there is never a time in the workplace when we're not oscillating between being both the shield and the target.

Black women as the shield can be attributed back to the "mammy" stereotype, where Black women were seen as maternal figures and loyal servants. Born on the plantation, the "mammy" trope was perpetuated to justify enslavement, but also to posit the Black woman as the protector of the white family above any and everything, content with being in servitude.

When Black women work within systems and push for accountability or call out racism, the dismissiveness, refusal to listen, or the predictable "why is everything about race with you" happens.

This thinking continues today, but has evolved into Black women becoming the face of an organization, where they are on the front lines to address systemic racism — the very issue they experience on a daily basis. This leads to the tokenization of Black women in an attempt to give an external illusion that an organization values diversity and inclusion, whereas their actions tend to suggest they are value upholding the status quo along with the centering of whiteness. Accordingly, Black women are symbolically used as props, but over time, their mere presence makes them a target.

Milyna Phillips, a diversity practitioner based in Washington DC, painfully shared her experiences within the workplace with POPSUGAR, saying, "It didn't start off adversarial, but eventually became a contentious relationship between me and my employer. It started off as a 'honeymoon phase,' and quickly dissipated to where I regularly experienced misogynoir (anti-Black misogyny specifically directed towards Black women), affecting my mental health and wellness."

In many cases, Black women begin their journey into the workplace with a lot of energy and ideas, ready to do the work to ascend up the company ladder. When those ideas start to challenge the status quo, that's when we begin to feel and sense some pushback. Phillips continued, "When my behavior changed to no longer feeling grateful to have the job and I wasn't intimidated by others who were senior in the organization, this is when the retaliation and sexual assault began."

Related:
Don't Just Be an Ally to the Black Community — Be an Accomplice

This phenomenon that Black women experience is known as "pet to the threat," where Black women move quickly from being the most liked to the most despised in the workplace. The more ambitious we are in our own professional growth, the more others become threatened by our confidence. "When I started to question and call out policies that were rooted in unfairness, the more pushback I received," Phillips said. "I remember that's when the gaslighting began."

Racial gaslighting refers to psychological manipulation centered on race in which the manipulator tries to get a person to question their own reality and experiences of racism. When Black women work within systems and push for accountability or call out racism, the dismissiveness, refusal to listen, or the predictable "why is everything about race with you" happens — a common practice in racial gaslighting. Phillips recalled this happening to her, saying, "They denied, ignored, and blamed me. The onus was put back on me as a Black woman to fix it. The very issues I brought to the surface, I was now responsible to change."

This pattern of behavior accounts for the low retention rates of Black women within the workplace and for the disproportionate level of "burnout," a result of the toll of the emotional labor required of a diversity director within a predominately white institution (PWI). Organizations continue to perpetuate this vicious cycle, creating an unsafe working environment for Black women, akin to the one that Phillips described.

If companies are to change their practices, it will first have to begin with listening to Black women. Don't question our experiences. Believe us. Entrust us to lead. Entrust us to make the workplace more equitable for everyone. Trust us to do our jobs.

Next, pay us for our talents and expertise. Black women currently make 62 cents to the dollar as compared to their white male counterparts, and pay inequity is a form of racism in which Black women are paid considerably less for their work despite advanced degrees and depth of experience.

As a result of this glaring disparity, companies need to work diligently to create a work environment in which Black women are respected and protected. Those in positions of power have to be willing to risk their social capital, using their privilege as shields to protect Black women. Black women have been and continue to be the backbone of the workforce, despite the challenges we inherently face due to the confluence of our racial and gender identity.

Our intersectional journey as Black women needs to be discussed so that other Black women know that they are not alone, and that we all, not one of us, will no longer permit being both the shield and the target. There is no blame in sharing our experiences, as our Blackness shouldn't be framed as the problem.

Our Black womanhood is a source of strength, beauty, and excellence, where our voices are deserving of affirmation, amplification, and protection.

Every organization should be asking themselves, "What are we doing to protect Black women? How do we not rob Black women of their humanity?"