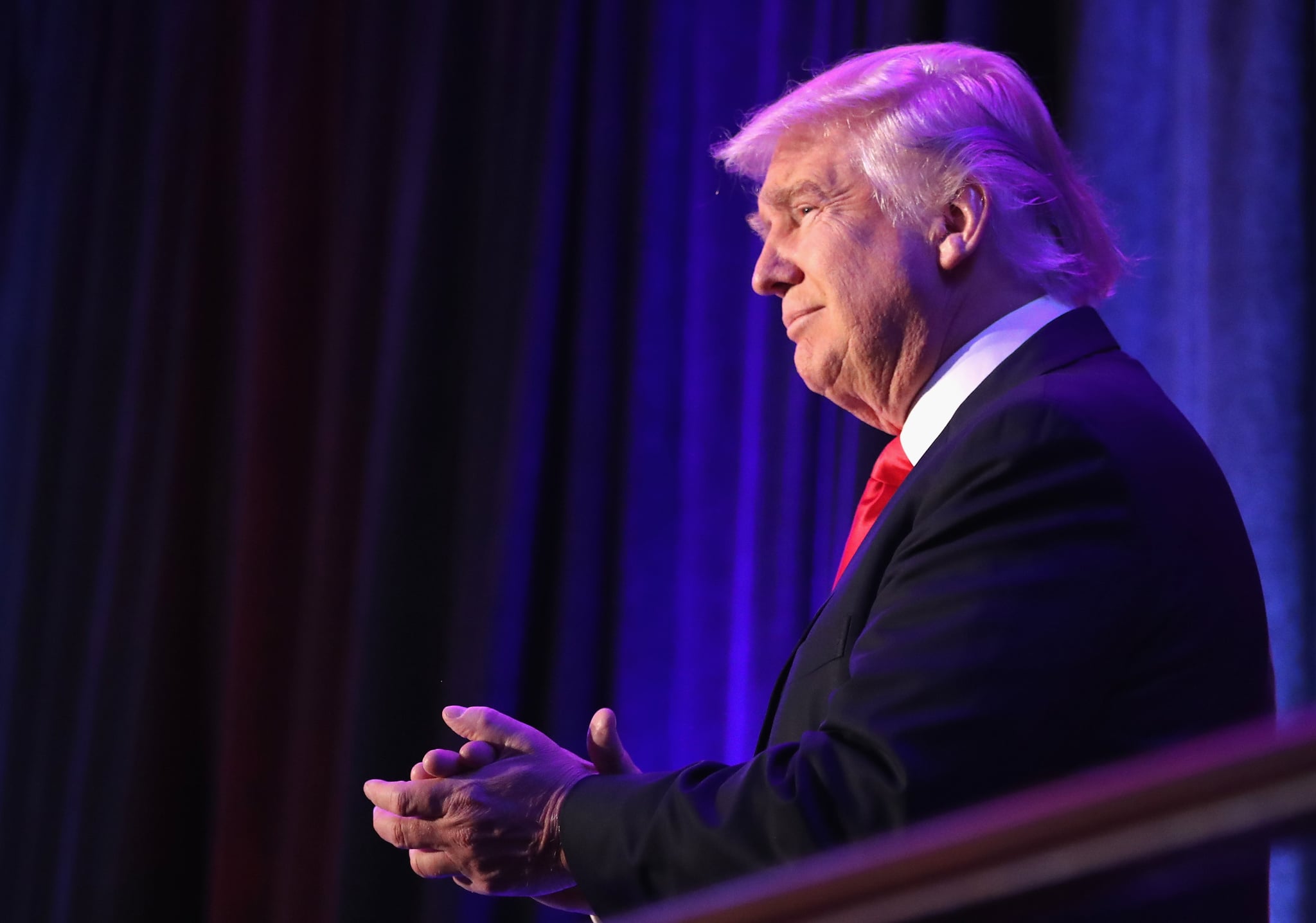 Donald Trump's win on Tuesday night sparked panic for many voters concerned about some of the drastic promises he made and policies he put forth during his campaign. We took a look at some of the Republican's campaign promises to illustrate which of those will be exceedingly difficult, if not impossible, for him to achieve when he takes the White House in 2017 and the ones he is poised to make realities.

Trump spent much time on the campaign trail vowing to pursue criminal charges against Clinton for mishandling confidential information (yep, the "email scandal"). Who could forget Trump's "you'd be in jail" retort during the second debate? Even if Trump decided to double down on such a mission once in office, the FBI has already cleared Clinton twice, and historians and legal scholars maintain that it would likely be difficult for Trump to find an attorney general willing to bring charges against her in the face of the lack of evidence.

However, with reports suggesting Rudy Giuliani could be Trump's pick for attorney general, it becomes more likely that he could. Still, Trump's campaign appears to be distancing itself from that effort in the wake of his win in favor of a push for unity. On CNN Tuesday night, his campaign manager, Kellyanne Conway, said it was not discussed after his victory and reiterated his new message about bringing the country together. Trump himself was uncharacteristically respectful of Clinton in his acceptance speech, saying America owes her "a major debt of gratitude for her service to her country."

Legal experts have widely panned Trump's proposed ban on Muslims entering the country as unconstitutional, and within his own party, several outspoken and prominent voices have pushed back against the Muslim ban as xenophobic and un-American. House Speaker Paul Ryan, who has been vocally against it, would ensure it did not have the backing of Congress. Trump could try to institute the moratorium via executive order, but again, an attempt to place a blanket ban based on a person's religious affiliation would almost certainly be struck down by any court for violating the Constitution before it could be instituted.

3. Building a Wall Between the US and Mexico and Making Mexico Fund It

Experts in fields as diverse as civil engineering, security, and immigration widely agree that Trump's proposed 1,000-mile wall is a logistical nightmare that would be nearly impossible to pull off. They also estimate that the project would cost as much as $20 billion to construct, a sum highly unlikely to receive the necessary Congressional approval. Not to mention that the Mexican President Enrique Peña Nieto has openly scoffed at the idea that his country would pay for the wall, and Trump has no easy way to force him to do so.

Trump's plan to deport the estimated 11 million people illegally living and working in the United States was a strong central theme in his campaign, and he estimated he could finish the job in just two years. He often pointed to President Eisenhower's deportation push in 1954 as proof that his own plan was possible, but times have changed in the last 70 years. Today, a host of new laws that impact how law enforcement can behave, prevent racial profiling, and cement civil rights would make rounding people up for deportations difficult. For perspective: deportations are currently at a modern high, and we are still only deporting 400,000 people each year. Coupled with the fact that most deportations require the approval of judges, Trump's promise to eject all undocumented immigrants in two years is a certain impossibility, though he could certainly hasten the speed and number of deportations.

While the unlikelihood of many of those central campaign promises may offer a small measure of reassurance to Trump's opponents, there are two other big promises Trump is much more likely to be able to deliver on: namely, to place a conservative justice on the Supreme Court and to repeal the Affordable Care Act.

Those two initiatives have broad support among the Republican majority that has been voted into Congress and could spell serious trouble for the future of reproductive rights in America. While it's important to remember that presidents do not operate in a vacuum, it's also our civic duty to stay aware of the very real powers they hold to enact change — for better or worse.