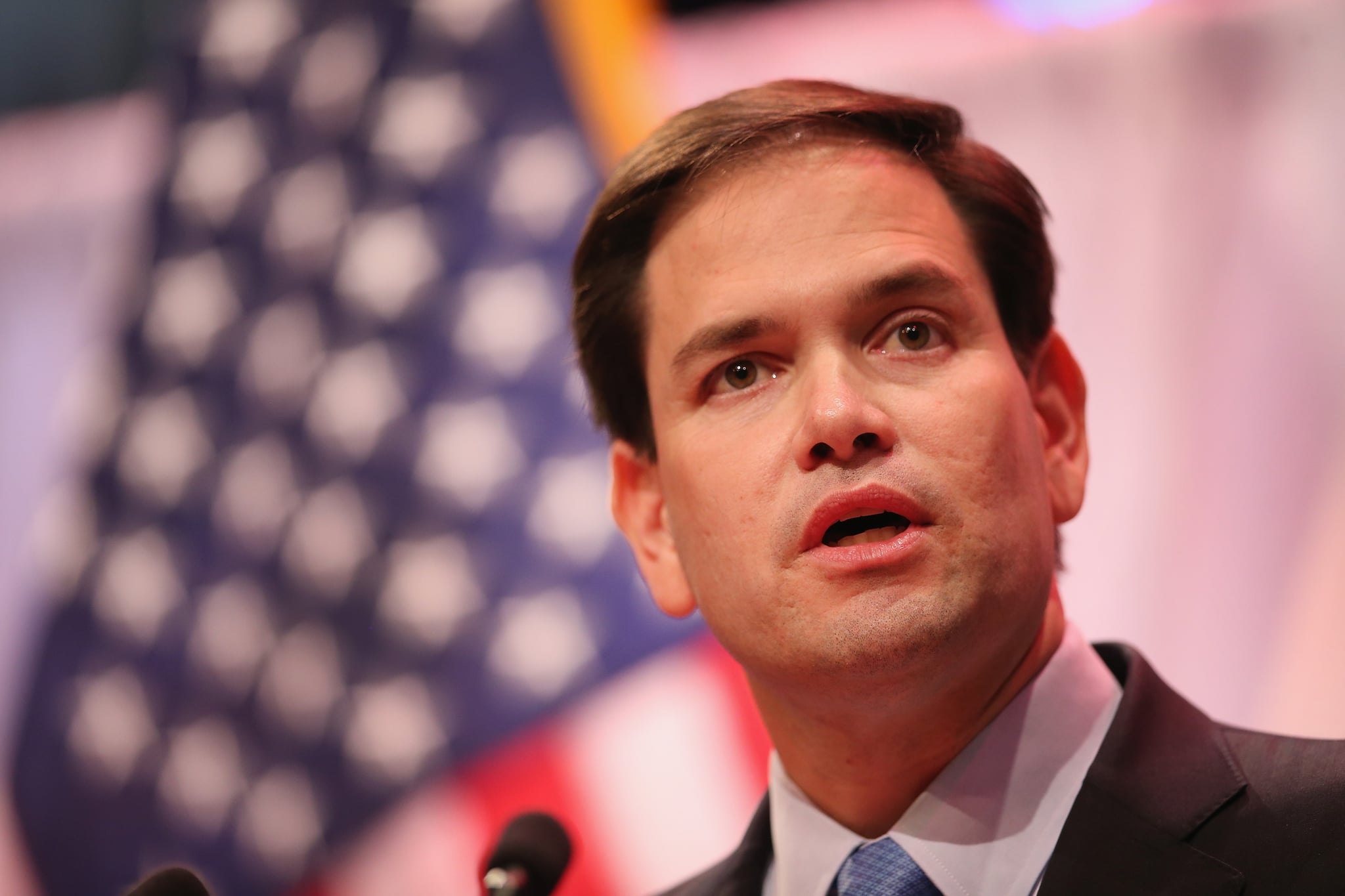 Marco Rubio took third place in the Republican Iowa caucus Monday night, with a solid 22.9 percent of the vote. According to political convention, there are three "tickets out of Iowa." That means Rubio joins first-place winner Ted Cruz (27.7 percent) and second-place finisher Donald Trump (24.3 percent) as the front runners. Buckle up.

Rubio made a triumphant speech following the results, positioning himself as a stronger leader than President Barack Obama, as well as Bernie Sanders and Hillary Clinton. "2016 is not just a choice between two political parties. 2016 is a referendum," he proclaimed, telling supporters that if the Democrats win, Obamacare will become law, liberals will sit on the Supreme Court, and the nation will be in decline. He also tested out some Hillary Clinton attack lines, saying she was disqualified to be president due to her email and Benghazi scandals.

Rubio also promised to unify and grow the conservative movement as the Republican nominee. After months of crowded debates and up-and-down poll results, the first crop of voters has helped narrow down the field for primary voters in other states — and for the political bigwigs who will start throwing weight and dollars behind the few favorites. Considering neither Cruz nor Trump took more than 30 percent in Iowa, Republican voters may coalesce around Rubio as a viable alternative. Supporters for the rest of the candidates made up about 25 percent of the vote, which means they could decide who wins. Perhaps third-place finish is actually be better than first or second. It was for John McCain in 2008, when he came in third place in Iowa but later won the nomination.

Already, Rubio is seeing a boost in momentum. South Carolina Senator Tim Scott is rumored to give him his endorsement following Iowa, which will help Rubio immensely in that crucial state's primary on Feb. 20. Rubio, 44, is a first-term Florida senator and trying to become the nation's first Latino president. The Miami native and son of Cuban immigrants has also served as the Speaker of the Florida House of Representatives from 2006 to 2008. He is pro military spending and has sent mixed messages on immigration, most recently opposing a clear path to citizenship for undocumented immigrants and deferred deportation for those brought to the US illegally as children (the so-called Dreamers). On social issues, he says he's against gay marriage, but notes he respects the Supreme Court's recent decision. He is against the Affordable Care Act and its free birth control provision and also opposes abortion in all cases. For more, check out how all the Republican candidates stack up with our cheat sheet.