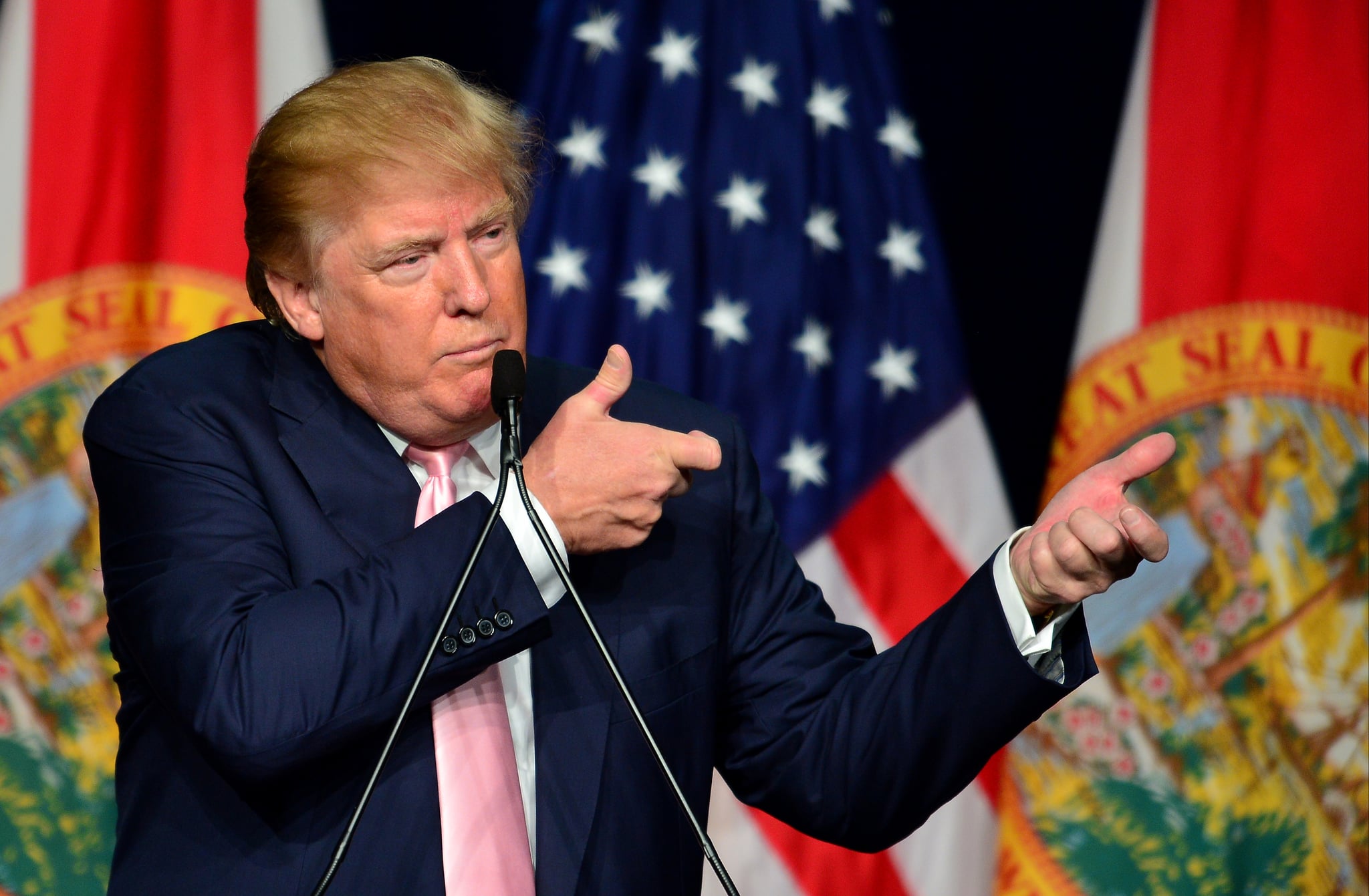 Donald Trump began his speech at Youngstown State University in August by highlighting the imminent dangers and impending doom America faces. "This Summer, there has been an ISIS attack launched outside the war zones of the Middle East every 84 hours," he said in Ohio. "Here, in America, we have seen one brutal attack after another."

The Republican presidential nominee then went on to list more than a dozen unconnected attacks in Europe and America, attributing some to ISIS and implying "radical Islamic" terrorism was behind all of them. They included June's mass shooting at Pulse in Orlando, FL, the 2013 Boston Marathon bombing, and the July attacks on Dallas police officers. Yet despite this fear-inducing rhetoric, the truth is we're living in one of the safest times ever.

You are 35,070 times more likely to die from heart disease than a terrorist attack, according to the Center For Disease Control and Prevention. And the average American is about as likely to be crushed under furniture or a television set as they are to die in a terrorist bombing.

You are 35,070 times more likely to die from heart disease than a terrorist attack.

But this is exactly what terrorism is meant to do: make you terrified. Richard Barrett, a global expert on antiterrorism and security, says terrorism is extremely strategic. "Terrorism tries to make us scared by causing intentional damage in a way that we could imagine it happening to us, like setting off a bomb in a market or shooting people at a concert," he told POPSUGAR News.

"Terrorism is not about killing a lot of people, but about killing enough to make everyone else afraid that they may be next. It is a psychological tactic, not a military one." Part of the point of terrorism is to make it feel bigger than it is — like it's everywhere at once. ISIS, since their main tactic in recent months has been to claim any and all attacks as their own, is particularly good at this.

When Tunisian driver Mohamed Lahouaiej-Bouhlel drove his van through a crowd in Nice, France, in July, ISIS claimed responsibility 36 hours later. Officials were quick to call the attack an act of "Islamist terrorism" despite the fact that Lahouaiej-Bouhlel was never found to have a direct connection to ISIS, according to The Guardian. ISIS has done the same thing with other attacks around the world, making them seem more threatening than they could possibly be.

Steven Pinker, a professor of psychology at Harvard, agrees. "Remember that terrorists in particular really, by design, distort our view of violence," Pinker said in an interview with NPR. "The amount of damage that terrorists do in terms of the number of people they kill is a fraction of the number of people who die in ordinary day-to-day homicides. But they have hit on a formula for guaranteeing news coverage and guaranteeing the attention of the world."

Terrorists, according to Pinker, are extremely good at controlling the media's attention — high-octane stories of violence sell. That in turn creates more coverage, and everyone becomes more terrified of potential terror attacks. It's a vicious cycle. And the fallout of our collective fear, says Barrett, is that we often blame a person or group for the violence. For example, following the shooting in San Bernardino in December 2015, Trump said if he became president, he would ban Muslims traveling to America. He has also previously called for the surveillance of mosques and supported creating a database to document all Muslims in the country. It's a reflexive response to scapegoat someone, sometimes anyone, for making us feel scared. But this only leads to more violence, according to Barrett.

"People like to put a face and identity on to whoever threatens them, while terrorists like to remain anonymous," Barrett said. "ISIS wishes to promote antagonism between Muslims and non-Muslims in order to get more supporters. Its narrative is that the Muslim faith is under attack. So any action that tends to confirm this, such as an attack on a mosque or more racism, works to their advantage. Fear encourages action, and action produces counteraction."

While it may seem like the world is crumbling into a post-apocalyptic landscape where no one is safe from a terrorist attack, Pinker says it's not true. He has written extensively about how global trends in violence are on the decline.

"We must not assume that society is falling apart. We're pretty safe."

"We must not assume that society is falling apart. We're pretty safe," he said to NPR. "If you certainly choose the most violent parts of the world at any given time, they're going to be pretty violent. But if you count the number of parts of the world that are violent versus those that aren't, then you see that the world is becoming more peaceful."

In an article he wrote for Slate, Pinker deep-dives into data from 88 different countries, including Mexico and Russia, and finds the crime rates are in an overall decline. Homicide rates in some parts of the world have been chopped in half, and violence against women and children has also seen major drop-offs. Mass killing of civilians has been dropping year over year since the 1980s and the slight uptick we're seeing now with events like the Syrian war has barely moved the death rate.

Here at home, the rate of violent crime on the whole is falling. According to the FBI, although the amount of times guns are used lethally has increased, violent crime in the US has dropped by 49 percent since it peaked in 1991. The Washington Post reports the fall in the national crime rate might be correlated with more police patrolling, an increase in security thanks to technology, a decline in alcohol consumption across the country, and improvements in the economy since the early 1990s.

Indeed, we are living in more peaceful times, even though it can feel like violence is increasingly threatening; terrorism remains unlikely to affect the lives of common Americans. And while it's impossible to prevent all attacks, Barrett says the preferred tactic against terrorism is to show resilience. "The best defense is to demonstrate that terrorism is not making us change our attitudes and is not influencing the way we interact with one another or undermining the values that we aspire to uphold as a society," Barrett said.

That is certainly a lesson Mr. Trump could use.