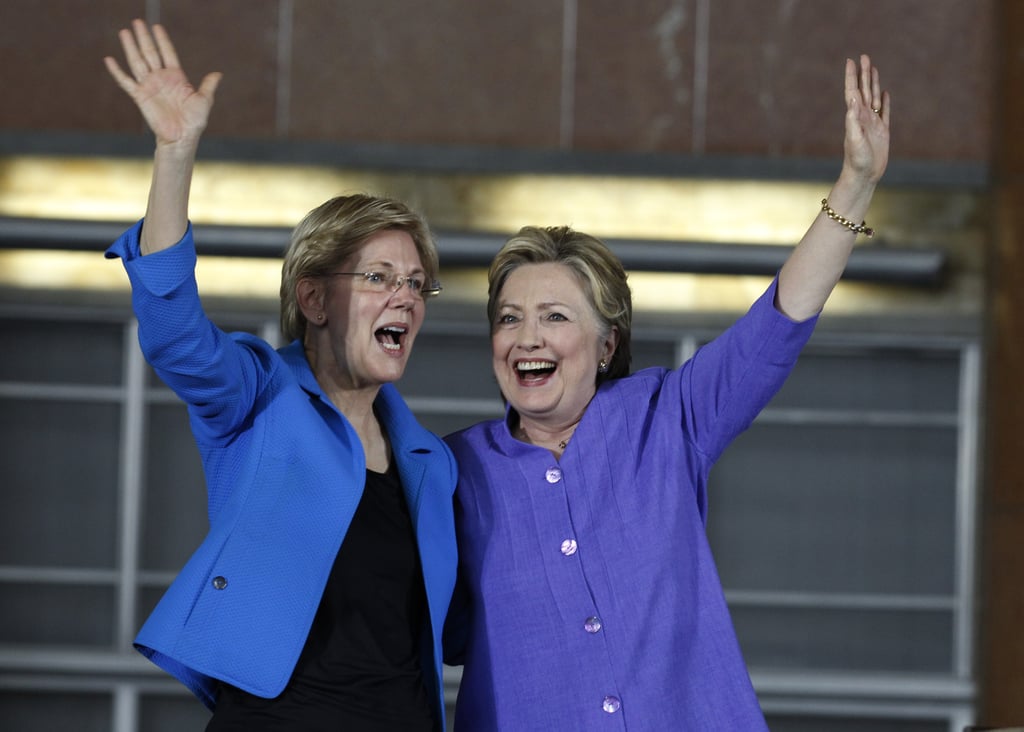 When Hillary Clinton ostensibly secured the Democratic presidential nomination, people immediately began speculating who she might choose as her running mate. Unsurprisingly, pundits floated Bernie Sanders as a potential running mate given his popularity among younger voters. But the real fantasy choice would be historical and seemingly unlikely: Senator Elizabeth Warren. The senior senator from Massachusetts has held her seat since 2013, and she's made a name for herself battling corruption on Wall Street. Warren, age 67, is also a former professor at Harvard Law and considered an expert in banking law.

Though Warren is a ferocious champion in the Senate, she initially seems to be an improbable pick because of her contentious history with Clinton. Warren has long fought the behemoths on Wall Street and has even criticized Clinton for her relationship to the financial industry. There are many examples of Warren disagreeing with Clinton's policies, including a widely circulated interview between Warren and Bill Moyers from 2004. In the discussion, Warren coolly censures Clinton's initial opposition of a malicious bankruptcy bill while her husband was president and then changing her position as a senator, presumably out of fear she might lose valuable donors.

Warren's battle against Wall Street suggests she wouldn't even want to run with Clinton, who has been criticized for being a puppet to big banks, but she also vehemently condemns Donald Trump. After Trump became the presumptive Republican nominee, Warren sided with the former first lady, fueled by her disdain for the real estate mogul.

She is now campaigning for Clinton — a clear signal that defeating Trump is the ultimate goal. But does that mean Clinton will choose Warren to be her running mate? Progressives hope so. A few reports, including one from ABC News, indicate Warren is "being vetted" by Clinton's team as a potential vice presidential pick. However, other Democratic leaders have suggested picking Warren would be a mistake since it would mean losing her in the Senate.

When asked if he thought Clinton should choose Warren as her running mate, Harry Reid, Senate minority leader, responded: "If we have a Republican governor in any of those states the answer is not only no, but hell no. I would do whatever I can and I think most of my Democratic colleagues here would say the same thing." (Charlie Baker, the present governor of Massachusetts, is Republican.) There's also the rather unfortunate point that having two women on a ticket might deter male voters.

So if Democratic leaders don't want Clinton to choose Warren and Warren herself has only recently endorsed Clinton, then why is she even being considered as a potential vice president? Warren has proven herself as a viable adversary of Trump, perhaps even more so than Clinton. She has publicly slammed Trump more than once, calling him "a thin-skinned racist bully" during a June speech and rallying his "dangerous policies" on Twitter.

Warren isn't afraid of Trump, and that might be exactly what Clinton needs to win.