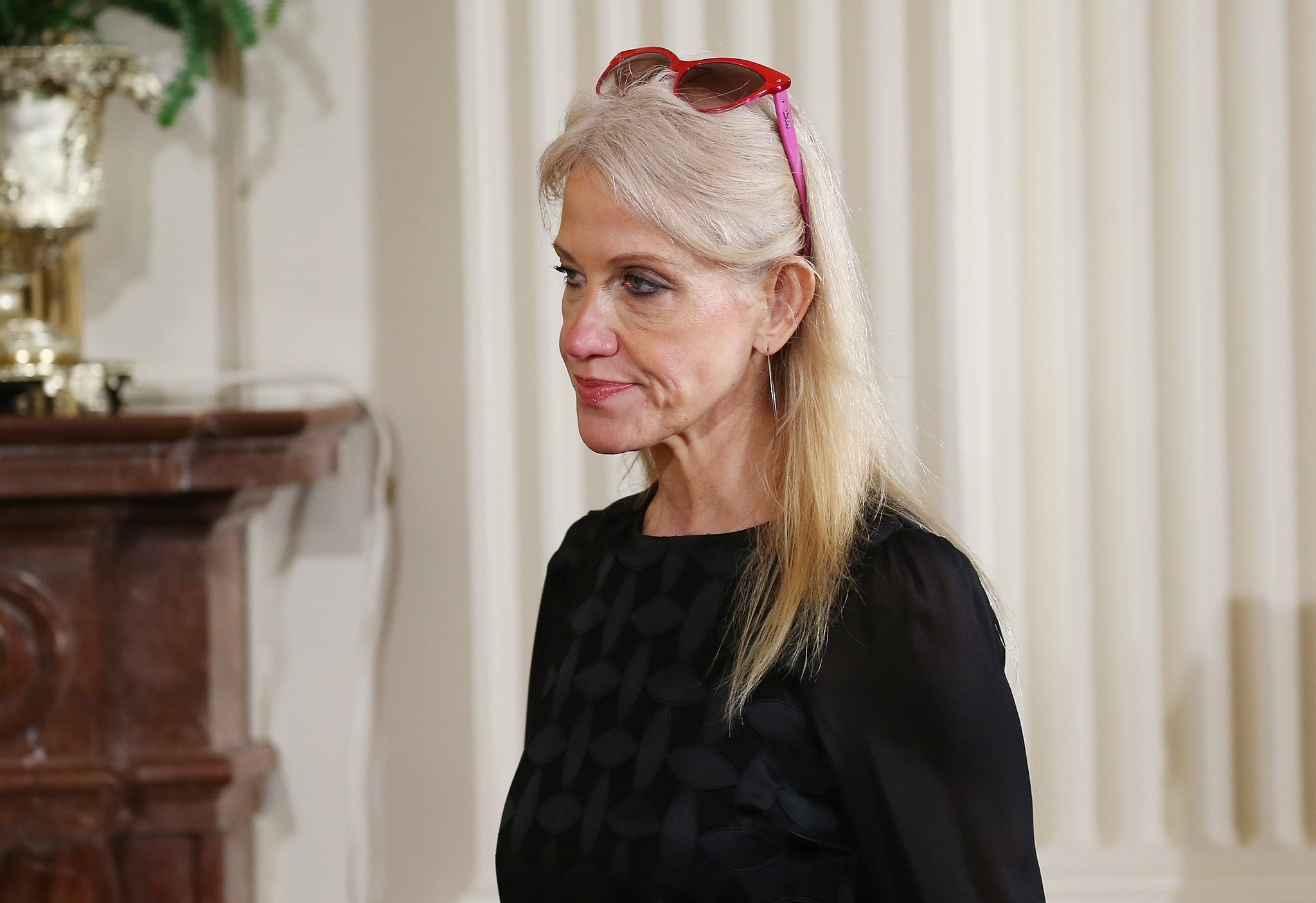 Update:
In a tweet posted on May 16, Conway responded to the claims made by Morning Joe hosts that she does not like working with President Donald Trump. She wrote her "beliefs, commitments, and loyalties are plain to see." She also said it's a "privilege to assist President Trump in the White House, just as it was during the campaign." You can read her full statement and the original story ahead.

Taking a moment from more important matters to respond .... pic.twitter.com/B0uL0ME0Bi

Original story:
On MSNBC's Morning Joe, Mika Brzezinski and Joe Scarborough shared some shocking anecdotes that raise questions about Kellyanne Conway's loyalty to Donald Trump. According to the hosts, Conway frequently felt "dirty" about what she had to say to protect the then-presidential candidate.

At the start of the segment, Brzezinski said, "This is a woman who came on our show during the campaign and would shill for Trump in extensive fashion and then she would get off the air, the camera would be turned off, the microphone would be taken off and she would say, 'Blech, I need to take a shower,' because she disliked her candidate so much."

Brzezinski's cohost and fiancé then backed her claims and said Conway just viewed her role as campaign manager as a fleeting gig. "She said, 'This is just my Summer vacation, my Summer in Europe and basically I'm just going to get through this,'" said Scarborough. He also noted that Conway began to refer to Trump as "my client" following the release of the infamous Access Hollywood "P*ssy tape."

That being said, Conway has continued to relentlessly defend the president — no matter the digression — in her new role as counselor. In February, the Morning Joe hosts blacklisted Conway for appearing to be untruthful. They have since held up that rule and Conway has not appeared as a guest on the show since.