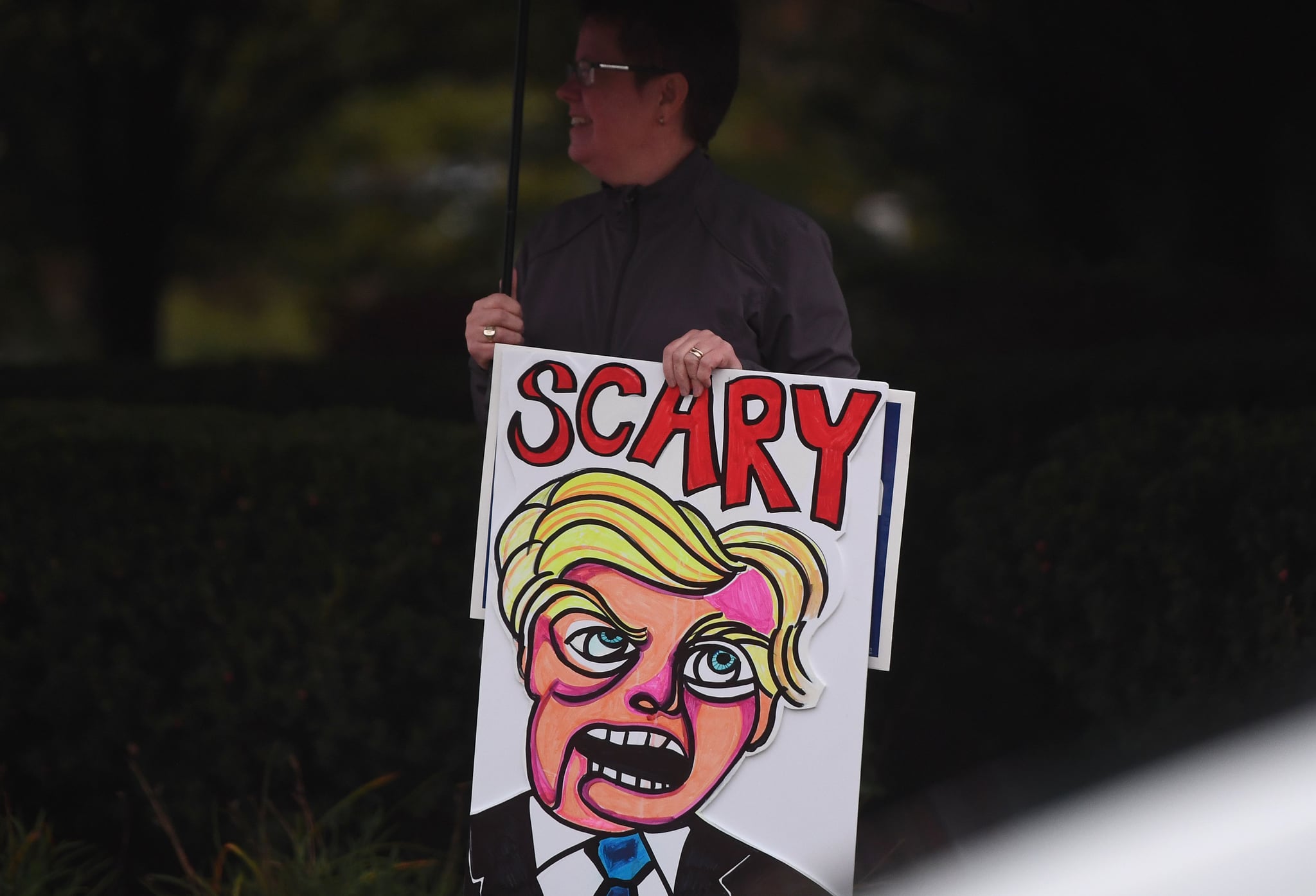 "It's just words, folks. It's just words." Donald Trump should tell that to the one in six American women who have experienced some kind of sexual violence in their lifetimes. During the second presidential debate, the GOP nominee tried to blow off the leaked audio of him saying he could grab women by the p*ssy by explaining it as "locker room" talk. But women know it's not just words — and we fear the actions that follow them.

From a young age, women have had to bear the burden of these words.

Women know. And men know, too. But men should be outraged by Trump's words not because they have a daughter or sister or mother or wife, but because they're decent human beings. Trump also knows, for he has faced his own sexual assault allegations, including when his former wife Ivana Trump once said he raped her.

We also know they're not just words because — despite the whole "sticks and stones may break my bones, but words will never hurt me" adage — scientists have shown that words have the power to affect behavioral change. "Verbal insults, verbal abuse, and the power of words to affect your emotions and actions are well demonstrated in science," wrote Susan Smalley, PhD, in The Huffington Post. She gave an example of a study that found that just hearing sentences about elderly people led subjects to walk more slowly, and another that found that people who read the words "loving kindness" showed increases in self-compassion.

Throughout the campaign, we've heard this idea of the "Trump effect" playing out in schools, with some kids being meaner to each other or bullying the Latino and Muslim students in their classes. Trump's words fuel action; but in the case of the leaked tape, hopefully it only fuels people to the voting booth — for a Hillary Clinton vote.