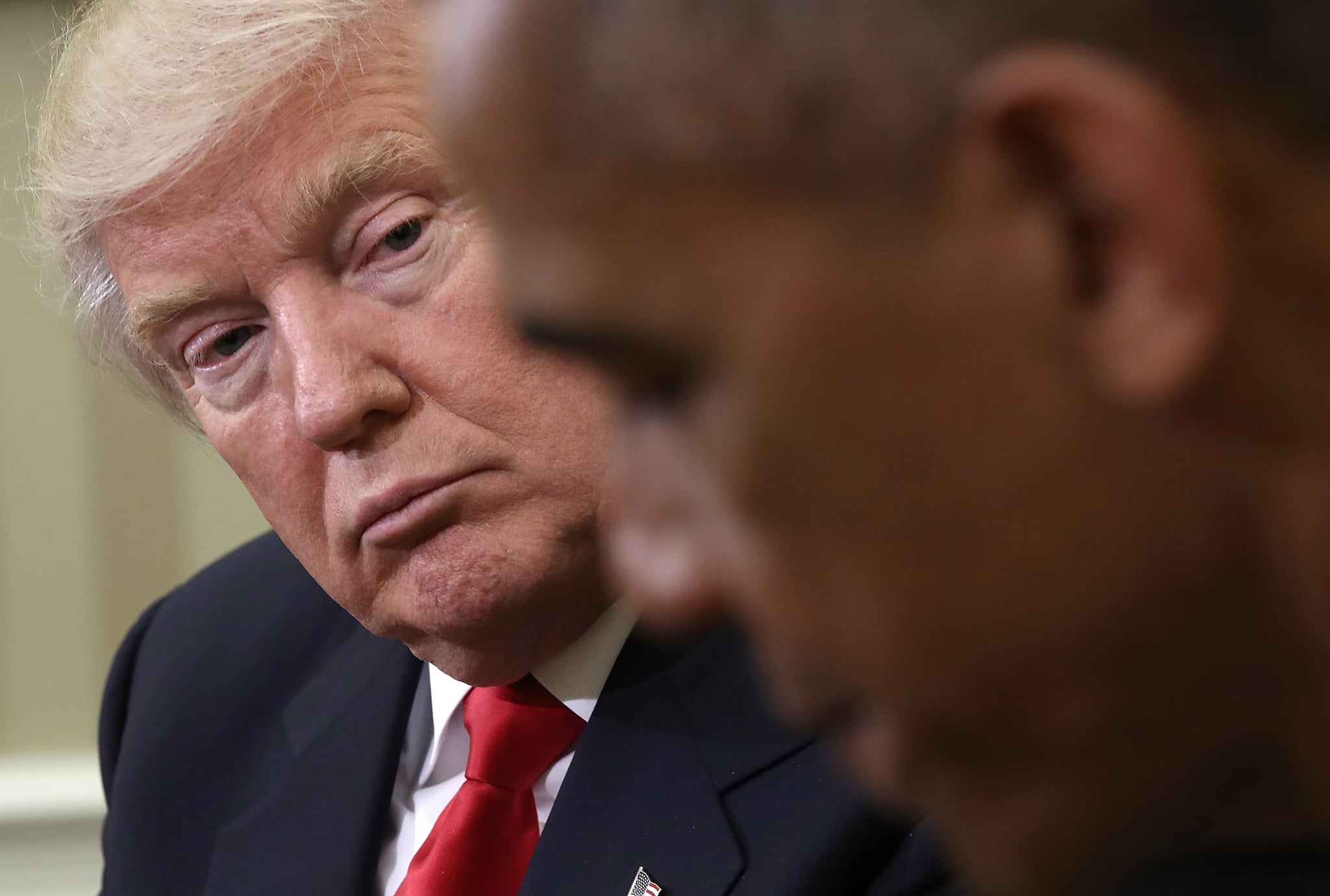 Donald Trump infamously spearheaded the birther conspiracy theory up until the very end of his presidential campaign. After years of claiming Barack Obama wasn't born in the United States, Trump was forced to admit that Obama is in fact a natural-born citizen. The admission made it seem as though the preposterous attacks on Obama's citizenship would finally stop. As it turns out, Trump still has his doubts.

In a story about the president's recent denial of the leaked Access Hollywood tape, The New York Times spoke with several advisers who said Trump still privately questions the authenticity of Obama's birth certificate. A senator — who asked not to be named — confirmed these claims and said Trump has had a hard time letting go of the conspiracy theory.

The president has recently received backlash for defending Senate candidate Roy Moore, accused of several instances of sexual misconduct with young women. Unsurprisingly, Moore is also a committed participant of the birther movement and has been since Obama's election. As recently as December 2016, Moore said he still doesn't believe Obama is a natural-born citizen. "My opinion is, there is a big question about that," he said. "My personal belief is that he wasn't."