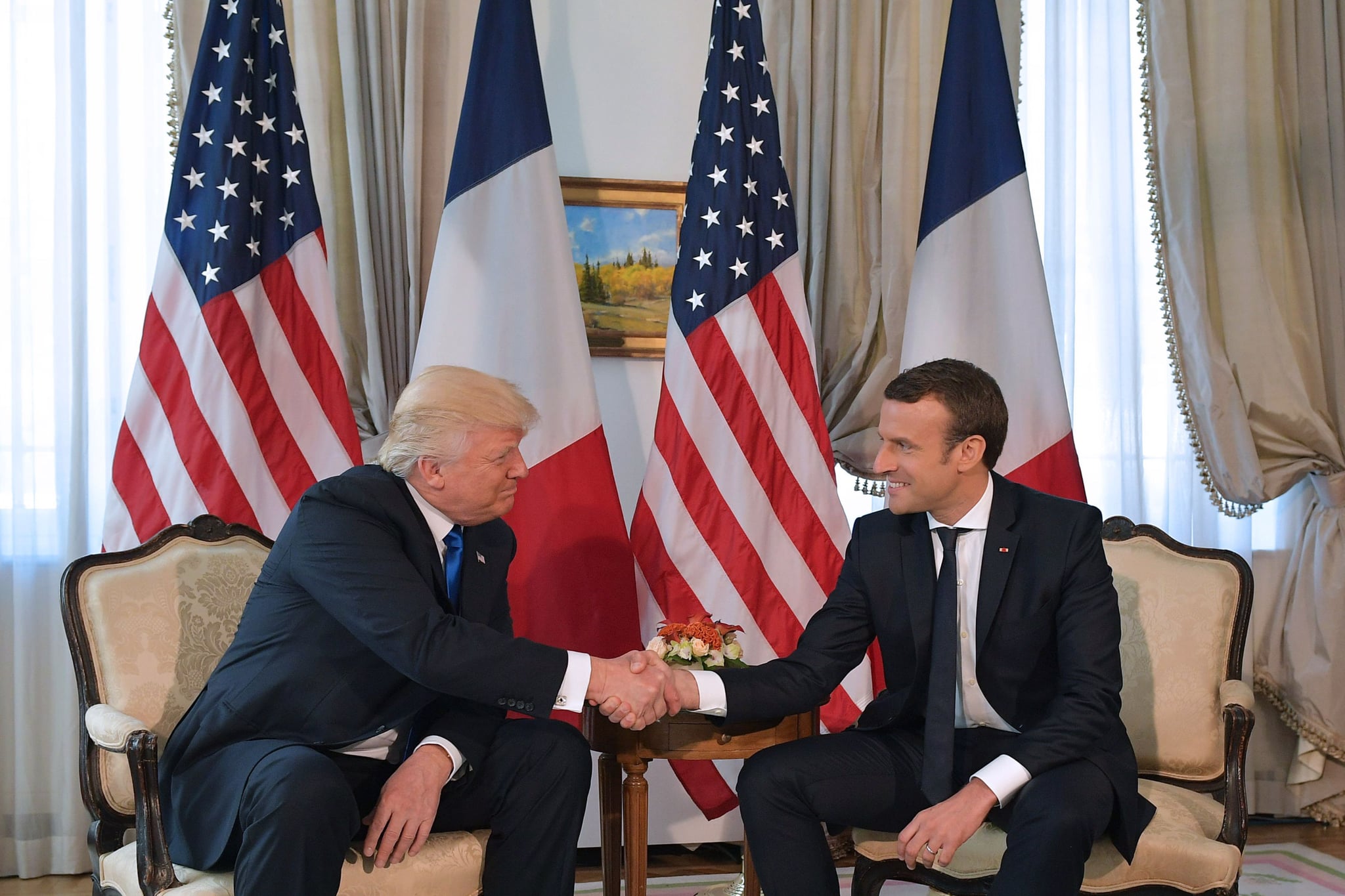 Donald Trump will meet with French President Emmanuel Macron again during an upcoming trip to France on Bastille Day, July 14. While the president will be celebrating the important national holiday, his trip will symbolically serve as a centennial commemoration in honor of the United States's entry into World War I, which officially took place in April 1917.

In a statement released on June 28, the White House said Trump had accepted Macron's invitation. "President Trump looks forward to reaffirming America's strong ties of friendship with France," the statement read. "The two leaders will further build on the strong counter-terrorism cooperation and economic partnership between the two countries, and they will discuss many other issues of mutual concern."

The White House's comment implies that the trip will help strengthen relations between the two nations and their leaders. And it's worth noting that when Trump first met the newly elected Macron in Brussels on May 24, things did not exactly go well. Macron went into the meeting already well aware of Trump's notoriously suffocating handshake, so he made sure to assertively grip the president's hand until he gave up on their apparent duel.

Related:
Trump Has Reportedly Asked World Leaders to Contact Him on His Cellphone

In an interview with Journal du Dimanche following the highly publicized handshake, Macron said his actions were certainly intentional. "My handshake with [Trump] was not innocent, not the alpha and the omega of a policy, but a moment of truth. We must show that we will not make small concessions, even symbolic ones."

More recently, an older video of Macron discussing climate change went viral as the internet's apparent response to Trump's decision to pull out of the Paris Agreement. In the video, Macron welcomes American scientists to his country. "Please come to France, you are welcome. It's your nation; we like innovation. We want innovative people," he said. Since releasing the video, Macron has also set up a not-very-subtly shady website: www.makeourplanetgreatagain.fr.

Despite the fact that Trump said he wouldn't be visiting France following the terrorist attack in Nice on Bastille Day in 2016, it's a statement that he's apparently rescinded. At the time, he said, "I wouldn't go to France because France is no longer France . . . . They won't like me for saying that, but you see what happened in Nice."

Given the rising tensions between the two leaders, this trip shouldn't be awkward at all! Bon voyage, Trump!