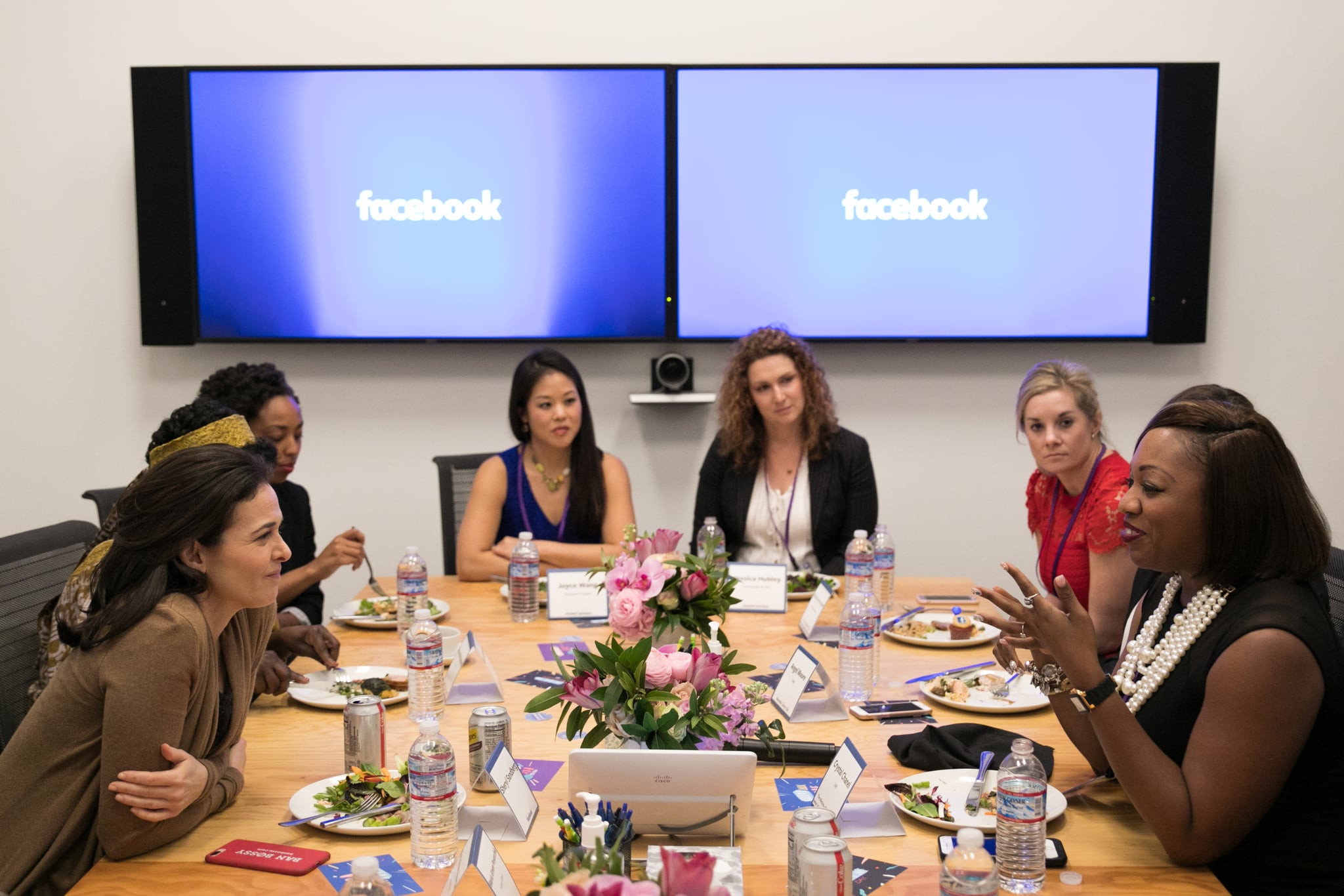 When social media is used as a tool to do good, the effects can be powerful — sometimes even life-changing. Never has that been more clear to me than as I sat beside Facebook's Sheryl Sandberg and an impressive group of women who are using the platform in unique and compelling ways. From a 30-year-old woman who gathered a community of nearly 90,000 Israeli women to others who turned their birthdays into meaningful fundraisers, the women who gathered at Facebook's Menlo Park campus for International Women's Day had one thing in common: they're using social media to lift up others. Particularly other women.

As we sat down for lunch, Sandberg invited the women to share their stories. I expected to hear a detail or two about how each of them has incorporated Facebook tools into their work, but instead I listened to emotional, deeply personal, promising stories of real women making an impact. Their drive felt contagious.

How Women Are Taking Action

Sandberg herself is a force. "As women, we systematically underestimate ourselves. People underestimate us. Men apply for promotions when they meet some of the criteria; women apply for promotions when they meet all of the criteria," she said. When Moore mentioned that she was recently promoted, Sandberg led the group in applause. "Every promotion for every woman — it matters," she said. "It matters." 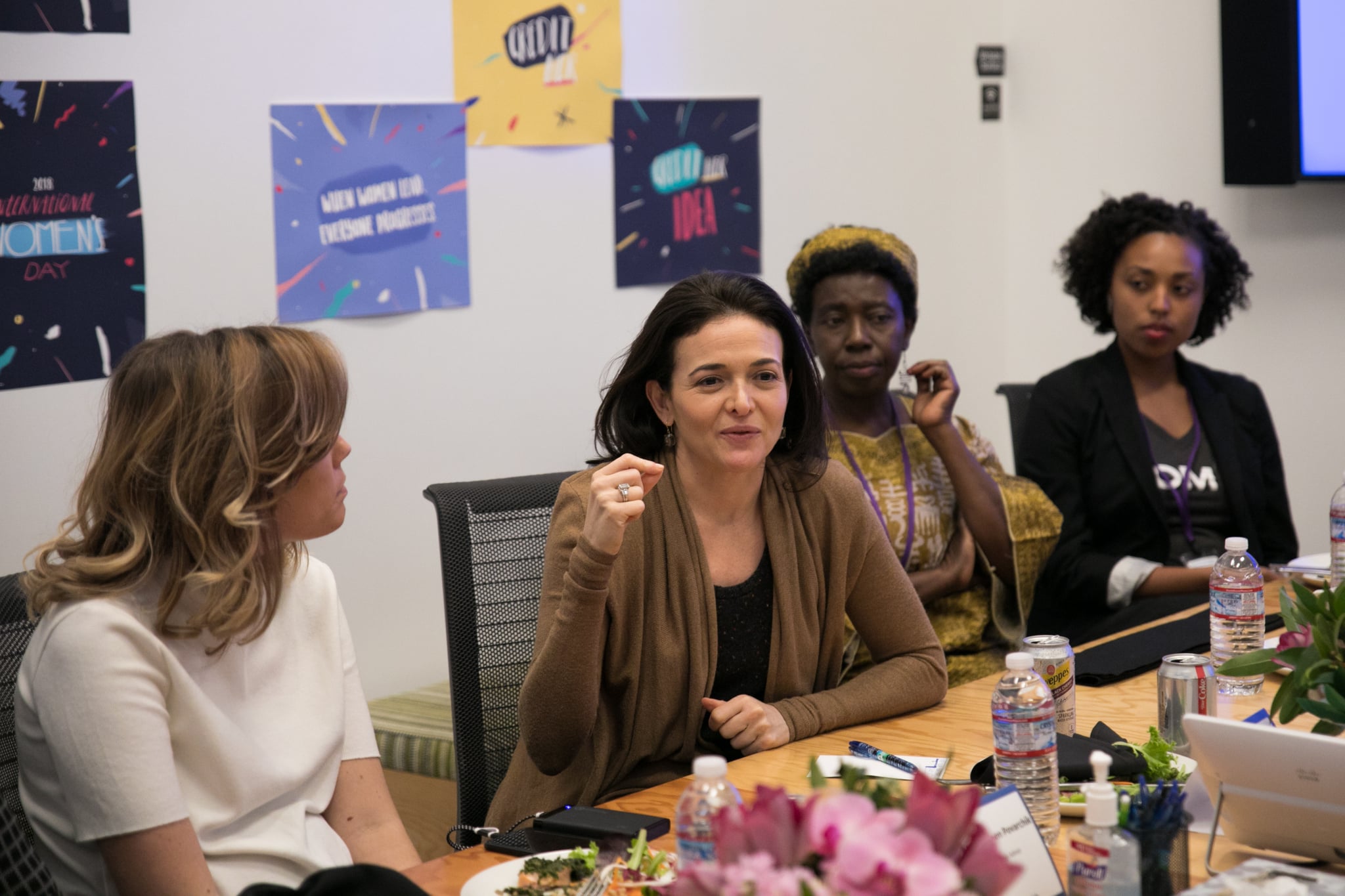 She's right, and sitting at the table with those women, I was struck by how they're working to build up other women, not just themselves. There's Crystal Chanel, who used Facebook to dig herself out of a financial crisis after being laid off. There's Maria Green Povarchick, who created the Israeli Supergirls community — a name inspired, she said, by the group's nearly 90,000 women who "want to do it all." There's Vanessa Puopolo, a mother who created a supportive Facebook group of more than 37,000 moms. I met Crystal Chanel, who used Facebook to build a business after being laid off, and Angel Moore, who brought the Alameda County Fair's Facebook presence up to more than 100,000 followers with zero marketing experience under her belt.

"Every promotion for every woman — it matters."

I was inspired by the story of Joyce Wang, who asked Facebook friends to support a local nonprofit, AnnieCannons, for her 35th birthday. Run by CEO Jessica Hubley, AnnieCannons helps women who are survivors of human trafficking by teaching them to code and helping them find tech jobs. Wang far surpassed her $300 goal, raising $3,680. Likewise, Natalie Hunter Rockefeller turned to friends and family to help her support Arkansas's Women and Children First, the domestic violence shelter where she volunteers, and she raised more than $4,000.

It's important to share these women's stories because, as Sandberg put it, they're leading the charge while "reaching back to bring others with them."

One of the best ways to spend International Women’s Day? Surrounded by remarkable women who are lifting up their...

The Impact of Women Helping Women

One of the day's most profound takeaways came from Musimbi Kanyoro, CEO and President of the Global Fund For Women, who sat beside Sandberg as a special guest. "You must do something that goes beyond yourself," she said. "It's much more brave to do good for others."

Crystal pointed out the significance of women helping one another. "We are the educators of the world, we are the nurturers of the world, we have the communities that we're part of on our backs — and we carry them wearing our high heels," she told me. "Seeing all the diversity in the room, it reminds us that woman is woman, and we all have this amazing responsibility that we take on with a sense of pride."

"It's much more brave to do good for others."

For Angel, the experience at Facebook confirmed what she's already begun to witness in her own life: women coming together now more than ever. "We're supporting each other as women here today, but more than that, I feel myself supporting women outside this room. I'm starting to feel that more as a woman. We're lifting each other up . . . and for me, I almost feel like a weight's lifting off my shoulders."

I understood exactly what she meant, and I felt the same way: hopeful.

"People drag social media sometimes, but . . . this is what social media does," said Vanessa. "It's not just horrible stories. It's people affecting the lives of other people in real, tangible ways. This stuff happens all the time, and it's coming from these women." 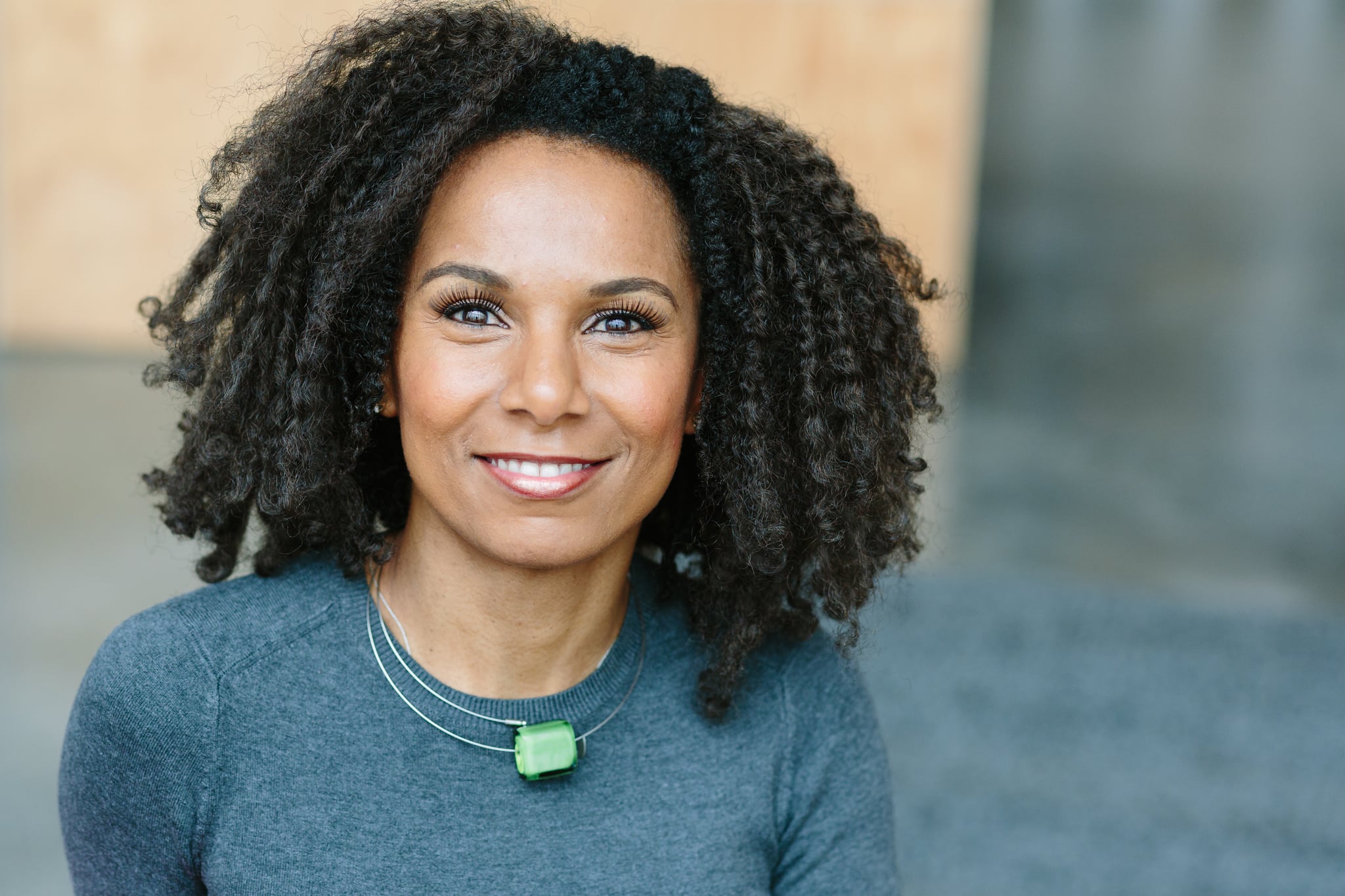 Sandberg's philosophy and the attitude of the women using Facebook's tools echoed my conversation with Maxine Williams, Facebook's chief diversity officer. I had the opportunity to speak with Williams ahead of the luncheon, and as we discussed her efforts at Facebook, she emphasized the power that arises when attitudes shift. "One needs to adjust one's mindset," she said, in order to enact change.

"We're stronger together," she told me. "The most important thing is to understand that lifting up one of us lifts us all up — including the lifter. We all benefit." 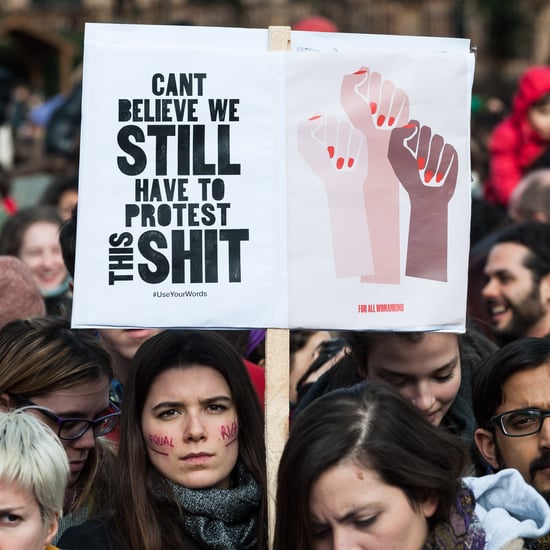 Personal Essay
Men, the Women in Your Life Are Tired
by Angela Law 3/11