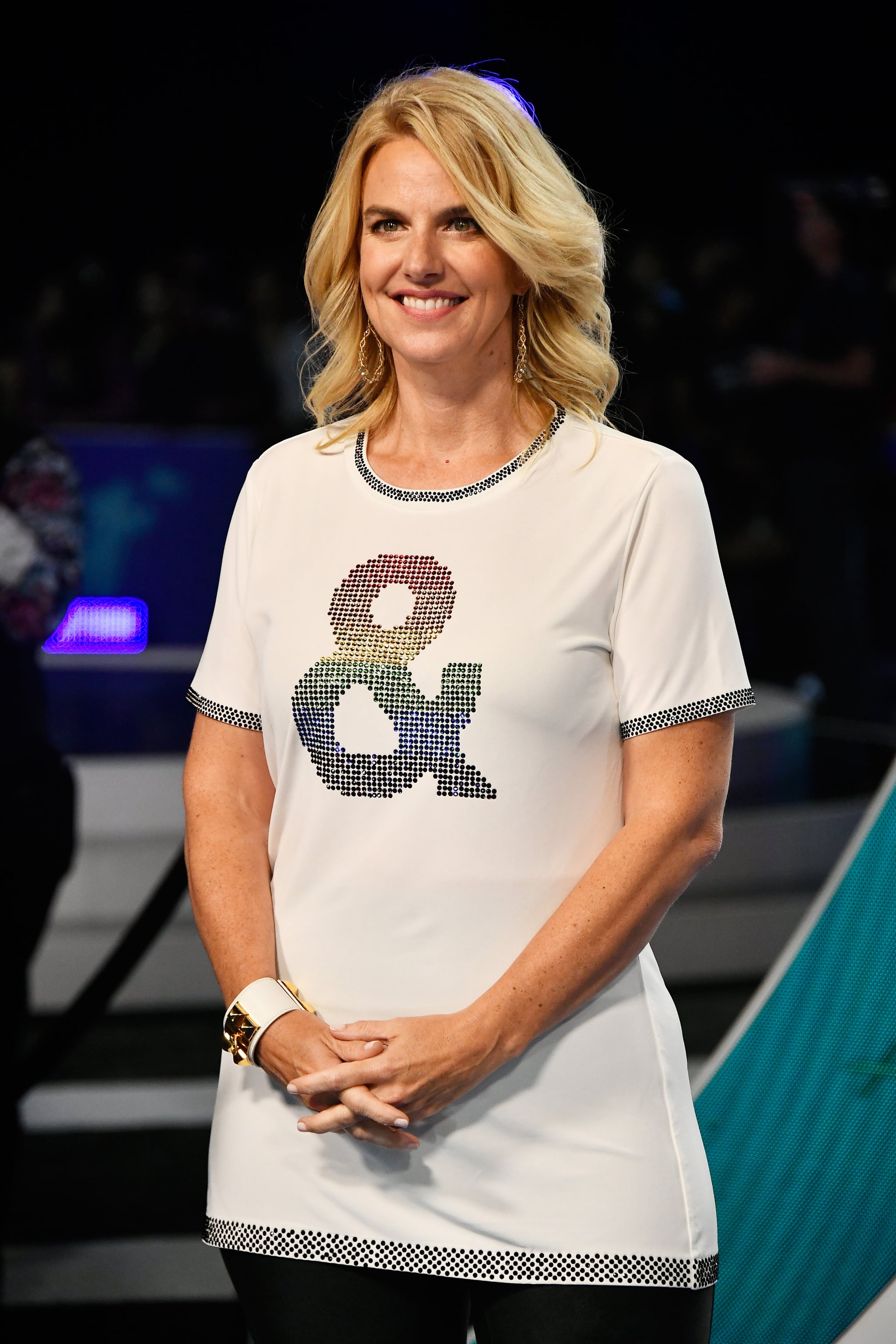 Sunday night marked a progressive leap forward for the MTV VMAs. The award show was charged from the get-go: this year, MTV replaced the Moonman trophy with a gender-neutral "Moonperson," and during the ceremony, several stars shared their own political commentary. Pink wore a more subtle statement, while Paris Jackson called out white supremacists and Nazis when she took the mic.

Perhaps the most brilliant and meaningful decision, though, came when MTV opted to invite transgender military service members to the ceremony. The troops were accompanied by GLAAD CEO and President Sarah Kate Ellis, who participated in POPSUGAR's LGBTQ+ Pride Month essay project back in June with a personal essay about togetherness.

"It's such an honor and privilege to be with the people who are on the front lines for us, for our safety, security, and freedom. I feel honored to be with them tonight."

"It's such an honor and privilege to be with the people who are on the front lines for us, for our safety, security, and freedom," Ellis told me on the red carpet. "I feel honored to be with them tonight." Ellis seemed to share our sentiment that MTV's decision to invite transgender military service members was more than just a gesture. "I think this night is so remarkable because it's been such a fight on the front lines, literally every day, with this new administration. [There are] targets put on the backs of every marginalized group in this country, but to be with the trans service members today is really special. I feel really privileged, especially after Friday." Ellis was, of course, referring to President Donald Trump's official memo directing the Pentagon to move forward with the transgender military ban on Aug. 25. "I get to tell them in person, 'Thank you,' and 'I'm fighting for you,' and 'We've got your back on this, and we're going to fight as hard as we can.'"

Another highlight of my VMAs night was speaking with three of the transgender military members in attendance. Perhaps the most heartening aspect of our conversation was each active service member's determination to keep serving: "We're here to serve our country," Air Force Sergeant Logan Ireland stated, "and we're going to do so until we're told otherwise. That's why I enlisted, and that's why many people join the military: to serve our country."

Ellis shared my admiration for the soldiers. "You talk to them and you ask, 'How are you feeling?' Because their job is on the line. And they'll say, 'I have one job and that's to serve this country.' They don't even listen to the noise of all this crazy fighting . . . [we want] to bring awareness to the facts. Who are these people? You find out when you meet them: they are great people." This, it seems, was the purpose of the night's mission: to show the faces of the brave transgender military members who are determined to protect our freedom. To allow them to live their truth and tell their story in the beam of the MTV spotlight.

These words of kindness and reassurance brought Ellis to her final point: "[The ban] started for no good reason . . . there was not a problem that this started from. They've been serving for decades. In fact, as of a year ago, they've been working on how to serve openly and out, and that's been going smoothly. To have this 180 by this administration is nothing about being patriotic, it's all about politicizing."

Lili Reinhart
Lili Reinhart Gets Candid About Publicly Coming Out as Bisexual: "I Was Afraid"
by Kelsie Gibson 1 day ago