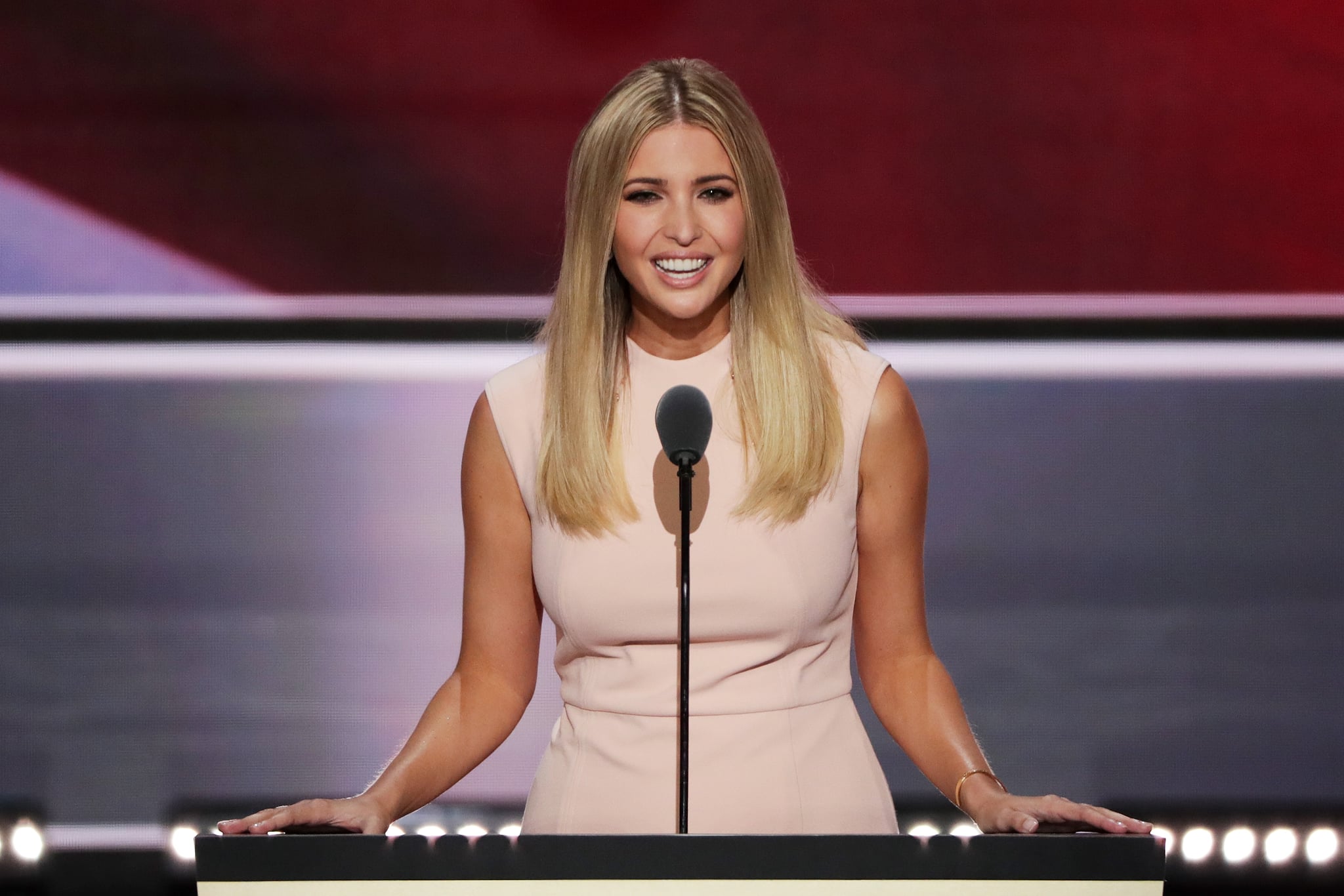 All eyes were on Ivanka Trump when she introduced Donald Trump at the Republican National Convention in Cleveland on Thursday. She opened her speech with a surprising appeal to young voters, saying she doesn't consider herself a Republican. "Like many of my fellow millennials, I do not consider myself categorically Republican or Democrat," she said. "I vote based on what I believe is right for my family and for my country." Later, as she highlighted why voters should support Trump, she called out his "empathy and generosity" toward others, saying, "He is colorblind and gender-neutral. He hires the best person for the job. Period."

Ivanka made a point to reach out to women. She said her father supported mothers and equal pay at the Trump Organization and would do the same for the country when he becomes president. Our reporters in the Cleveland arena noted that the crowd was engaged during Ivanka's speech. But her comments about apparent government support for families did not receive the same enthusiastic cheers as calls to build a wall or "lock up" Hillary Clinton made in previous convention speeches. It seemed Ivanka was appealing to undecided people at home more than the party faithful.

Throughout the week, several members of the Trump family spoke, including Donald Trump Jr., Eric Trump, Tiffany Trump, and Melania Trump, whose speech sparked a plagiarism controversy. For her part, Ivanka Trump didn't mention Clinton, focusing on her father's character, calling him a "fighter," and noting his "kindness and compassion."

Watch Ivanka's speech in the video above, then catch up on all our coverage of the Republican National Convention.