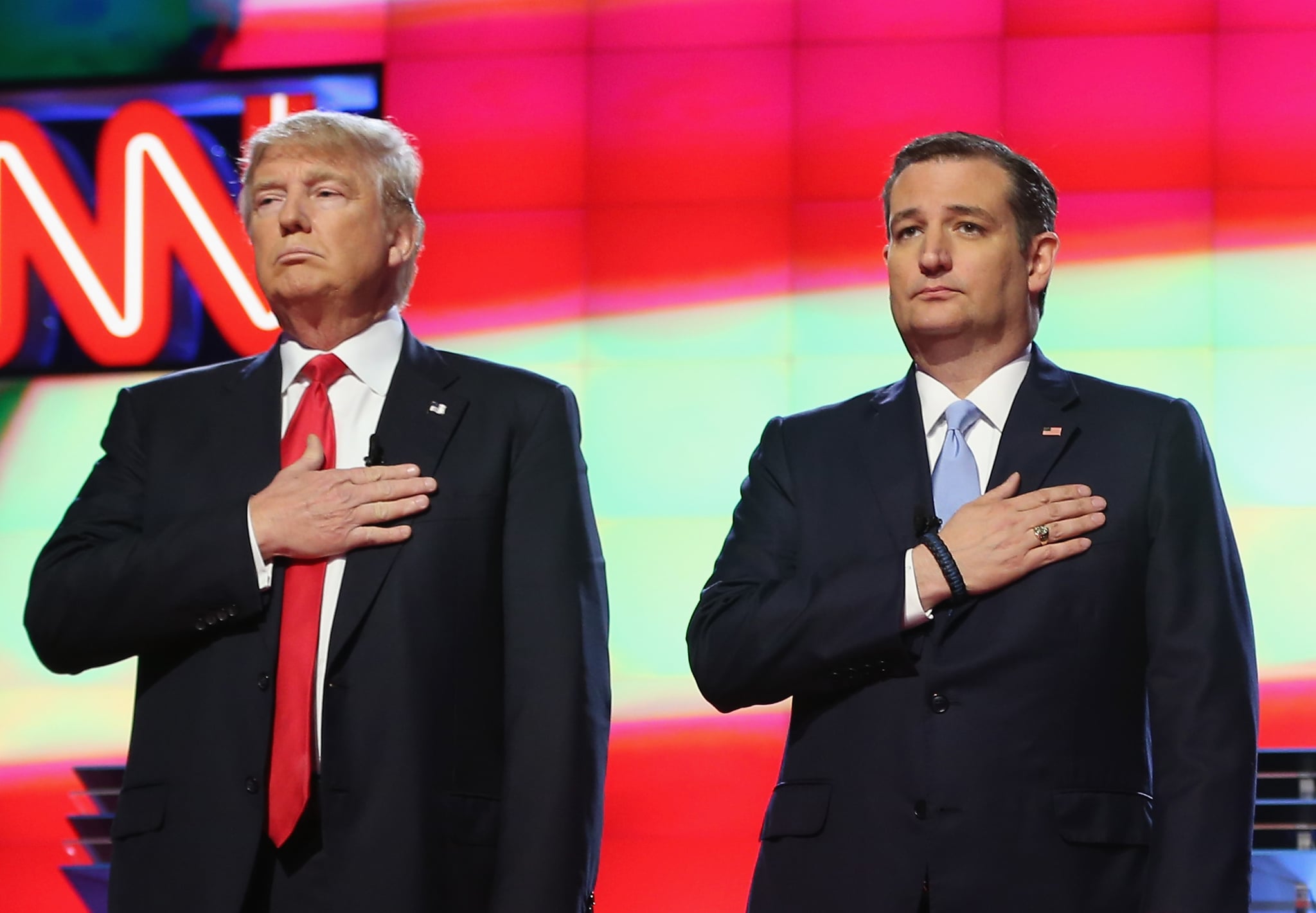 "We're all in this together," Republican frontrunner Donald Trump said of his rivals during Thursday's debate. Say what? Trump added that he couldn't believe just "how civil it's been up here," echoing the sentiments of viewers at home. I mean, remember this from last month?

Senator Ted Cruz, who is trailing in the number-two spot, even offered mild attacks, arguing that Trump is right about the problems, but not about the solutions. And we even heard both Ohio Governor John Kasich and Cruz mention that a wall will help solve America's immigration problems. Sound familiar? After a week of Republican-party soul searching, the candidates may be ready for the reality of a Donald Trump nomination.

While the candidates came to play nice, CNN also managed to keep the debate focused on policy topics, like immigration, trade, and education — rather than a candidate's penis size. Cruz attempted to differentiate himself from Trump on conservative foreign policy credentials, pointing out that Trump doesn't want to "tear up" the nuclear deal with Iran. And Rubio reached a high point while contrasting his specific ideas for policies on Cuba to Donald Trump's vague talk about getting a "good deal" with the Castro regime. Check out that exchange:

Donald Trump made more controversial comments about Muslims and called some protestors at his rallies "bad dudes." But he saved his classic putdowns for the Democrats, calling their primary race "very, very boring."

The Republicans were set on putting animosity aside for the good of the party . . . at least until results come in from next Tuesday's crucial primary elections. Here's how the people at home on Twitter took it all in:

The Republicans are actually talking about issues instead of just insulting each other at the #CNNDebate pic.twitter.com/zZGRrW5jVF

"It's a very very boring thing to watch." - @realDonaldTrump on the Democrat debate. What do you know? He CAN tell the truth.#CNNDebate

kasich coming out strongly in favor of friendship