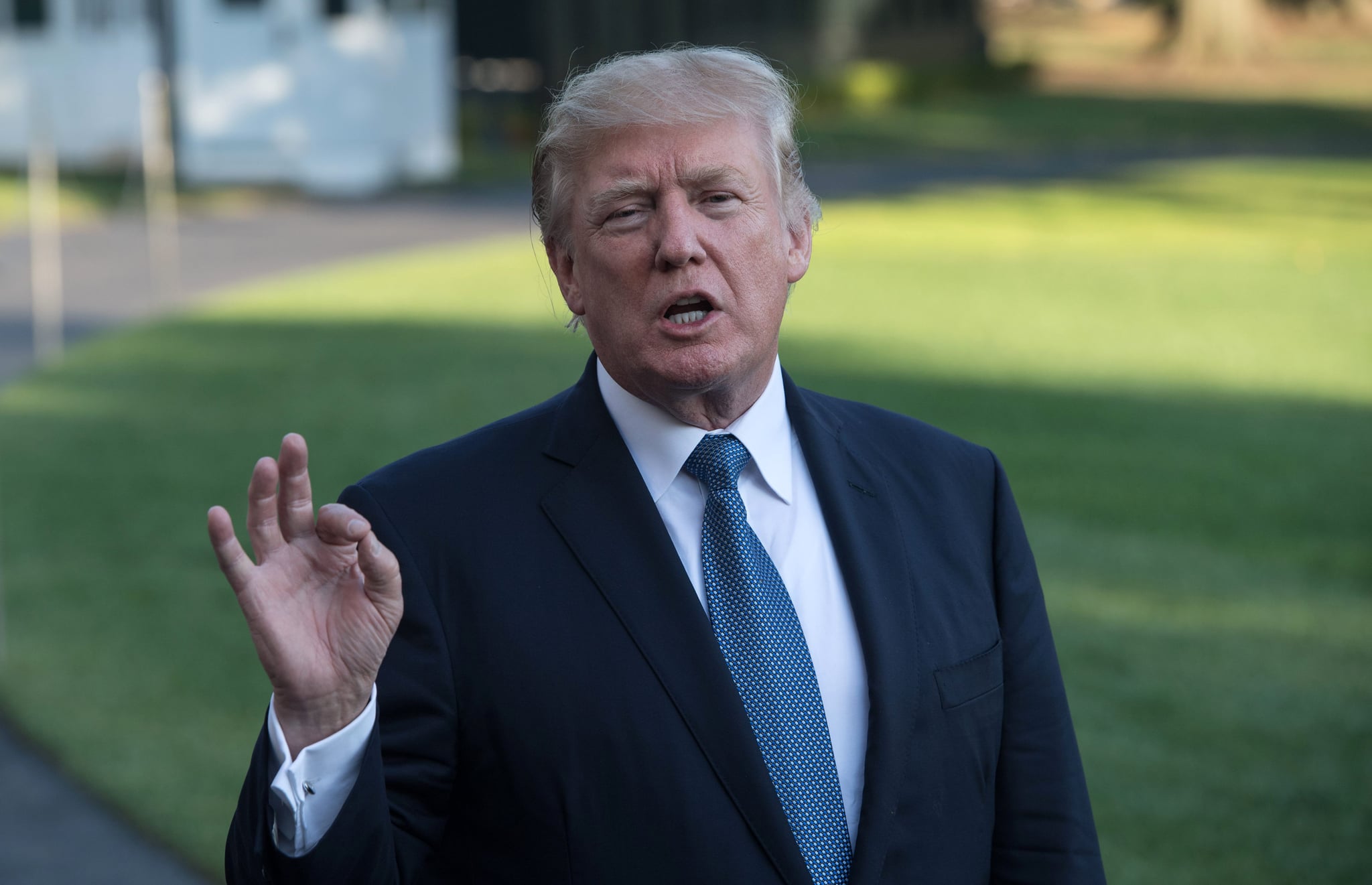 Donald Trump is a man of many words tweets, and more often than not, the thoughts he shares with his Twitter audience tend to directly contradict the tweets he's sent in the past. From tweets about the Oscars, to criticism of Barack Obama's handling of Hurricane Sandy, and just about everything in between, President Trump's past has come back to bite him. The latest incident? The National Football League.

Back in 2013, when then-President Obama urged the Washington Redskins to change the team name to something that didn't offend Native Americans, Trump had some thoughts. He tweeted that "our country has far bigger problems" and that the president should "FOCUS on them, not nonsense."

President should not be telling the Washington Redskins to change their name-our country has far bigger problems! FOCUS on them,not nonsense

Now, just four years later, we find ourselves saying the exact same thing to Trump — and if we're being honest, the "far bigger problems" in hand seem a lot worse now than in 2013. The week of, Trump condemned Colin Kaepernick and the NFL players who have taken a knee during the national anthem to protest racism and police brutality across the country. He spent three full days tweeting about athletes "disrespecting our country or our flag," while our country faces the threat of a nuclear war with North Korea — what we'd qualify as a "far bigger problem."

If NFL fans refuse to go to games until players stop disrespecting our Flag & Country, you will see change take place fast. Fire or suspend!

...NFL attendance and ratings are WAY DOWN. Boring games yes, but many stay away because they love our country. League should back U.S.

Great solidarity for our National Anthem and for our Country. Standing with locked arms is good, kneeling is not acceptable. Bad ratings!

The issue of kneeling has nothing to do with race. It is about respect for our Country, Flag and National Anthem. NFL must respect this!

Looks like we have yet another set of tweets to add to the Presidential Flip Flops line of contradictory Trump tweets.