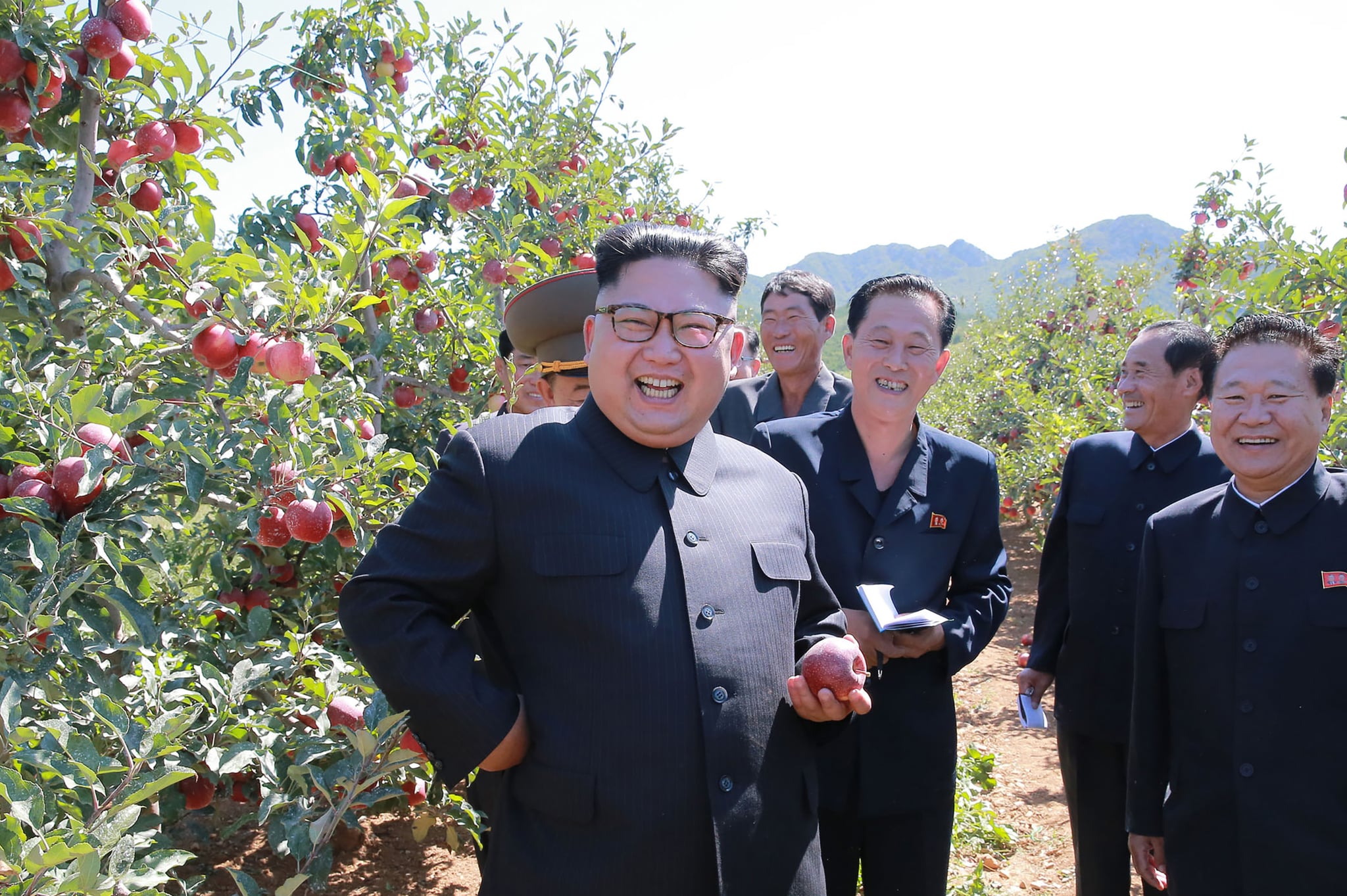 When it comes to creating drama, President Donald Trump is a pro. And while it can be hard to keep track of the many, many feuds that Trump has started on any given day, the nicknames he coins for his foes tend to remain in the public consciousness far beyond any of the petty bickering he incites on Twitter or from behind a podium. But on Sept. 21, Trump's status as Insulter in Chief faced a new threat from the one man who may be even more petty than he is: Kim Jong-Un.

I spoke with President Moon of South Korea last night. Asked him how Rocket Man is doing. Long gas lines forming in North Korea. Too bad!

It all began on Sept. 17 when Trump decided that the North Korean leader had gone far too long without receiving one of his dopey monikers. So he gave "Rocket Man" a test run on Twitter (natch) before using it in a far more official capacity at the UN General Assembly on Sept. 20, where he told a room full of the world's most powerful leaders that "Rocket Man is on a suicide mission for himself." Despite Elton John's repeated pleas to be left out of the Trump meshugas, a nickname had been born. But the story doesn't end there.

Back in March, North Korea threatened war after John McCain called their leader a "crazy fat kid" — Kim Jong-Un has never been known to take an insult lying down. So, on Sept. 21, one of the most insane responses in history was put forth into the world. "I will surely and definitely tame the mentally deranged US dotard with fire," Kim Jong-Un said, instantly lighting up the Merriam-Webster dictionary and throwing the whole world into a tizzy over the war of words between Rocket Man and the Dotard.

But what is a "dotard," exactly? In proper terms, it is someone in "a state or period of senile decay marked by decline of mental poise and alertness." Aside from a very timely usage by Esquire's Charlie Pierce back in May, you'd be hard-pressed to find a recent use of the word in any capacity. If you comb back through history, you'll find that Herman Melville used it in a poem once, Shakespeare used it a couple of times, and J.R.R. Tolkien employed it in the third Lord of the Rings book. Ultimately, as far as insults go, it's pretty f*cking creative — especially when considered as a rejoinder to being called "rocket man."

I would like to thank Kim for bringing "dotard" back.

Arguably, this could have been a translation issue — the actual word he used in the statement translates to "old lunatic" — and were we not talking about nuclear war, the whole thing would boil down to the most ridiculous slappers-only fight in history. But the old-timey speak oddly made it seem more like using Trump's tactics against him, and if the last eight months are any indication, it doesn't bode well for what's to come. For now, though, let's just enjoy the laugh we got from this — and expect to be hearing "dotard" used a whole hell of a lot more in pop culture in the days and weeks to come.