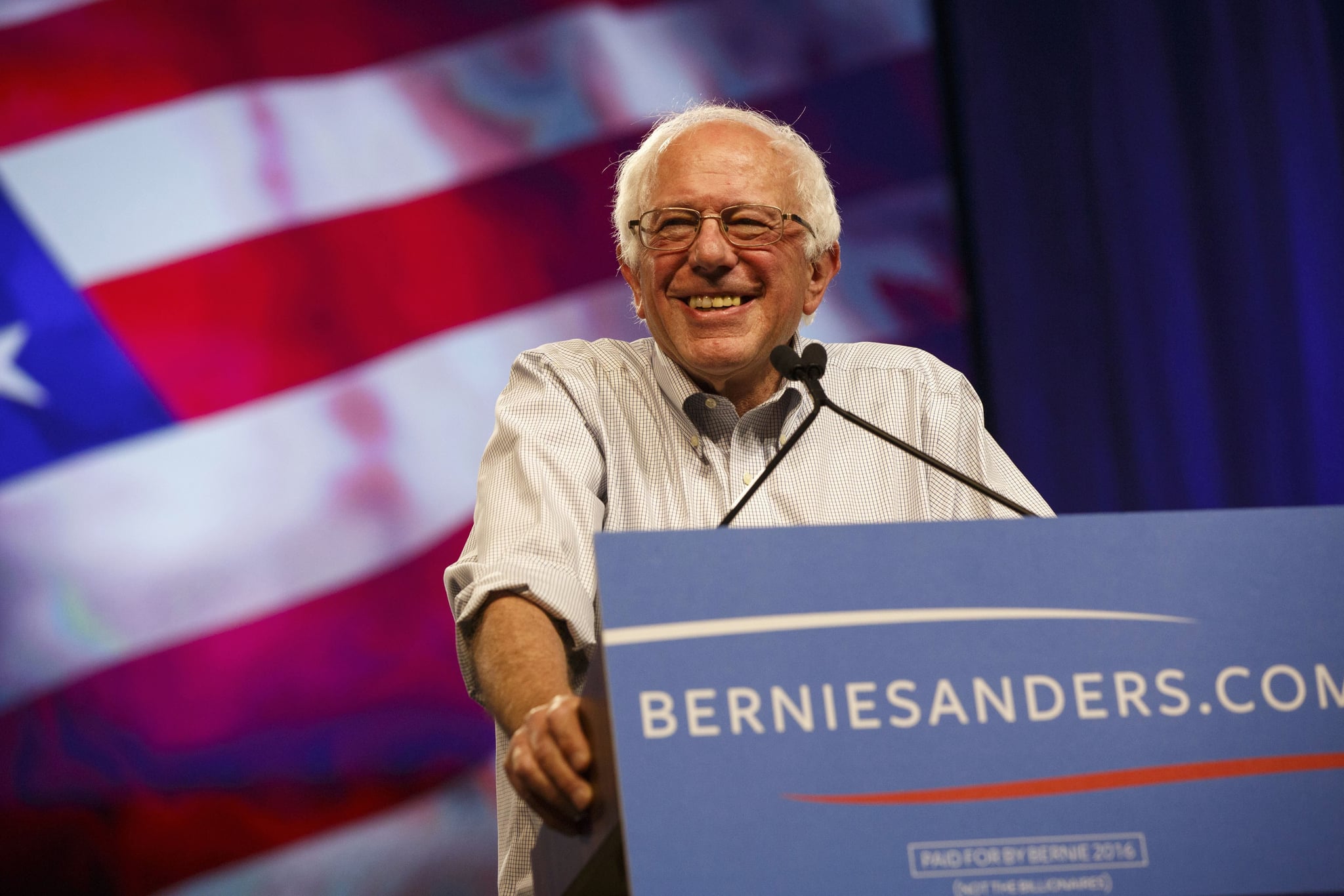 There's a lot at stake in the 2020 presidential election — and who knows this better than American women, who are so often targeted by the Trump administration?

In no small part, that's why women like Senators Kamala Harris, Elizabeth Warren, Kirsten Gillibrand, and Amy Klobuchar are dominating the Democratic field, bringing a litany of new, progressive ideas to the race and energizing women who are excited to finally see ourselves represented.

All women, at some point in our lives, are forced to step aside — in ways big and small, in public and private life — so that men around us can consolidate power.

Many American women, who comprise a key Democratic voting bloc, are determined to vote for the Democratic presidential nominee, whoever it may be. But in light of this early, unprecedentedly female-dominated field, our determination to support the nominee and remove Donald Trump from office hasn't stopped many women from being hopeful that white, male Democratic politicians might step aside from the 2020 race, and instead support one of the progressive-leaning women and minority presidential candidates.

Then, on Feb. 19, 2016 presidential hopeful and Vermont Sen. Bernie Sanders joined the Democratic field and announced his presidential campaign, subsequently raising $6 million in just 24 hours. But not everyone was necessarily excited by his campaign, which was notably announced just one day after Massachusetts Sen. Warren announced her plan for universal child care. Warren introduced her plan by first sharing a personal story of how she'd nearly been forced to drop out of law school because she couldn't afford child care but was ultimately able to stay in school with the help of her extended family.

Related:
Who's Still in the Running in the 2020 Race For President?

Her personal anecdote elucidates a critical, everyday reality: "Stepping aside," as Warren was almost forced to in law school, isn't always about electoral politics. Instead, being actively or passively told to "step aside" is a message that women, people of color, members of the LGBTQ+ community, and other marginalized groups hear in myriad ways throughout their lives. It's a message Sanders certainly sent to Warren and the rest of the women seizing their moment in the 2020 primary when he chose to run yet again.

Many women have recently called on men like Sanders — and other potential white, male Democratic candidates like Beto O'Rourke or Joe Biden — to move over and allow women and minority candidates to shine at this salient moment for marginalized people in American politics; to give us space to, for once, represent our own experiences. The fact that white men do not fully understand misogyny and identity-based oppression (which they don't) isn't necessarily the problem; the problem is men and male politicians erasing women's voices by speaking for us, and pushing us aside to do so. In their refusal to step aside, they deny us crucial opportunities for leadership and self-determination, just so they can seek more dominance and influence in a culture that already grants them more than their fair share.

All women at some point in our lives are forced to step aside — in ways big and small, in public and private life — so that men around us can consolidate power. The power dynamics of being asked to do this, or to "wait our turn," take form in countless everyday experiences. We see this reflected in the unsaid numbers of women who have to drop out of school, quit jobs, give up doing what they love, or put aside work that could potentially change the world because they can't afford child care. Or because the career of their male partner takes precedence. Or because they are pushed out of jobs — even entire fields and industries — by some men's misogyny, harassment, and abuse and the toxic silence and complicity of others.

Sanders himself responded to the 2017 release of [Hillary Clinton's] book by insisting that we move on.

Since Hillary Clinton's 2016 loss to Trump, her public statements and speeches have been met with varying levels of chiding and outrage from leading Democrats and Republicans alike, all essentially insisting her time has passed, and she must now step aside. Sanders himself responded to the 2017 release of her book by insisting that we move on.

"Secretary Clinton ran against the most unpopular candidate in the history of this country, and she lost. She was upset about that, I understand," he said. "But our job now is really not to go backwards. It is to go forward."

Clinton was the first woman in US history to win the popular vote. She won the Democratic primary over Sanders. And prior to the 2016 election, Clinton had dedicated more than four decades of her life to public service and civil rights advocacy. Still, she faced ceaseless, aggressive demands that she "step aside" for the next Democratic star. And in light of ongoing criticisms that the Democratic Party exploited "identity politics" in supporting her, a woman, "next Democratic star" is likely coded language for "charismatic white man."

It's notable that, despite Sanders's loss in 2016, he has faced far less pushback for running for president again than Clinton did simply for publishing a book about her campaign. Often, Sanders has not just benefited from but explicitly perpetuated sexism in a variety of ways, including one episode in which he dismissively spoke about female staffers' allegations of being sexually harassed on his previous presidential campaign. From out-of-touch comments insinuating gender or marginalized status somehow advantages candidates, to criticisms of "identity politics" and defenses of anti-choice Democrats, to doing little to address the misogyny so rampant in his base, his dismissive treatment of Clinton and other female candidates through his choice to run is not an anomaly.

The bipartisan devotion to silencing Clinton and Sanders's persistent blind spots around issues of sexism and identity are just part of a greater trend both within and outside of American politics. As women, we give up so much just by nature of living in a patriarchal society that prioritizes male ambition and so often relegates the careers, goals, and leadership of women to collateral damage.

Yet, when some of us merely ask powerful white men to step back rather than seek even more power at this particularly fraught political moment for women and marginalized Americans, this is perceived as an attack. Rather than engage in self-reflection and consider using their power to support just as qualified, just as competent female candidates, male politicians like Sanders remain insistent that they know best, that they are the best to speak for us, that this is their power to take. And in doing so, they ask us once again to step aside.

Rita Moreno
Rita Moreno Reflects on Her Botched Abortion in Wake of Roe v. Wade Being Overturned
by Sabienna Bowman 1 week ago