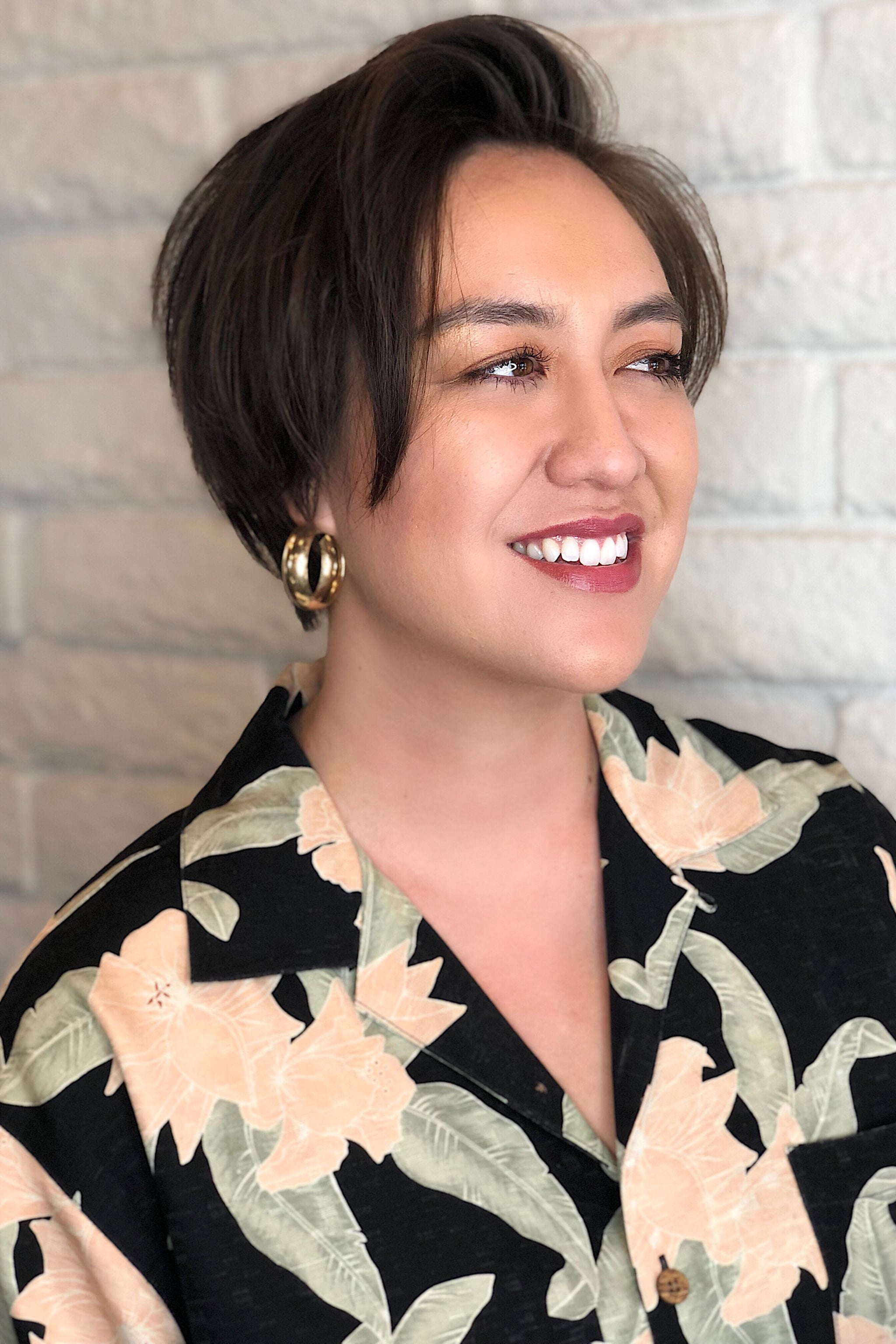 As a closeted lesbian at age 24 in 2014, I patronized my hometown gay bar in Orange County. My friends and I would drink heavily before going out on a Friday night: tequila shots around our parents' kitchen, palomas with sliced grapefruit if we were feeling fancy. I would get text messages from the club, VLVT: free entry before 10 p.m., Jell-O shots, go-go dancers! The initial buzz would wear off early in the night. It was the same sugary drinks at the bar, bass-y remixes of Britney Spears, queers who I was too intimidated to approach. I found myself staring into the void night after night.

I promised myself that moving to Los Angeles in adulthood would be a sanctuary of queerness, but it was actually moving home to Santa Ana in Orange County in the last year where I found my queer community and connected with my queerness.

Orange County is a historically conservative suburb of Los Angeles, one that Ronald Reagan deemed where "all the good Republicans go to die." Growing up, queerness was not mainstreamed, and the only queers I knew at my high school were gay men. For female-identifying queers, I think the struggle for representation has been a bit harder, but certainly not as difficult as for trans and gender nonconforming folks. It's also a far cry from growing up queer in rural America.

"So you don't like dogs and you don't play sports. What kind of lesbian are you?" Her words stung.

When I moved to Los Angeles, I relied on traditional resources for my coming-out journey. I started attending a women's coming-out meeting at the LGBT Center. I was partially out to friends and family and was still working through my internalized homophobia every time I used the L-word. I shared with the group that I was dating a woman who insisted on bringing her dog over every time we hung out, even leaving her dog in the room while we had sex. The facilitator suggested I join a queer sports league for community. I declined, saying sports have always been a source of embarrassment for me.

At the end of the meeting, the facilitator approached me.

"So you don't like dogs and you don't play sports. What kind of lesbian are you?" Her words stung. She went on. "If you're already out, you don't need to come to this meeting."

I remember calling a friend from the parking lot, near tears after our interaction. How was someone associated with the very pinnacle of queer community questioning my queerness? Her gatekeeping kept me from ever returning to the meeting.

Over the next few months, I regained my confidence and started attending queer events around Los Angeles. With no queer female friends, I begged straight friends to accompany me to these nights. I clung to them and watched scenes unfold around me, too frightened to strike up conversation with strangers.

At the dungeon, I bought a $5 plastic cup full of Ménage à Trois red wine and made a beeline for the other nervous-looking people standing around at the event.

"Is this your first play party?" I asked one of the attendees.

"Are you as nervous and excited as me?"

I learned my fellow attendee's name was Ash*. That night, I was lightly flogged with my limbs adhered to a leather X. Ash was tied with rope to a table and tickled. We gushed about our experiences and traded cell phone numbers at the end of the night. I was so happy to have made a queer female friend. We attended another party together downtown, scoping out cuties and taking photos in the photo booth.

I invited her over for drinks one night to celebrate my admission to an MFA program. We popped Champagne and caught up. The next morning, she texted me.

"I'm sorry I keep having trouble making a move."

She let me know she had feelings for me. I tried to address the situation the best way I knew how: I let her know I saw her as a friend and enjoyed her company. We slowly stopped texting, then Ash did the most formal means of ending a friendship: she unfollowed me on Instagram.

With the news of my MFA acceptance, I made the decision to move home to Orange County to save money during the program. I was excited about the new beginning but wondered how this would affect my queer journey.

One of my last nights in Los Angeles, I found myself furiously googling queer events in Orange County. Some I recognized. A ladies' night at good old VLVT. Drink specials at a bar in Costa Mesa.

Instagram had been my salvation in queer Los Angeles, and I prayed for the same back home. I searched #queerOC and found a beautifully designed post, a far cry from the cut-and-paste flyers of other queer events.

I met the cofounder Sarah at the first event. We talked through introductions, and I learned a little more about Queer Traffic. It was designed as a low-key social event for queers, none of the deep bass and alcohol-soaked conversation of other events I had attended.

That first night, I also met Laura. We became fast friends and, to my exceeding surprise, Laura invited me to her group chat called Queer Squad. Soon I was tailing the group to Pride in Long Beach and sharing drinks at Sweetwater Saloon.

Laura made a point of getting to know me. During a hike together, we did the prerequisite queer friendship work of sharing our coming-out stories. Laura told me she is the daughter of a Christian pastor of a megachurch in Orange County, that her family prayed for her salvation after she came out and tells her the same frequently. Growing up in conservative Orange County, I could relate deeply.

I told Laura about my nights of roaming queer events, too scared to make friends. The difficulty I had in nurturing my queer community. Hanging out with Laura felt safe, accepting.

"I thought there was something there," she told me, alluding to my past in LA.

Along with Laura and Sarah, I met other dazzling members of the Queer Traffic community. We got to know each other through queer bingo, tie-dye, and zine making. We hosted a queer shabbat at my parents' house and went to VLVT the night before Thanksgiving, a reclaiming of sorts. I danced so hard that I hurt my back.

Queer Traffic has emboldened queers in Orange County to create and organize. Several options have been born from the event, too: there's Queerfully Wonderfully Made, a faith-based event for queers traditionally excluded from church life; Queer Beats, a night of music performance in Long Beach; and my own magazine, Gayettes, a publication centering femme queers and exploring gender identity.

Laura texted me last week: "It's our one year friendship anniversary." In this short year, I've found meaningful queer friendships and worked through some of the residual hurt of growing up in a conservative community. It tickles me that the girl desperate to leave Orange County found her queer community back home.

Music
Gia Woods Is Back With New Lesbian Anthem, "Lesbionic": "It's a Female Empowerment Song"
by Reilly Lucas 12 hours ago