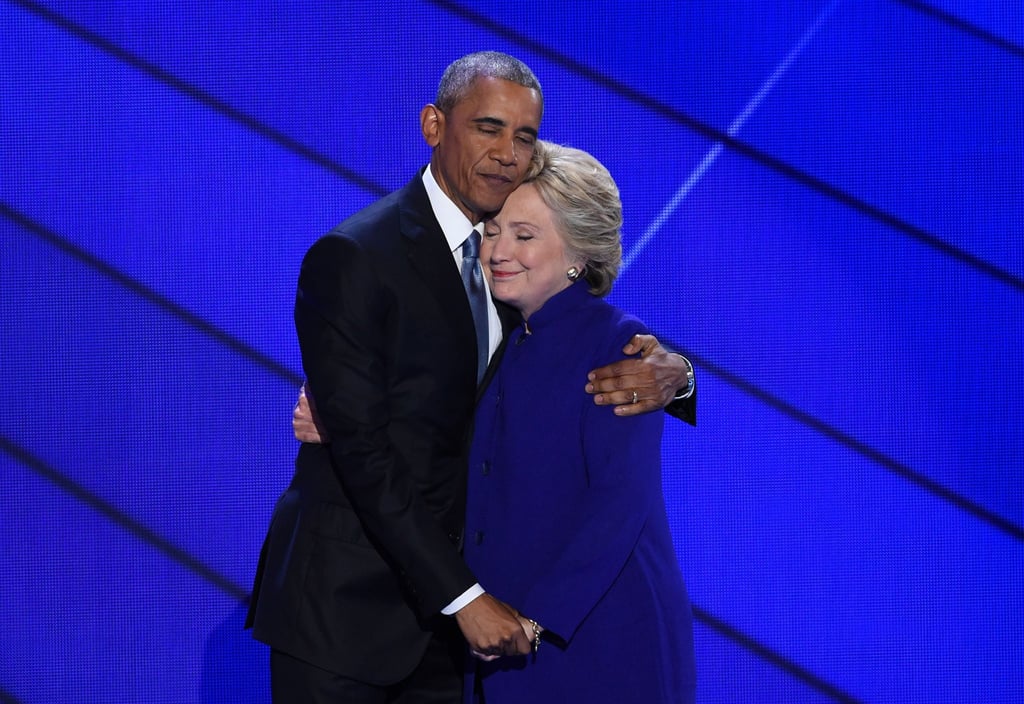 Despite running against each other for president in 2008, Barack Obama and Hillary Clinton have always shown their mutual respect for one another. Of course, the tension between them during the 2008 campaign is undeniable, but they overcame it — and the country benefited. When Obama won the presidency, Clinton served as his secretary of state for four years.

At the DNC this year, Obama gave Clinton high praise when he said, "I can say with confidence there has never been a man or a woman — not me, not Bill, nobody — more qualified than Hillary Clinton to serve as president of the United States of America." And during an interview with CBS News, Obama also complimented her role in the White House, saying, "Hillary will go down as one of the finest secretaries of state we've had. It has been a great collaboration over the last four years."

Mark Landler, a journalist for The New York Times and author of a book about Obama and Clinton's relationship titled Alter Egos, talked about why they work so well together. "[They] are both deeply pragmatic people, they're both extremely disciplined, and they have a level of maturity that is unusual in politicians," he said, according to the BBC.

Clinton and Obama have indeed demonstrated that former opponents can overcome the mudslinging for the country's betterment. Here's a highlight reel in photos of their relationship over the years.

Previous Next Start Slideshow
Barack ObamaPoliticsHillary Clinton
Around The Web