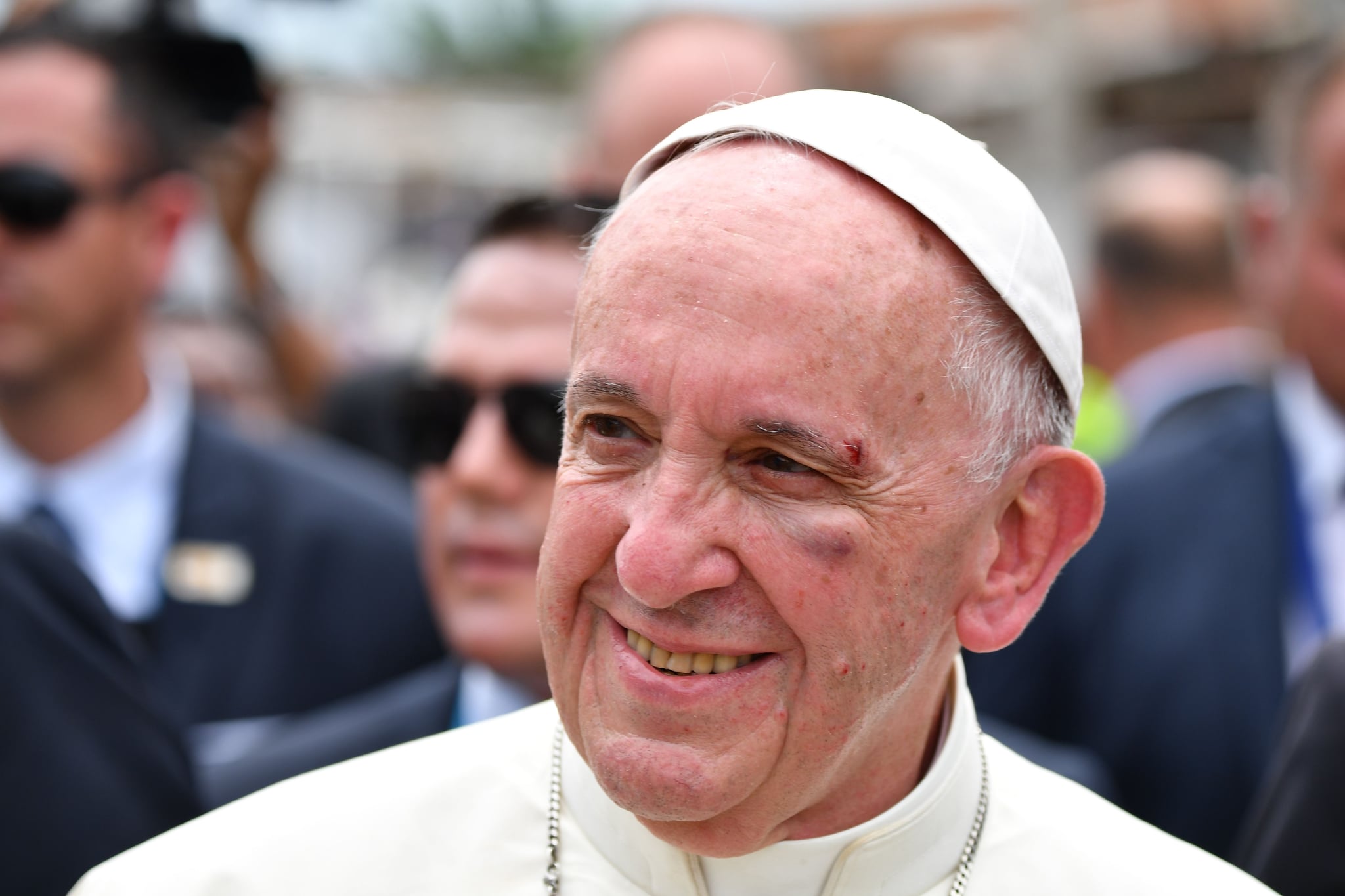 Pope Francis has never been one to shy away from expressing his thoughts, especially when it comes to President Donald Trump's administration. Back in February, he threw shade by calling out Trump for his travel ban without even mentioning his name. This time, however, the Pope felt the need to address the president on a far more personal level about his decision to rescind the Deferred Action For Childhood Arrivals (DACA) program, leaving about 800,000 young immigrants subject to deportation and without a path towards citizenship.

As the pope wrapped up a press conference in Colombia on Sept. 10, he spoke about DACA — and how it doesn't match up with Trump's antiabortion views. "The President of the United States presents himself as pro-life and if he is a good pro-lifer, he understands that family is the cradle of life and its unity must be protected," he said. Though the pope admitted he wasn't too well-versed in what DACA was and how it came about, he expressed that he was hopeful that Trump might reconsider his move to rescind it, saying, "I think this law comes not from parliament but from the executive. If that is so, I am hopeful that it will be re-thought."

The Pope isn't alone in this sentiment, or in having sympathy for the DACA recipients who are also known as Dreamers. On Sept. 5, the US Conference of Catholic Bishops (USCCB) announced that the Catholic Church would always support the group. "As people of faith, we say to DACA youth — regardless of your immigration status, you are children of God and welcome in the Catholic Church," USCCB said in a statement. "The Catholic Church supports you and will advocate for you." The group also asked Congress to come up with a solution that would help the Dreamers.

As Pope Francis expressed in a TED Talk in April, "We can only build the future by standing together, including everyone." Trump would serve to learn from this statement, as well as the compassion towards Dreamers and immigrants that the Pope and frankly, many Americans, have shown.