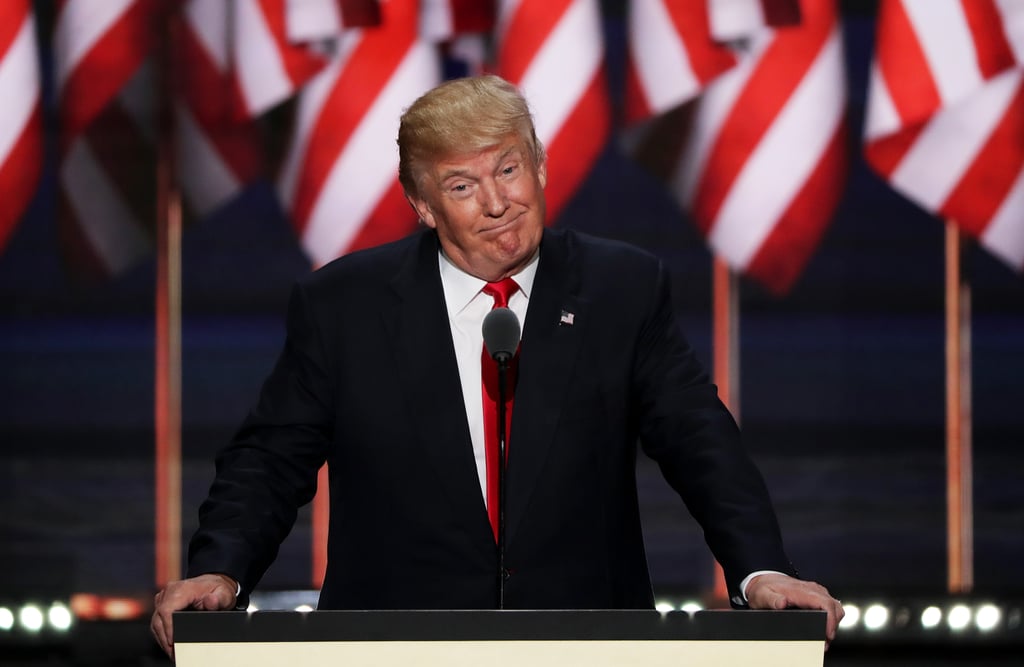 Twitter had a field day when Donald Trump took the stage to speak at the Republican National Convention in Cleveland on Thursday. From comments about Trump's delivery to jokes about the speech itself (when is the last time Trump stood in a TSA line?), Twitter users had plenty to say about the big night. Also chiming in were Hillary Clinton and Bernie Sanders, who didn't seem too impressed. Keep reading for a look at some of the funniest reactions to Trump's speech, then watch Ivanka Trump's speech from earlier in the night.