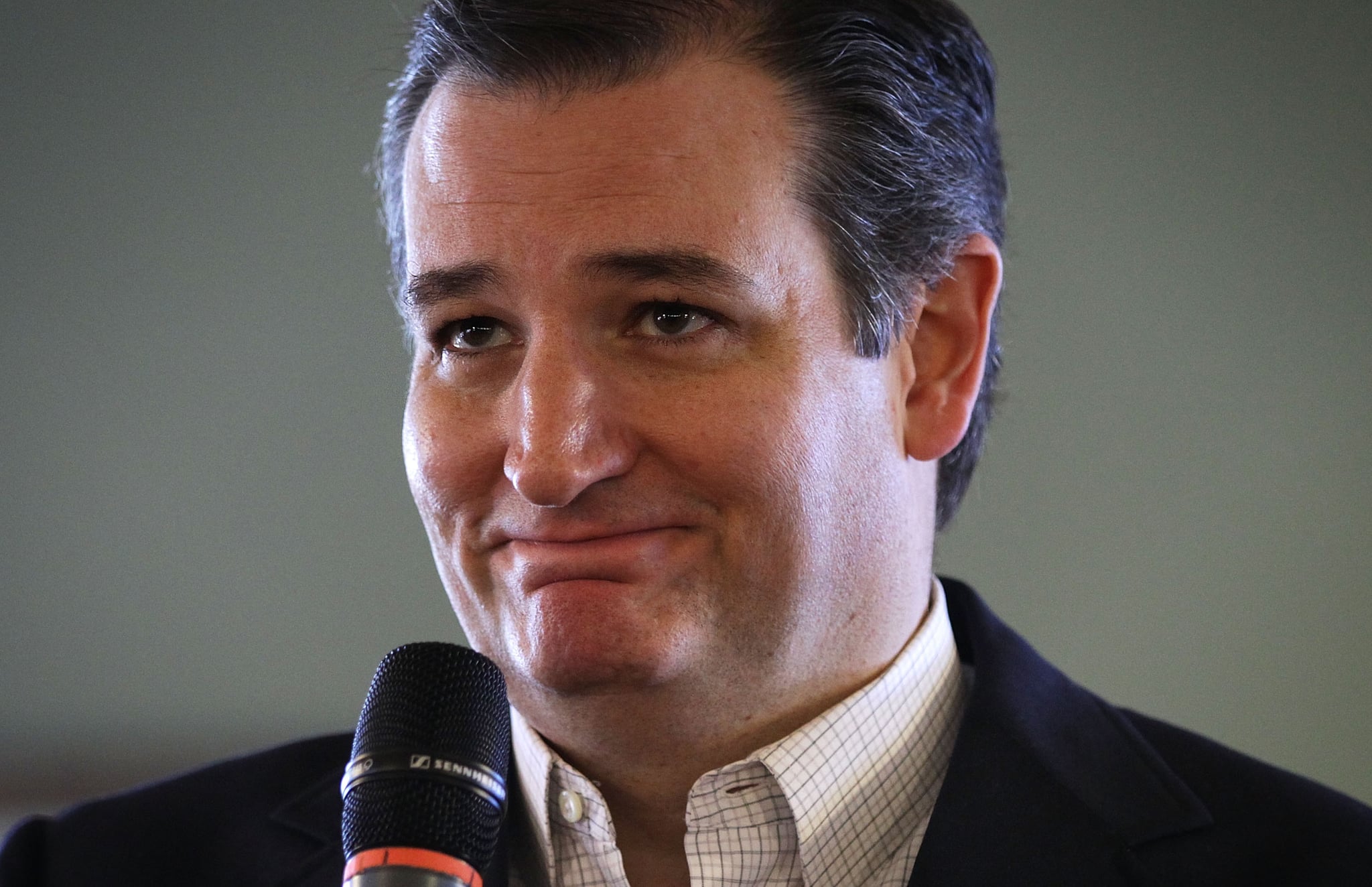 If presidential candidate Ted Cruz hasn't attracted enough controversy due to his Canadian birth, the Internet was given another mind-boggling theory about Cruz's true identity to explore today. Comedian Donnie Doesis has questioned the uncanny resemblance between the GOP front runner and the bumbling Kevin Malone character in NBC's The Office, played for nine seasons by Brian Baumgartner. In an attempt to publicly crack Cruz's "secret," Donnie attended one of Cruz's rallies, where he held a poster with a side-by-side comparison of Ted and Kevin and the caption, "Same Person?!?!" It since has gone viral on Imgur.

People want answers, but Ted Cruz has given no immediate response to the allegations. Brian, however, suggested in his Instagram post that Kevin would have been a better presidential candidate than Cruz:

Let's get a close-up look: