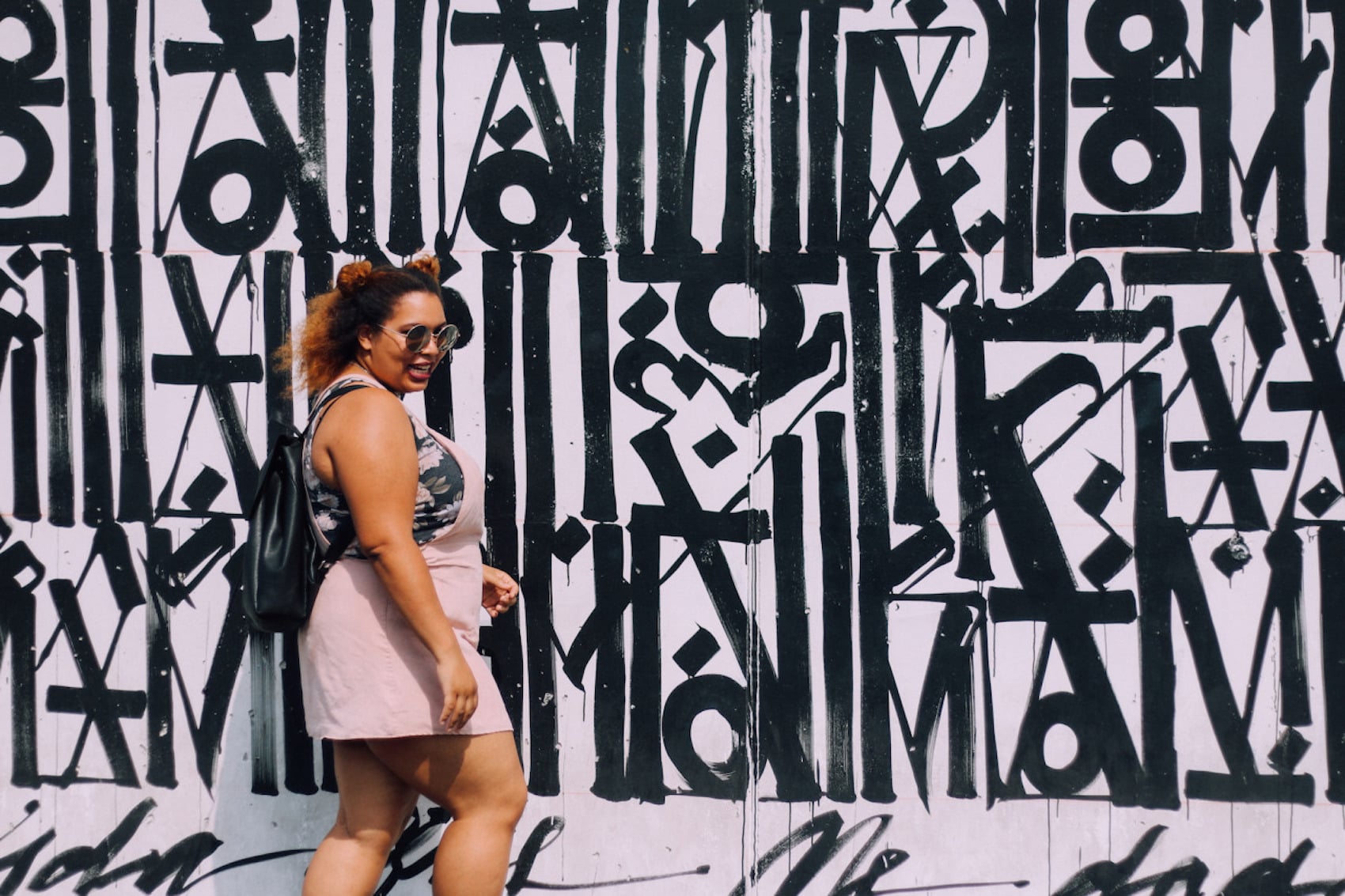 I woke up at 6 a.m. in a tiny hotel room in Tokyo, checked my phone, and found an email from our hostel in Kyoto: "You missed your check-in date." In a half-awake frantic moment, I rummaged through my bag to find the itinerary I had printed out before we left New York. We were supposed to have left Tokyo the day before to head to Kyoto. It slowly hit me that we had accidentally overstayed our reservation at this accommodation and no one at the front desk had said a thing. I woke up my boyfriend, screamed at him to pack up as quickly as possible, and we ran out of there like criminals in the early morning light.

The jet lag had overcome me since our arrival, and I had gotten my days mixed up, which was the most innocent of blunders. However, the main feeling overflowing me in that moment wasn't shame over this simple mistake, but instead, "Oh God, they're going to think I'm a horrible, stealing, gross, American black woman with no respect for their hotel." My white boyfriend couldn't fathom why I was so upset over this mishap. But as a white person, of course he'll never understand what it is like to not just inhabit a person of color's body, but to travel while black.

When I go abroad, I feel the weight of the world on my shoulders to be a good example of a black woman.

When I go abroad, I feel the weight of the world on my shoulders to be a good example of a black woman so negative stereotypes don't continue, especially in homogeneous cultures where there is a lack of diversity. The media doesn't exactly portray black people incredibly well, and people watch it and make assumptions about what we're like based on the color of our skin. In some places, they've rarely even seen a black person in real life.

I am constantly aware of every move I make when I step outside of the United States. There is not a single moment when I am not cognizant of how I'm representing myself as I walk through the streets of Bangkok or photograph the monuments of Paris. It's a stinging fear of my presence in their country not being a positive one and therefore contributing to their biases toward people who look like me. When a white person does something unfortunate, they don't become an example of their entire race. But when one black person does something wrong, it paints us all that way in the eyes of others. 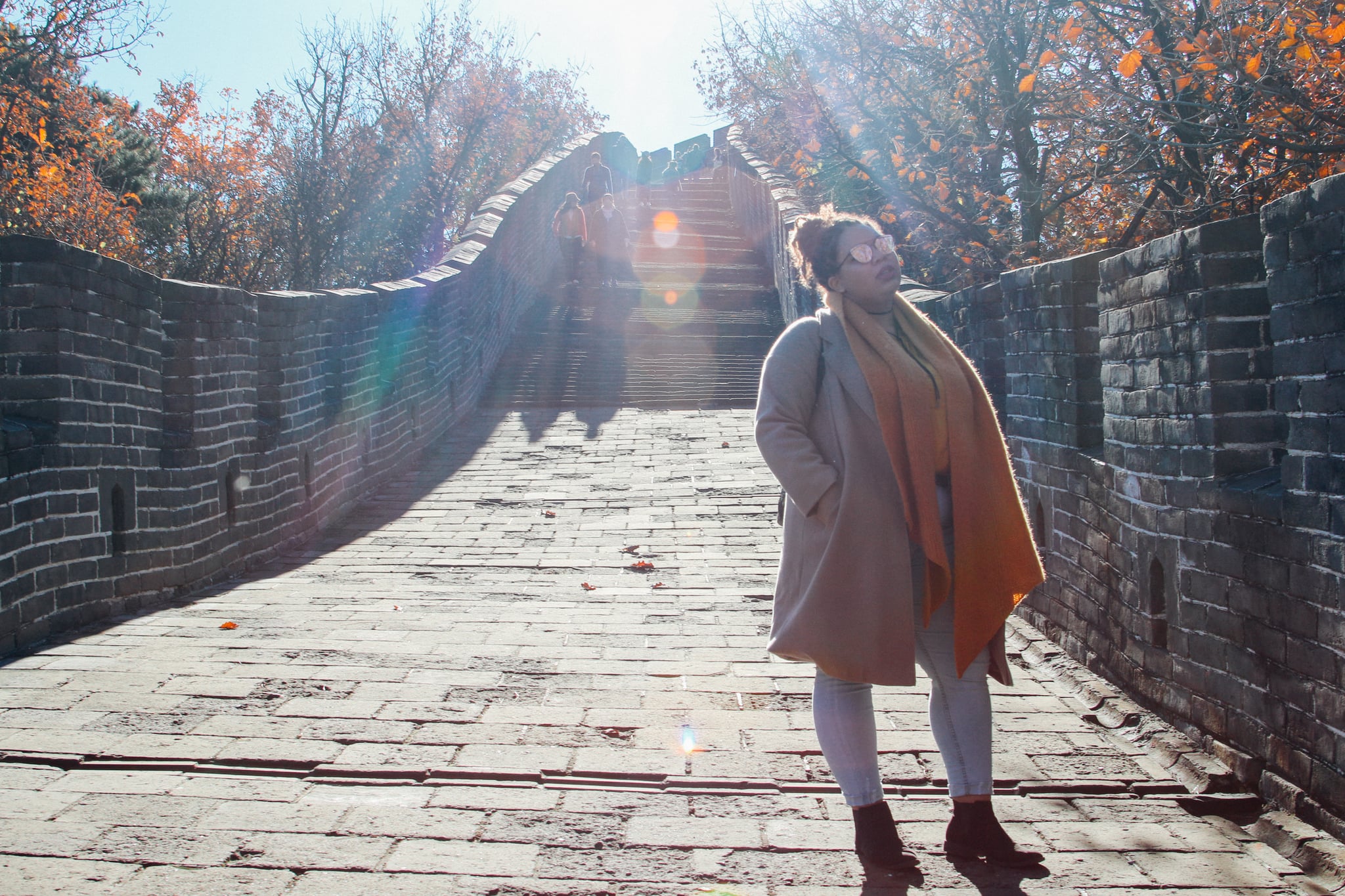 I feel that I am lucky that my travels have not included overt racism toward me, and that shows me the world is changing a lot in its ideals and how it treats people. For some, an article such as this might be talking about the moments of discrimination they've faced while journeying, but I am thankful that I've seemingly been born in a time that lends better to my presence in a place not leading to a negative slur or race-based attacked. The worst treatment has unfortunately come from my being a woman more than anything else.

I think of all the people in the past who looked like me and had adventurous spirits but couldn't go anywhere, and I feel that I have no right at all to complain about what it's like today. Black people are traveling more than ever. It's not a secret that there are many websites and Facebook groups out there that cater to a diverse group of travelers to inspire and connect with one another. There are finally amazing travel bloggers of color going to places in the world and reporting on what it's like to actually be there, sharing their experiences as diverse globetrotters.

But the numbers are still small compared to affluent white voyagers. Fear of how you may be treated, discouragement from your family and peers, or even just lack of resources to make a trip happen mean that there are still fewer people of color stepping out into much of the world, and there are instances of black people being stared at or even pulled into photographs like a celebrity because of their rare appearances in certain cultures. I have yet to be the subject of a selfie, but I have gotten called "Beyoncé" and "Oprah" before, despite looking nothing like them.

Traveling as a black woman is a form of activism to me. I strive to change perceptions through my actions abroad. I never want to leave a country having made a local citizen think lesser of black people due to something I have done. I act respectfully, dress according to cultural standards, attempt to learn basic words in their language, respond politely, and interact cordially with those I meet. It's all done in order to maintain some sort of picture that I am not whatever ill-willed nonsense American media wants to portray me as and that there's no reason to be afraid or suspicious of my actions, just in the same way I wouldn't want a security guard following me through a store as I shop.

Related:
On Being Called "Brown Sugar" and "Oprah" in Morocco

I still think back to when we stayed the extra night in Tokyo and what the owner of the hotel must think of me or if they even noticed or cared, and I hope it didn't reflect badly on my kinfolk who stay there in the future. Perhaps I'm overthinking it too much and should relax, but it's because I do care about the future of black travel that I pour so much of my heart into my behaviors abroad and only want to be the best I can be so things are better for everyone in the times to come.