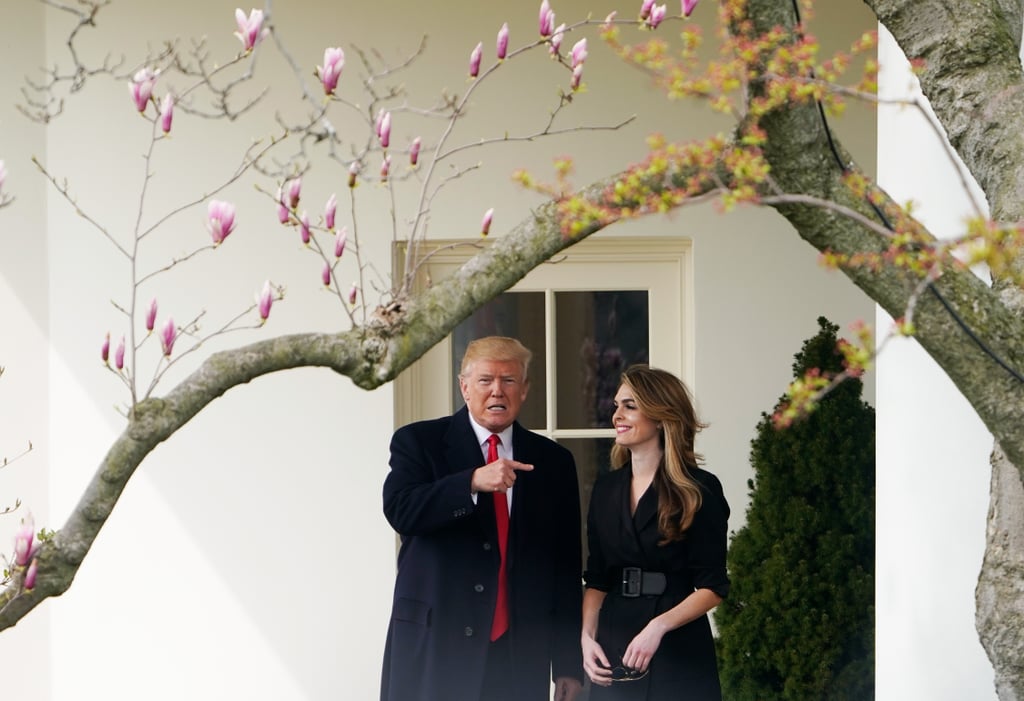 On March 29, Hope Hicks served her last day as Donald Trump's White House Communications Director. The 29-year-old aide's resignation came after she admitted that her position required her to tell white lies in a private testimony before the House Intelligence Committee in February. On her last day, the president staged a very public farewell in front of the West Wing.

Here's a breakdown of their brief goodbye: Trump points at Hicks in a joking manner, they shake hands, and exchange a kiss on the cheek — which is then followed by more pointing and another jerky handshake. The president didn't respond to any questions at the farewell and promptly left for a trip to Ohio. Hicks has yet to announce what's next for her in her career.

Related:
A Definitive, Ongoing List of All the People the Trump Administration Has Parted Ways With So Far
Previous Next Start Slideshow
Donald TrumpViral VideosHope HicksUS News

Beauty News
What's the 2016 vs. 2021 Makeup Challenge on TikTok? These Looks Will Take You Back
by Danielle Jackson 1 week ago