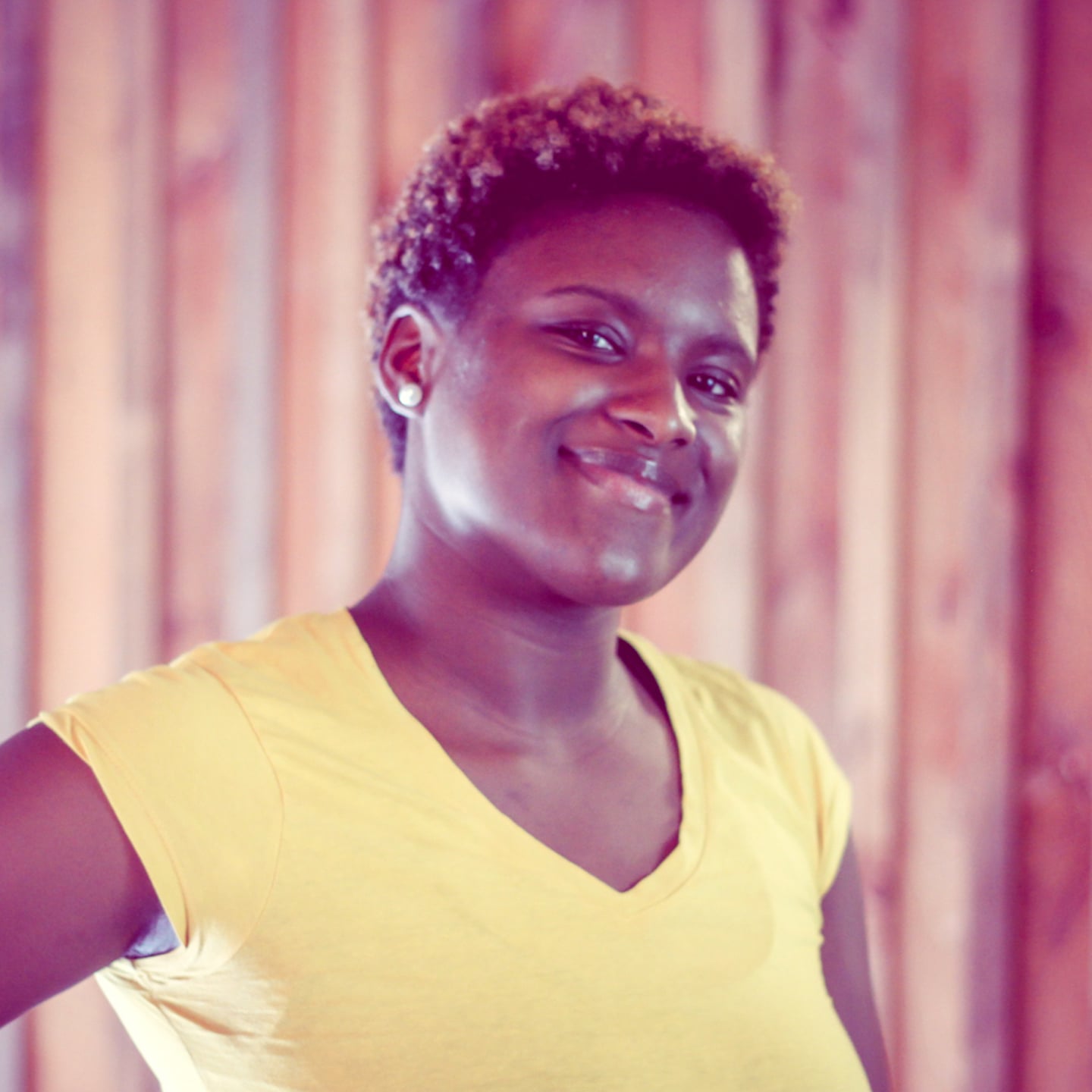 As a 17-year-old high school senior in Dallas, CoWanda Rusk (pictured above) was busy sketching out her future — preparing for graduation, applying to college, considering what career path to pursue — when an unplanned pregnancy upended her world. "When I found out I was pregnant, immediately I just started to pray," she told POPSUGAR. "Like, 'What am I going to do?'"

"I didn't have that kind of relationship with my parents where I felt comfortable enough to go tell them," she said, so she leaned instead on her own relationship with faith, talking to God and carefully considering the kind of life she wanted for herself.

"I was in school, thinking about it, on my computer, doing some applications. And then I was like, 'You're planning your future right now. And this one thing could possibly change the way that you navigate that.'"

Like many people experiencing unwanted pregnancies in America, Rusk's next move was to call a Planned Parenthood clinic. But when the person on the other end of the line told her the procedure's steep price — starting costs for an abortion typically land around $500 in the northern Texas area, according to Executive Director of Texas Equal Access abortion fund Kamyon Conner — Rusk realized that teenagers with next to no financial resources have very few choices.

Then a friend passed along the name of Texas-based organization Jane's Due Process (JDP), a group that provides legal assistance and representation to the state's pregnant minors. JDP referred Rusk to the Texas Equal Access Fund, and suddenly her options sprung open again. "I thought it was too good to be true," Rusk said, when she learned total strangers were willing to help.

According to Yamani Hernandez, executive director of National Network of Abortion Funds (NNAF), hundreds of thousands of people seek assistance from abortion funds each year after finding themselves in Rusk's position. In 2017 alone, Hernandez said, abortion fund helplines across the country received around 153,000 such calls from people scrambling to pull together enough resources to access the care that is (for now, at least) still a constitutional right.

"You only have yourself. If you can't govern yourself, then what control do you really have over anything?"

For those with economic safety nets, a world where forced pregnancy is commonplace perhaps seems unimaginable; even if large swaths of America do succeed in shuttering abortion clinics — as many have — a procedure is, for some people, always one flight away. But abortion funds, Hernandez said, have always operated on the understanding that accessing abortion is not — and has never been — a sure thing for the marginalized, vulnerable communities these groups serve, a sentiment that was echoed by Texas's own Julián Castro in Wednesday's Democratic primary debate. "Roe has never been a promise to abortion access," Hernandez said, "and our members have been navigating the shortcomings of Roe v. Wade for decades."

The 76 resourceful, mostly volunteer-run abortion funds operating under the NNAF network (only 29 of which currently have any paid staff) pride themselves on working at the "intersection of racial, economic, and reproductive justice," Hernandez explained, doing their best to fill in the gaps for as many people as they can. From providing transportation to a clinic hundreds of miles away to offering a safe place to rest after a procedure to scraping together the considerable amount of money needed to pay for each abortion procedure, these funds work to tear down the many barriers to access.

In Rusk's case, she needed money — and an attorney. As a minor, Texas state law required her to obtain explicit consent from at least one parent before ending her pregnancy. When that wasn't an option, Rusk had to go in front of a judge and request permission through what's called a "judicial bypass."

"I remember when my attorney explained to me exactly what I had to do. And I was like, 'I can't do that.'" As a black person in America, she said, the thought of stepping into a courtroom was traumatizing enough on its own. Add in asking another human being for permission to make an extremely personal decision, and the experience threatened to feel completely dehumanizing. "We all, I feel like, have been given choice by God; by our creator," she explained. "You only have yourself. If you can't govern yourself, then what control do you really have over anything?"

"Because they're legal 'minors,'" JDP's Development Director Nan Kirkpatrick told POPSUGAR, "teens are often thought of as not to be trusted with their own well-being. But the truth is they should have the full ability to consent or not consent to anything having to do with their bodies." Maintaining bodily autonomy, Kirkpatrick added, is "essential for emotional well-being, a sense of wholeness, and [safekeeping teenagers'] right to make their own destinies."

On the day of her court appearance, Rusk remembers feeling "super nervous." Comforted a little when she realized the judge was a black woman, Rusk described her judge's approach as that of a "stern aunt." While she said she doesn't remember feeling disrespected or violated by the proceedings, an exchange Rusk recalled from that day highlights the way in which adolescent sexuality is often policed and shamed within the legal system, particularly around abortion. "I told [the judge] I wanted to be a psychologist," Rusk recalled, before recounting a line from the judge's response about how she couldn't "be having a whole bunch of sex and getting pregnant in medical school."

Her judicial bypass now secured with the help of JDP, Texas Equal Access Fund (known as the TEA Fund, a group dedicated to helping the people of northern Texas access abortion) stepped in to provide financial support. With $250 from the TEA Fund, $100 from JDP, and $80 more of her own money, Rusk was finally able to get an abortion on May 20, 2017 — a little over a week after she first learned of her pregnancy. Now, as a 20-year-old community college student, Rusk described feeling incredibly lucky she was able to overcome all those obstacles. "Everybody does not get to have that access or even know that those resources exist," she said.

"Roe has never been a promise to abortion access, and our members have been navigating the shortcomings of Roe v. Wade for decades."

For Rusk, sharing her story means helping to lift the immense weight of shame off of the shoulders of others. "I don't really think a lot of good things come from secrecy," she said. A member of YouthTestify, a joint leadership program between NNAF and Advocates for Youth. She hopes she's able to reach those feeling most alone. "As a black person, we don't talk about these things a lot," she said. "Sex isn't talked about. The whole idea about a woman's anatomy is so secret." Being visible about her path to abortion could be life-changing for someone who feels like no one in their immediate community understands. "We need to have these conversations," Rusk explained, "because people's lives are at stake."

TEA Fund Executive Director Conner estimates that of the nearly 6,000 helpline calls they received in 2018, at least three a month came from adolescents facing the judicial bypass system just like Rusk. "I'm always inspired by young people figuring out how to navigate through these restrictions and barriers on their own to obtain this health care through JDP," Conner said. But she wishes they didn't have to fight so hard to receive that care.

Conner describes the abortion funds operating across the country as "a radical social safety net that shouldn't have to exist." In an ideal world, Conner argued, the government would be "doing its job" by taking care of the people "who live and work in this country." But until abortion access is available for all, these funds will continue showing up for whoever needs resources of any kind in order to exercise the right to choose. "Since there are some shortcomings there," Conner said, "I'm really inspired and truly in love with this group of people who have just kind of decided to do this on their own."