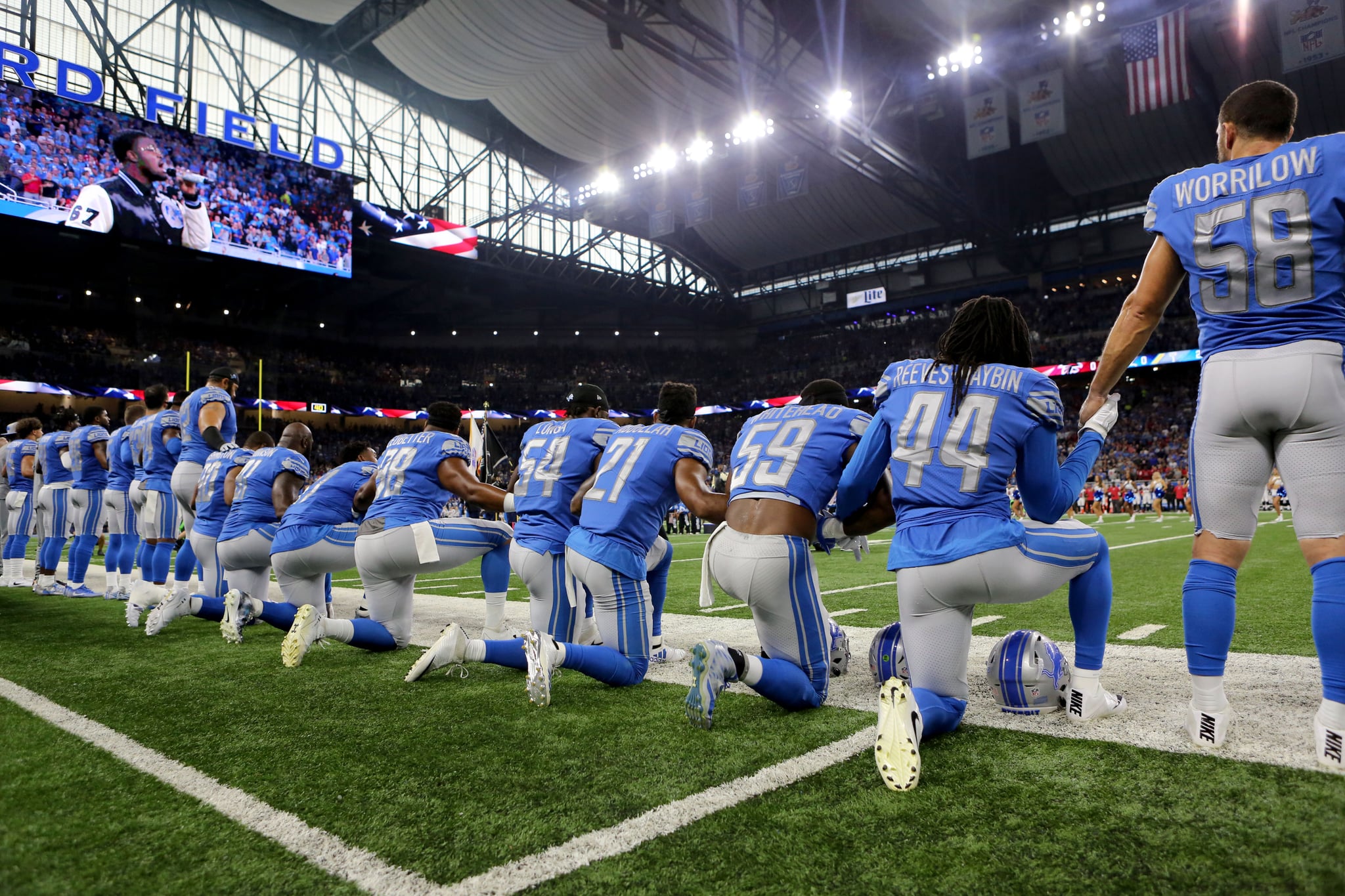 On Sunday, Sept. 24, 2017, #TakeAKnee and #TakeTheKnee appeared on social media more than 4 million times, emerging in response to disparaging remarks from President Donald Trump about Colin Kaepernick, Eric Reid, and other professional athletes choosing to kneel during the National Anthem as a form of peaceful protest. The hashtags were not part of a planned or established campaign, as compared to other impactful online moments like #ALSIceBucketChallenge or #Kony2012. Usage evolved organically, in much the way hashtags were originally intended to: as a way to collate and organize disparate conversations on the same or similar topics.

The power and immediacy of such a commanding online response has once again raised questions about online social activism, sometimes referred to as "hashtag activism" or, reproachfully, "slactivism." Does it do anything? Does it simply make us all feel better? Is it a real driver of change?

These are questions without easy answers. DeRay McKesson, one of the most popular voices using Twitter to pursue racial justice, thinks the answer is yes. In an interview with The Atlantic, he notes that "[Ferguson,] Missouri would have convinced you that [Black Lives Matter protesters] did not exist if it were not for social media." This speaks to a powerful argument for the use of social media for social activism as a way to demonstrate presence, opinion, and volume. Though certainly much of what actually changes the lives of Americans happens behind closed doors in Washington, the fact remains that it is easier for people to represent or respond to your interests if you make those interests known.

Strength in Numbers and Amplified Voices

In the case of #TakeAKnee, consider this: the NFL is a $14 billion dollar business. It has a bottom line. On the evening of Sept. 23, the president of the United States advised this business to take a particular action ("fire" players kneeling during the anthem) in front of a crowd of screaming supporters. Regardless of whether the president has any direct authority in the matter, the pressure applied is nothing to scoff at. When that pressure is immediately countered by 4 million social media posts — many, if not most, generated by consumers of the NFL's product — a clear message is communicated to the league: should you think twice about following this advice, many, many, people are willing to hold you (financially) accountable.

In the same vein, the offline action associated with #TakeAKnee could only be meaningfully executed by professional athletes (though Stevie Wonder and other public figures certainly help the cause.) Those athletes often rely on endorsements and tenuous contract negotiations. So, those 4 million social media posts very likely directly influenced how many players who had not done so previously had the courage to actually take a knee during the games on Sept. 25 and 26, replicating Kaepernick's original real-word action.

DeRay McKesson also notes, in relation to the Black Lives Matter movement, that before social media, "everybody [told] the story of black people in struggle except black people." This highlights another important positive of social activism online: the ability to constantly and consistently correct and control a narrative. As Trump tries to warp the meaning of Kaepernick's protest into disrespect for the American military, flag, and anthem — and the NFL largely tries to sidestep the issue by making the response about how sports unifies our country — social media users pointed over and over again to the original intent of the gesture: a peaceful protest drawing attention to the unrelenting police brutality perpetrated against black men in the United States.

Kaep kneeled to call attention to the systemic racism in our criminal justice system, Trump wants to silence protest to racism! #TakeAKnee https://t.co/biZh4mCIl0

This is exactly on point. #TakeAKnee pic.twitter.com/OGG0GxPgxF

Don't allow racists to reframe #TakeAKnee as being a debate about anthem & flag. It's a protest of police brutality & racism... 🙄

This may not change the minds of those who disagree, but it does act as a reminder to those reached (including the media) that to realistically discuss #TakeAKnee, one must also at least address the issue of racial justice. Thousands of people acting as de facto fact checkers also certainly makes it more difficult to misrepresent the truth — or at least more difficult for boldly false claims to gain widespread traction.

The "Spreadability of Values"

To get academic for a moment, this type of social activism demonstrates the power of what sociologist Henry Jenkins calls the "spreadability of values" in his 2013 book Spreadable Media. Spreadability speaks to the capacity of social media, as a diffuse digital medium, to "[provide] a catalyst for reconceptualizing aspects of culture, [require] the rethinking of social relations, [and reimagine] cultural and political participation." As people share perspectives and commentary on social issues, and that content is retweeted or reposted to larger and larger audiences, the thoughts themselves "[gain] greater resonance in culture, [take] on new meanings, [find] new audiences, [attract] new markets, and [generate] new values." According to Jenkins, and the at least 1,320 other academics who have cited this work, conversations on social media can change the way we think and act in society.

Social activism on social media carries with it the danger of a false sense of participation or impact.

Naturally, there are limitations to this. For one, just because it can change our behavior does not mean it will. For another — as we have seen in the increasing polarization of the 2016 election and its aftermath — people very often build their social media environments into echo chambers of their own beliefs and opinions. If you are only sharing with people who think just like you, what change are you likely to make? This is certainly truer on Facebook than on Twitter, where unless you have a private account, you do not control who reads or interacts with your posts.

In addition, social activism on social media carries with it the danger of a false sense of participation or impact. It should not, under any circumstances, be seen as equivalent to offline, real-world action. It can amplify it, it can comfort those doing it, it can help raise awareness of what is being done — and, as in the case of Black Lives Matter, it can actually be the genesis for tangible, offline action — but it cannot replace it. For those who truly care about racial justice in the United States, posting about #TakeAKnee should be one of a variety of actions taken to advocate for change — alongside things like voting regularly, educating oneself on how structural racism in America takes shape in real ways like mass incarceration, attending demonstrations, lobbying elected officials, and supporting businesses that support marginalized communities.

In such a polarized and tense political climate, informed dialogue may be one of the highest forms of rebellion, on whatever medium it may appear. As long as people do not treat social media activism as all that is required of them, it should absolutely be seen as one instrument among many in the toolbox of an activist.

by Pallavi Bhadu 1 minute ago