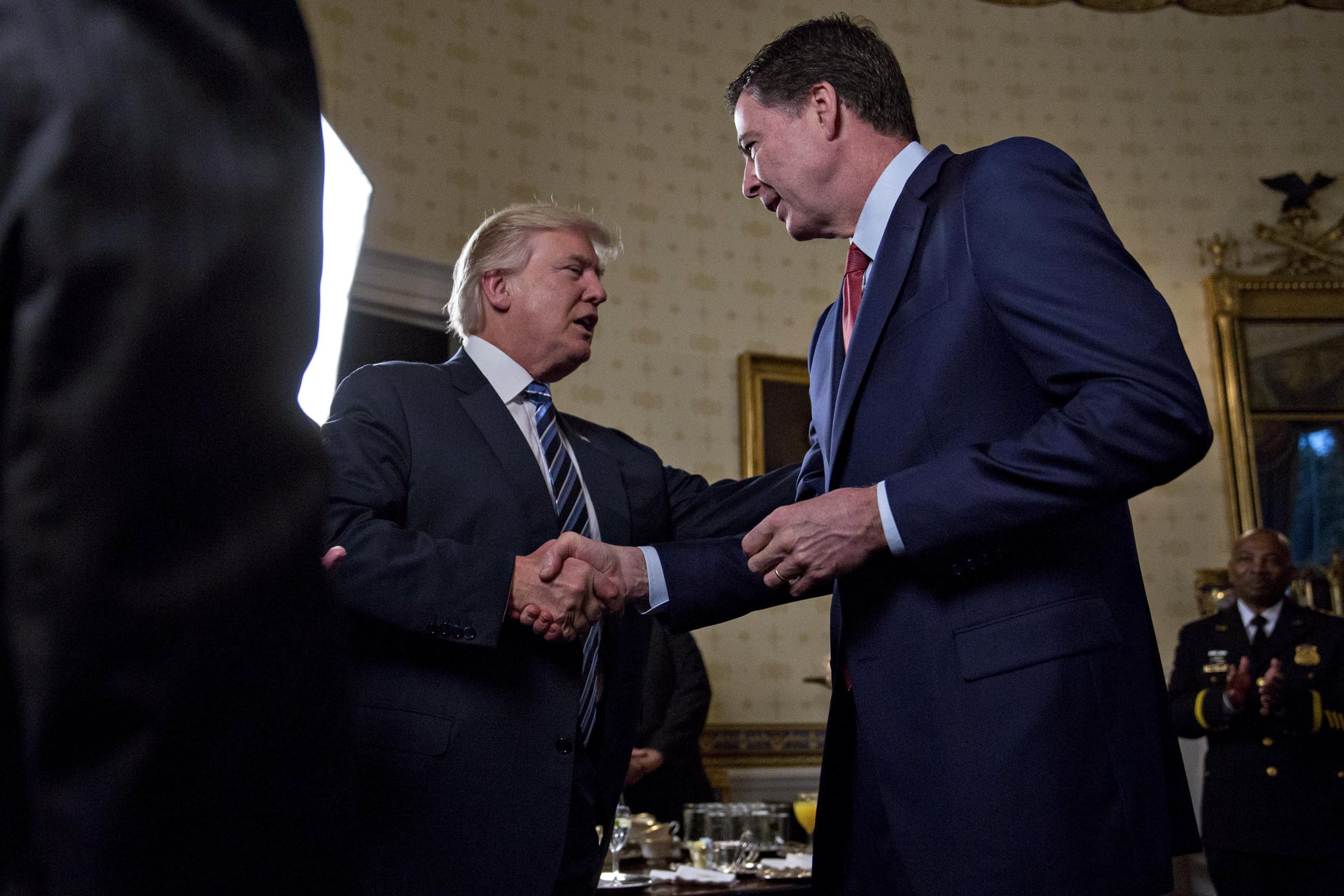 Obstruction of justice is a phrase we're going to be hearing a whole hell of a lot going forward.

Former FBI Director James Comey hinted in his Senate testimony last week that President Donald Trump might be the subject of an investigation into all things obstruction. But that suggestion was confirmed on June 14 when The Washington Post confirmed that special counsel Robert Mueller is, in fact, looking into whether or not Trump impeded an ongoing investigation. The New York Times reported a similar conclusion though did not go so far as to confirm that the investigation was happening, just that it was in the realm of possibility.

What does it all mean? In short, if Trump did indeed ask Comey to "let go" of the bureau's investigation into then-National Security Adviser Mike Flynn — as a memo written by Comey states — then the request might be considered obstruction of justice.

Julie O'Sullivan, a Georgetown Law professor who spoke with The Times, says Trump's actions could constitute obstruction of justice — but a prosecutor would have to prove Trump's intent was to end the investigation. Before impeachment proceedings can even be discussed, Congress must analyze all of the memos reportedly written by Comey about his interactions with the president before he was abruptly fired on May 11. And we may actually get a chance to look at those memos too — CNN filed a lawsuit against the FBI on June 15 in a quest to make them part of the public record.

Former Presidents Bill Clinton and Richard Nixon, the only two presidents to be tried for impeachment in the last century, were both charged with obstruction of justice. Though it might seem like Trump has committed any number of impeachable acts, it will be up to Congress to investigate (or appoint a special prosecutor to investigate) this specific incident. Mueller and his investigators are reportedly collecting statements from many in the Trump orbit, and his team is said to be reviewing Comey's memos that document the events that took place in the weeks before his firing. We haven't had confirmation from the special counsel directly — and that's a testament to the sterling reputation that he's amassed over his long career in public service as virtually leak-proof, a stark contrast to the current administration's sieve-like tendencies.

Trump has retained a personal attorney to fight off the accusations and took to Twitter the morning after The Washington Post's bombshell report to openly mock the allegations and, once again, call the whole thing a witch hunt:

You are witnessing the single greatest WITCH HUNT in American political history - led by some very bad and conflicted people! #MAGA

Legally, obstruction of justice is a charge that can be brought against "whoever . . . . corruptly or by threats or force, or by any threatening letter or communication, influences, obstructs, or impedes, or endeavors to influence, obstruct, or impede, the due administration of justice, shall be (guilty of an offense)." In theory, therefore, charges could in fact be brought against the president were the existing allegations proven to be true. But it's far more complicated than just a finding of guilt; in both the Clinton and Nixon cases, no criminal charges were brought, and therefore there's no precedent on how to proceed with prosecuting a criminal case against a sitting president.

Given that Republicans control Congress, an impeachment proceeding seems unlikely — but bringing a vote to Congress on that very matter would be the next step if Mueller finds that Trump obstructed the Russia investigation. But as we all know, unlikely doesn't mean impossible in Trump's America — so what happens next is anyone's guess.