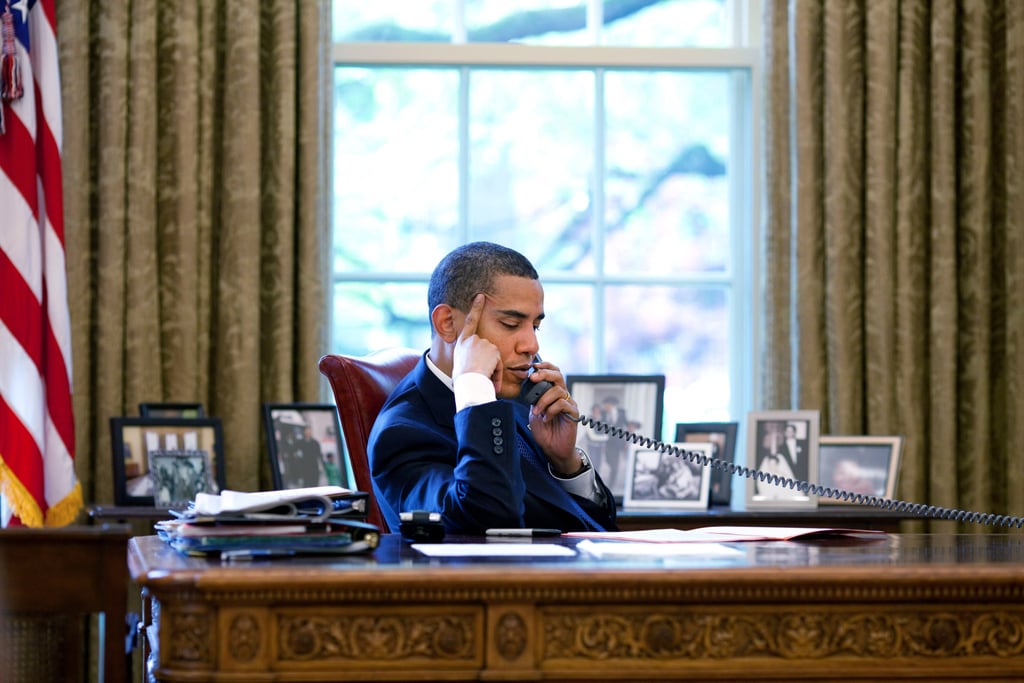 While we might know some of President Obama's passion-driven plans once his administration is over, we didn't know where exactly he'd be working from after departing the White House. Now, The Washington Post reports that Obama will be leasing a space in the World Wildlife Fund headquarters in Foggy Bottom — one of Washington DC's oldest neighborhoods.

A spokeswoman for the sitting president didn't divulge the location of Obama's new office but did say, "As a former president, President Obama will have office space in Washington, DC, when he leaves office." According to The Washington Post, two officials involved in the deal anonymously confirmed the location.

WWF is a leading conservation organization that frequently leases empty office space to other companies and non-profits. Obama may not be explicitly working with WWF while using the office space, but he does have a relationship with the organization after he appointed WWF President and CEO Carter Roberts to the Advisory Council on Wildlife Trafficking in 2013.

In addition to having a favorable relationship with WWF, Obama might have also chosen the building due to its incredibly "green" features. According to WWF, the building was built to conserve energy and features the third largest green roof in Washington DC. It also doesn't hurt that it's a quick, 10-minute drive from the Obama family's new abode in Kalorama.

Some of Obama's upcoming work will take place in Chicago, where his presidential library will be, but he will likely be working from DC to continue his several charity projects, like My Brother's Keeper and the first lady's Let Girls Learn initiative. In addition, the sitting president will continue to be a leader within the Democratic party and in the National Democratic Redistricting Committee, a new group chaired by former Attorney General Eric Holder.

Ahead, see photos of the WWF's exterior, lobby, and rooftop and check out even more pictures here.