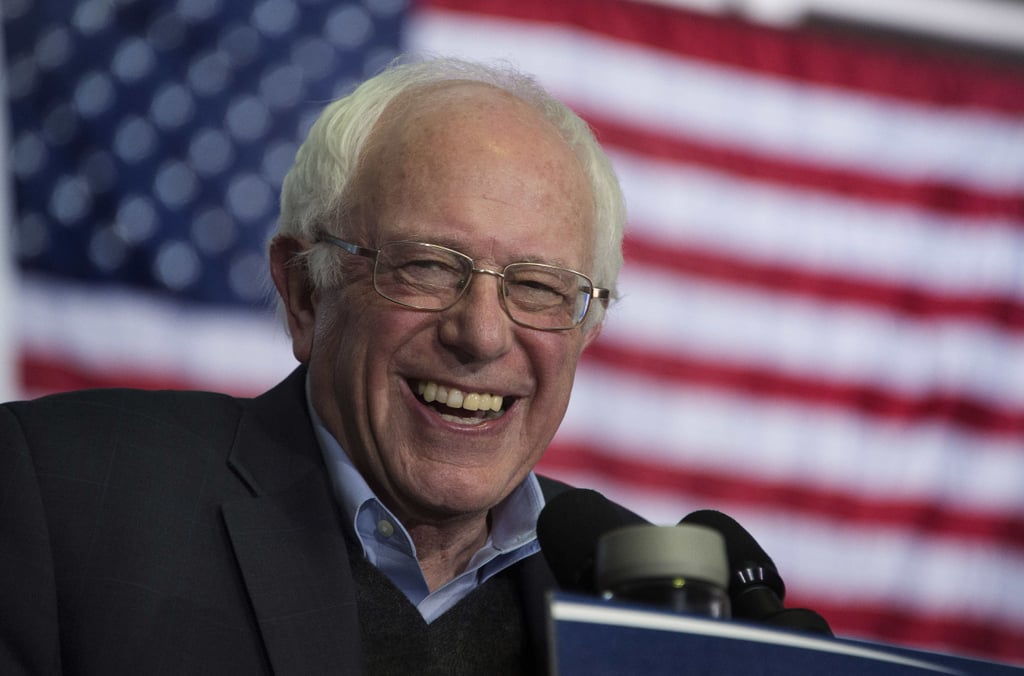 If you told anyone 15 years ago that the 2016 election would be battle between a self-proclaimed democratic socialist and a billionaire businessman, they might call you crazy. While that's not definitively the case in the upcoming election, it's certainly a possibility. Much like his antithesis, Donald Trump, Bernie Sanders's surging popularity reflects the far left's dissatisfaction with the American political system.

Since August, Sanders has been filling auditoriums and amassing a campaign fund that matches Hillary Clinton's through small, individual donations. Again, like Trump, very few experts anticipated Sanders's popularity would continue to gain momentum — he beat Hillary Clinton in New Hampshire and narrowly lost to her in Iowa. More than ever, it looks like the race for the Democratic nomination will be a state-by-state battle. Given his initial underdog position, how did Sanders ascend to position of viable candidate?

My definition of democratic socialism is creating a government that works for all of us, not just a handful of people on top.

To begin with, Sanders is wildly popular among millennials and on college campuses. He sincerely champions issues that are central to their concerns — debilitating student debt, justice reform, women's rights, climate change, and the ever-widening income inequality. A recent ad perfectly encapsulates his message and why it's so powerful:

While Clinton also campaigns for these causes, her connection to Wall Street through donations weakens her credibility and suggests her calls for economic reform are disingenuous. Young voters identify with Sanders because he is so candid and earnest — his 36,000 student volunteers prove Sanders's resonation.

What's more, millennials matured during the recession and are therefore wary of the banks — Sanders's vocal opposition to Wall Street and his desire to break up the behemoth banks make him all the more honorable. According to a Harvard Institute of Politics poll, only 25 percent of adults between 18-25 trust the government and Sanders is ostensibly the antidote to this political mistrust. He also doesn't have to appease any donors because his donors are his supporters and not corporations with agendas.

Are you ready for a radical idea? We are going to create an economy that works for the middle class, not the billionaire class.

Clinton is a formidable candidate because she is experienced and known by most people in the country — but her recognition works for and against her. She is the quintessential politician running at a time where many are exhausted by the government's failures and voting for her would mean voting for yet another American political dynasty; another political dynasty leaves little hope for visible reform. Sanders has consistently fought for change, however unpopular and unwelcomed it was at the time; he marched on the Washington Mall with Martin Luther King, Jr. and fought for civil rights as a college student. Sanders's passion and zeal is attractive to voters who view Clinton's campaign as robotic and hypercalculated. Some say Clinton panders while Sanders simply expresses his vision for a better America.

Many people have the mistaken impression that Congress regulates Wall Street. The real truth is that Wall Street regulates the Congress.

Young Americans, the middle class, and the disenfranchised are just as hungry as they were in 2008 for a political overhaul. Sanders's campaign resembles Obama's grassroots operation and both candidates capitalized on the palpable desire for political revolution in America. Sanders's popularity, in large part, stems from his fight for the voiceless: his platform calls for a higher minimum wage, redistribution of wealth through tax reform, and a promise that the rich will not keep getting richer while the majority of Americans continue to suffer. Like Obama's battle cry in 2008, Sanders pledges "a future to believe in." As the Iowa caucuses begin, Sanders should be confident in his ability to win since 43 percent of Iowa voters are self-described socialists and 44 percent oppose Wall Street. Though these voters' sentiments benefit Sanders significantly, he remains neck and neck (depending on the poll) with Clinton in Iowa. Regardless of the results from the Iowa caucus, Sanders's tailwind is not relenting anytime soon.

What the American economy should be about is fighting to protect the middle class, not indulging the greed of billionaires.

Whether his supporters adore him or are simply members of the "anyone but Hillary" Democratic camp, Bernie Sanders's popularity is a viable force to be reckoned with. Sanders is lovable, relatable, and human — which is perhaps his most potent weapon. Voters are attracted to Sanders's authenticity and willingness to admit his faults — like when he admitted to mishandling Black Lives Matter protestors at one of his rallies — unlike other candidates who obfuscate their mistakes to seem more electable. Sanders's genuine belief in the potential for a revitalized nation is magnetic and his sway continues to strengthen by the day.