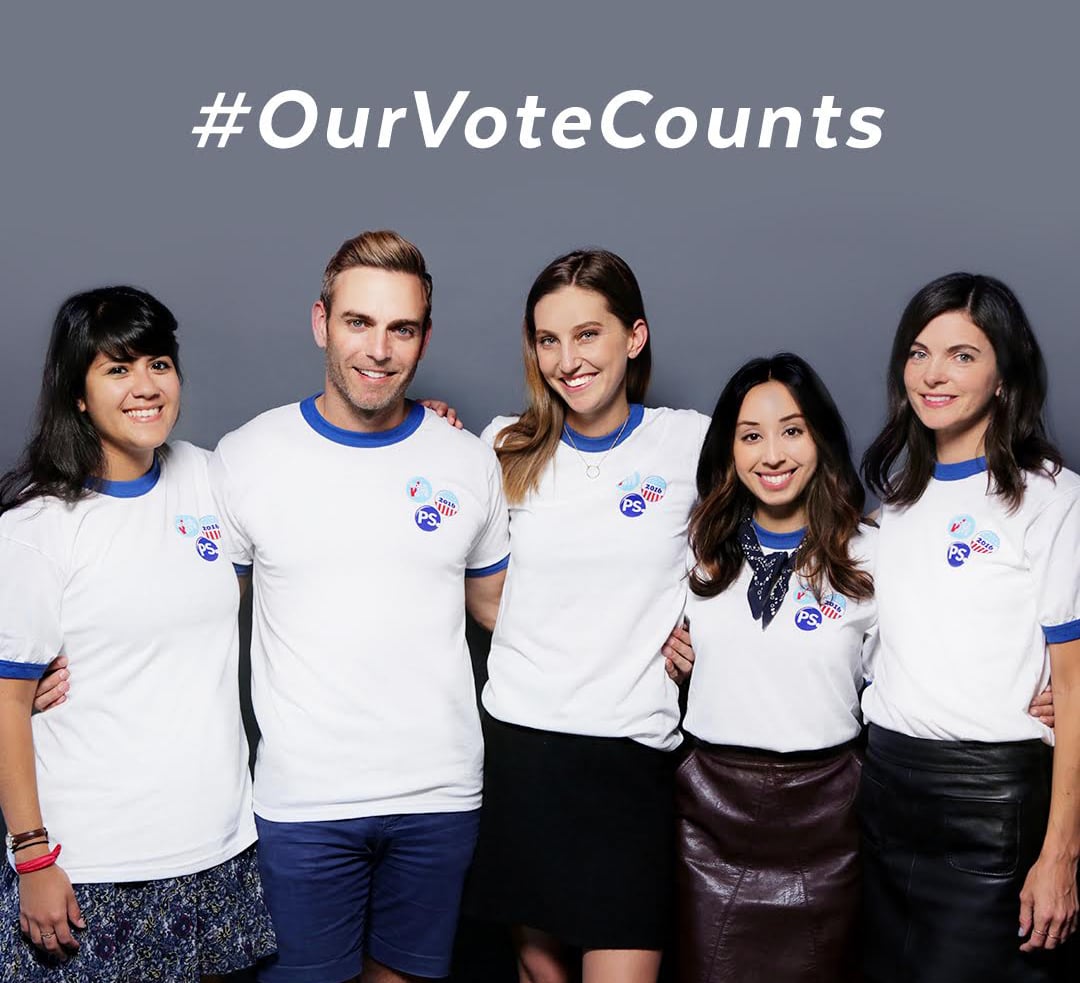 Vote! We can't say it enough, and we'll keep saying it until Election Day! Along with our ongoing partnership with Rock the Vote, POPSUGAR is proudly joining forces with #OurVoteCounts, which brings together more than 50 of the nation's top media brands (including Glamour, The Skimm, Essence, InStyle, The Cut, and on and on) with the goal of registering 100,000 women to vote before Nov. 8.

According to the Center For American Women and Politics, only 45 percent of women ages 18 to 24 voted in the 2012 election, compared with 64 percent of eligible female voters overall. Millennial women are turning out to vote at much lower rates than the general population, and #OurVoteCounts wants to turn that tide. With a nonpartisan effort that will reach an audience of more than 67 million women, we will do anything we can to ensure that women participate in this historic election.

You know #ImWithHer, but wherever you stand, just get out and vote! It's more important this year than ever before. Join the cause and register to vote here, then spread the word and encourage the other women in your life to do the same.

Shopping Guide
8 Best Reads From the Biden and Harris Families, From Memoirs to Children's Books
by Anvita Reddy 10 hours ago