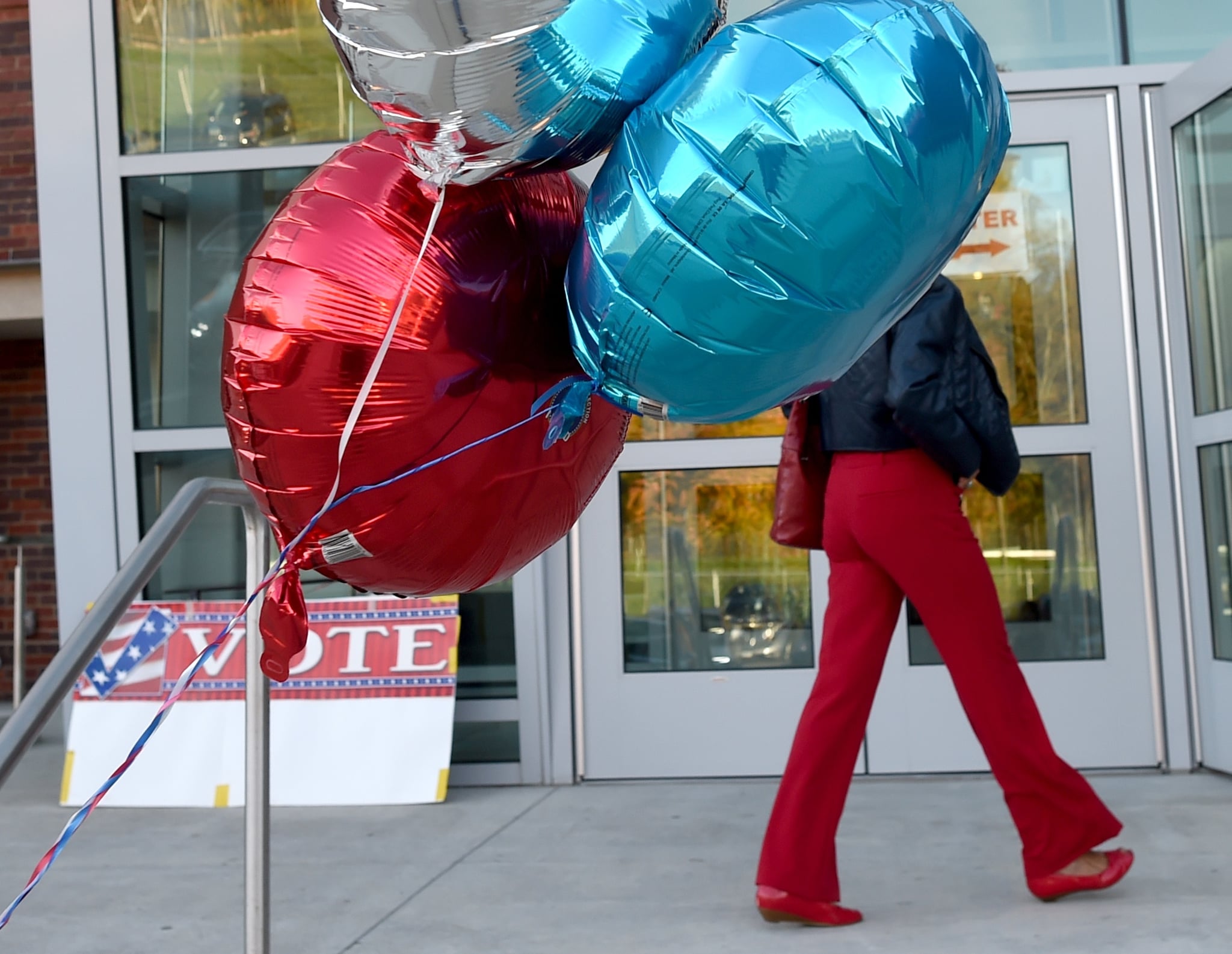 As Election Day looms, you're probably hearing a lot about why you need to get your butt to the polls. But, consistently, a huge chunk of the American population fails to do just that — especially in midterm elections. The main reason people historically cite for dodging their civic duty is that it's simply too hard to get away from work and school to cast a ballot. So why, then, do we continue to hold Election Day on a seemingly random Tuesday in November?

Vote.org founder Debra Cleaver said there's a surprising answer — one that made sense when Congress instituted the rule in 1845, but makes very little sense now, more than 170 years later. In the mid-1800s, the United States was still largely a society fueled by agriculture. That meant November was a good month to hold the vote, because it was after the harvest, but before Winter weather set in. OK, but why Tuesday?

"They picked Tuesday because it was the day before farmers had to set up at market, so people would be coming in from the rural areas into town," Cleaver said. "It was the single-most convenient day for the majority of Americans to vote, because people were all in the city centers." Flash forward to today, Cleaver said, and that's clearly no longer the case.

Related:
So You're Registered to Vote — Now What?

Several efforts to change this archaic tradition and establish Election Day as a national holiday have been made over the years, but to no avail. Why is that? Cleaver has a theory: "I don't think elected officials are motivated to increase turnout, because increased turnout increases accountability."

Cleaver isn't even convinced that simply declaring Election Day a national holiday would make great strides to remedy America's low voter turnout. (Only 58 percent of eligible voters cast a ballot in the 2016 presidential election.) "If we simply make Election Day a federal holiday, it will only affect federal employees," she noted. Instead, there are a number of other things we could do to help make voting easier on the electorate, and we need only look at other developed countries — most of which have higher voter turnout rates than we do — for clues. Here are a few examples:

Only about half of US states have laws protecting the rights of workers to take unpaid time off — key word: unpaid ——to vote on Election Day. For many people, especially employees who are paid hourly, the choice to go to work instead of to their polling place doesn't feel like much of a choice at all.

Cleaver said that, for most Americans, it's their boss who ultimately controls whether they can realistically take time away to vote. So even though we may have the legal right to exercise our voting privileges, it's reasonable that many people are too intimidated to ask to use it. This fact unfortunately serves to make populations marginalized by factors like socioeconomic status even less likely to make their voices heard via their votes.

That's why Cleaver and Vote.org launched ElectionDay.org, a special project to enlist companies to hold themselves accountable when it comes to making voting a priority. To date, more than 150 companies — including Patagonia, Lyft, Kaiser Permanente, and Pinterest — have signed ElectionDay.org's pledge to give workers paid time off to vote on Election Day this November.

Cleaver said she's been heartened by the response, and isn't above appealing to corporate self-interest in making her case to business leaders. "Low voter turnout increases the likelihood that radical candidates win and radical candidates bring with them radical policies that hurt business," she noted, pointing to the current trade war with China, which is causing headaches for businesses across several industries. "Democracy is good for business."