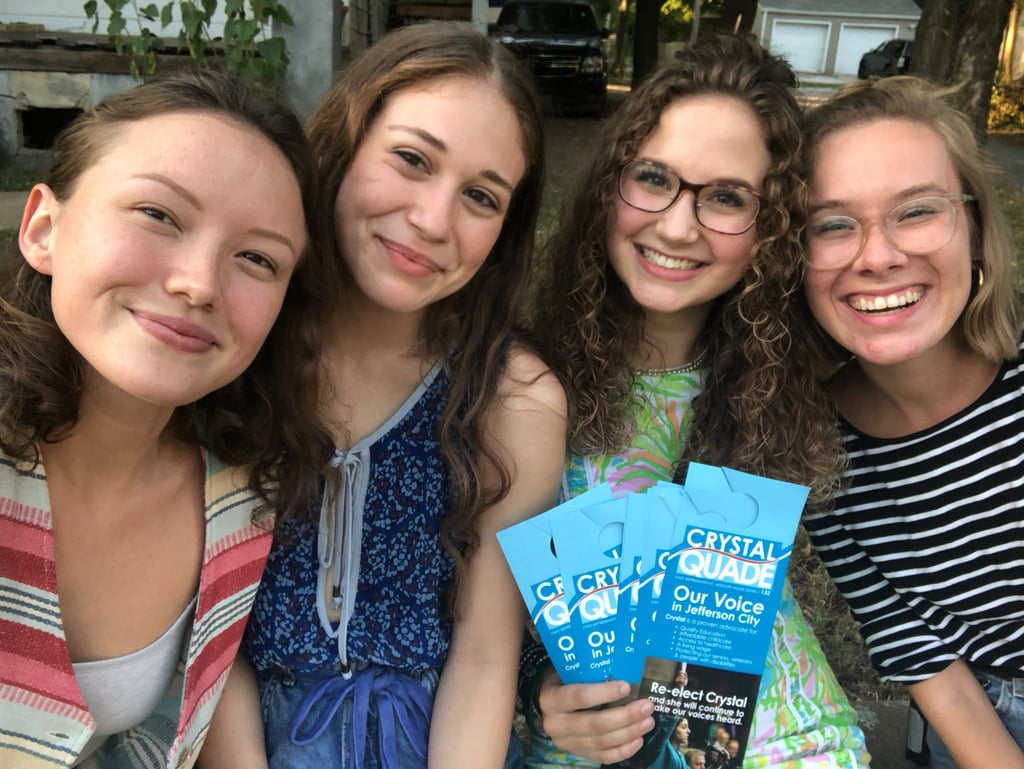 So You're Registered to Vote — Now What?

I am a recent college graduate (that's me in the picture above, on the far right, with some amazing volunteers), and I've spent much of my Summer working out of my county's Democratic party office as a full-time campaign staffer. Despite the fact that we are located deep in Trump country, the older people who have worked in the office for years say they've not seen this kind of grassroots energy in Southwest Missouri for decades. While this is exciting, with fewer than 100 days until the Nov. 6 midterm elections, it is important that we continue to harness our anger toward the current administration into tangible action.

So what exactly are midterms, and why are they important? Every four years, between every presidential election, midterm elections provide us with the opportunity to vote for members of Congress and state legislators. In a way, midterms are just as important as the presidential elections. This is truer than ever in the era of Donald Trump, because those in Congress and our state legislatures have the power to either resist or uphold HIS policies. Republicans hold a majority in the Senate by a mere seat, and in the House, by only 24 seats. Voting in a new Congress of progressives who would protect immigrants from Trump's destructive immigration policies, protect a woman's right to choose by voting against Trump's Supreme Court picks, and potentially pursue impeachment if Robert Mueller's investigation recommends it could radically shift the political landscape.

Related:
This Campaign Ad Captures Why Women Are Running in 2018 — and Will Make Your Heart Swell

Millennials now make up 31 percent of the American populace and finally represent an equal amount of the electorate as baby boomers . . . but while 69 percent of baby boomers voted in the 2016 election, only 49 percent of millennials did. We are the most diverse generation in American history; now is our time to mobilize and show up at the polls. We must ensure that those in office properly represent our voices as young people, and we have the power to create a just and inclusive America; we just have to act. Here are three simple ways we can.