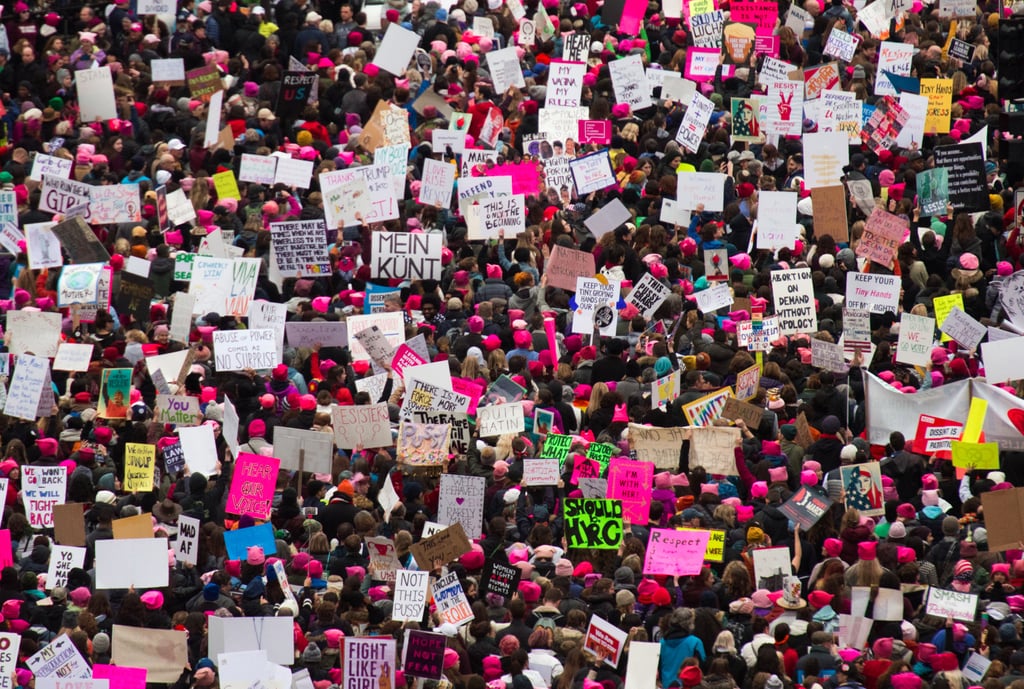 Six months ago, an estimated 4.6 million Americans took to the streets to join Women's Marches in cities and towns across the country. The momentum generated from the march continues to grow, and women are celebrating the six-month anniversary by reposting photos from the day under the hashtag #6MonthsSinceWomensMarch. People are also taking the time to discuss several of the actions they've taken since then, like calling their senators or attending town halls. Ahead, see some of the best replies to the hashtag — and don't forget, you can still get involved.

Related:
26 Badass Signs From the Women's March on Washington You Won't Be Able to Forget
Previous Next Start Slideshow
FeminismWomen's MarchUS News
Around The Web

Joe Biden
Could Your Student Loans Be Forgiven During Joe Biden's Presidency? Here's What We Know
by Kaley Rohlinger 4 days ago