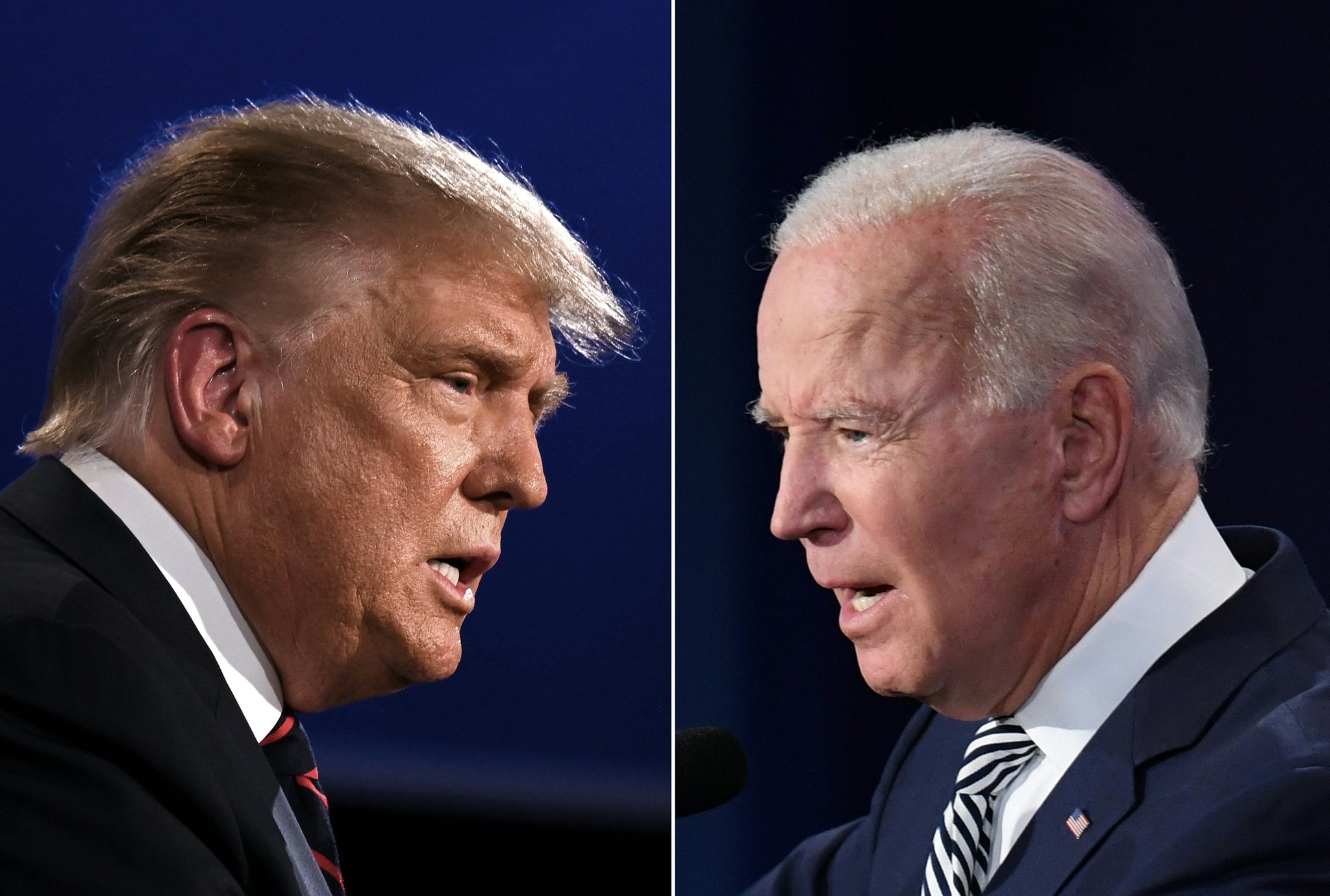 President Donald Trump and former Vice President Joe Biden shared the stage on Sept. 29 to engage in the first presidential debate of 2020. Tensions ran high as Fox News anchor Chris Wallace asked the incumbent and his Democratic challenger about their stances on climate change, healthcare, the economy, ongoing racial injustice in the US, and more. Every debate comes with its share of necessary fact-checking in case of inaccuracies, but it played an especially important role in this face-off as unsubstantiated claims ran rampant.

While both candidates made inaccurate statements during the course of the 90-minute-plus debate, Trump far outpaced Biden when it came to factual errors and lies. If you're not tuned into every one of Trump's press conferences or interviews, the claims made in the debate can appear overwhelming. But, sadly, for noted fact-checkers like CNN's Daniel Dale, the event was actually "relatively easy" to cover because the president has "made the vast majority of these false claims before." That said, if it's not your full-time job to decipher politicians' truths from lies, we've broken down a few of the major inaccuracies below:

Joe Biden
Biden's First Year in Office: A Look at What It's Meant For Families
by Kate Schweitzer 3 hours ago