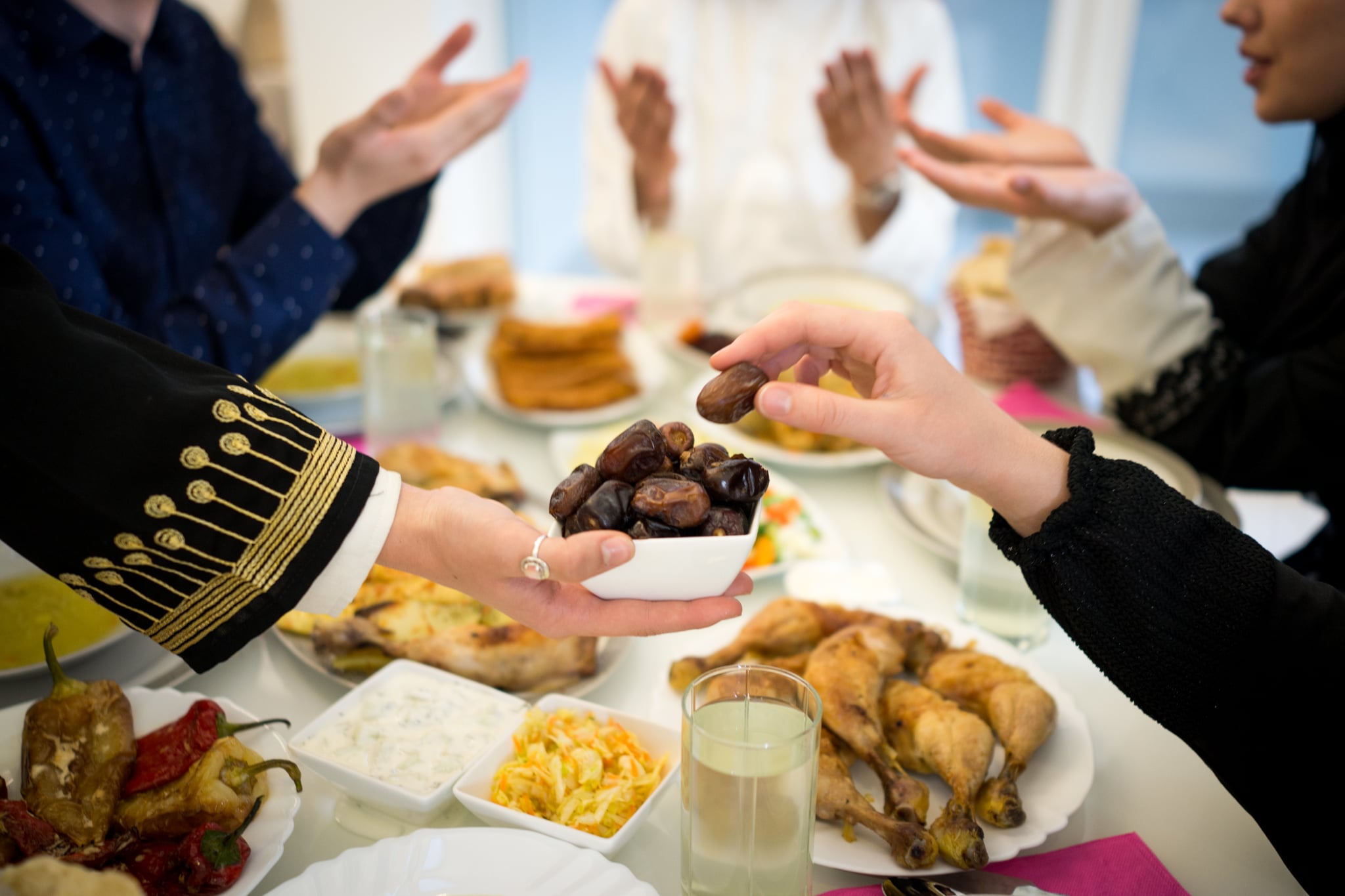 
Donate to an Organization

Making Arab food is a great way to celebrate Arab American Heritage Month. There are several Arab American chefs and food bloggers you can check out. Visit cheftariq.com to find authentic Middle Eastern recipes. From traditional stuffed sweet potatoes to hummus, Chef Tariq has you covered. "Decolonize your hummus. Hummus is an ancestral food and it's about more than vegan protein," artist Mona Haydar told POPSUGAR. "It's the method of preparation that involves everything from the planting of the chickpea seed to the harvest. It's a communal process of shelling and shucking and then drying. Many hands make the work light, and to feed the village everyone had to pitch in so that all could be well fed from harvest to next harvest. It's about honoring the olive trees which provide the drizzle of olive oil that goes on top. The next time you eat hummus, think about the land which it came from and the hands which helped to plant, grow, water, harvest, dry, ship, and produce the food you're eating."

Arab American people are often overlooked when studying American history. Learn to recognize the difference between people from different Arab countries. Each country has its own cuisine, language, and history. Watch shows and films featuring or made by Arab Americans. "I think people should celebrate Arab American history month by researching and learning about influential Arab women," activist Zena Ozeir told POPSUGAR. "People often assume that Arab women are oppressed because of the stereotypes that are perpetuated in the media, but there is a long history of Arab women being change-makers and trailblazers."

Try to avoid forming ideas about Arab Americans based on stereotypes portrayed in mainstream media. Take the initiative to watch films and television produced by Arab American people to get a better sense of the trials and tribulations that Arab Americans face on a daily basis. Visit The Arab American News, the National Network For Arab American Communities, and The Jerusalem Post to get the latest updates on Arab communities. While watching non-Arab media, recognize Arab-themed mascots and commercial products — these stereotypical depictions of Arab people do not represent Arab communities accurately.