With less than two weeks until the presidential election, Barack Obama showed up for Joe Biden by delivering a damning speech against the current administration. In his address at a drive-in rally for the Biden-Harris ticket in Philadelphia on Oct. 21, the former president encouraged Pennsylvanians to participate in this crucial election and take advantage of early voting. "What we do these next 13 days will matter for decades to come," he said.

Obama primarily, however, offered a searing, scorched-earth takedown of President Donald Trump — criticizing his pandemic response, continual spread of misinformation, and shadowy financial dealings. Political analysts and pundits noted this may have been the toughest Obama has ever been on his successor. Refer to some of the standout moments below, and watch the speech in its entirety above.

On Trump's Misuse of the Executive Office

Right at the start, Obama accused Trump of being disinterested in fulfilling the duties and expectations of the presidency. He said, "I never thought Donald Trump would embrace my vision, or continue my policies, but I did hope, for the sake of the country, that he might show some interest in taking the job seriously. But it hasn't happened."

"This is not a reality show. This is reality."

Though he's certainly not the first to make the comparison, Obama said Trump continues to act like a reality host, not a president: "He hasn't shown any interest in doing the work, or helping anybody but himself and his friends, or treating the presidency like a reality show that he can use to get attention. And by the way, even then, his TV ratings are down. So, you know that upsets him." Obama added, "The thing is, this is not a reality show. This is reality, and the rest of us have had to live with the consequences of him proving himself incapable of taking the job seriously."

The same day Obama delivered his speech, The New York Times reported that Trump maintains a bank account in China, and previously paid $188,561 in taxes in China from 2013 to 2015. "Can you imagine if I had had a secret Chinese bank account when I was running for reelection? You think Fox News might have been a little concerned about that? They would've called me Beijing Barry," Obama said. "It is not a great idea to have a president who owes a bunch of money to people overseas."

"Of the taxes Donald Trump pays, he may be sending more to foreign governments than he pays in the United States," Obama added, touching on the prior New York Times bombshell report about Trump paying $750 in federal income taxes in 2016 and 2017. "My first job was at a Baskin-Robbins when I was 15 years old. I think I might've paid more taxes that year."

Obama didn't only focus on his successor — he also spoke to the merits of his former vice president and the current Democratic presidential nominee. "When I chose Joe Biden as my vice presidential running mate, I didn't know Joe all that well. We had served in the Senate together, but we weren't super close," Obama said. "He and I came from different places. We came from different generations, but I came to admire Joe as a man who learned early on to treat everybody he meets with dignity and respect — living by the words his parents taught him: 'No one's better than you, Joe, but you're better than nobody.'"

"That empathy, that decency, that belief that everybody counts: that's who Joe is. That's who he'll be. I can tell you the presidency doesn't change who you are, it reveals who you are, and Joe has shown himself to be a friend of working people," Obama continued. "For eight years, Joe was the last one in the room when I faced a big decision. He made me a better president, and he's got the character and experience to make us a better country." 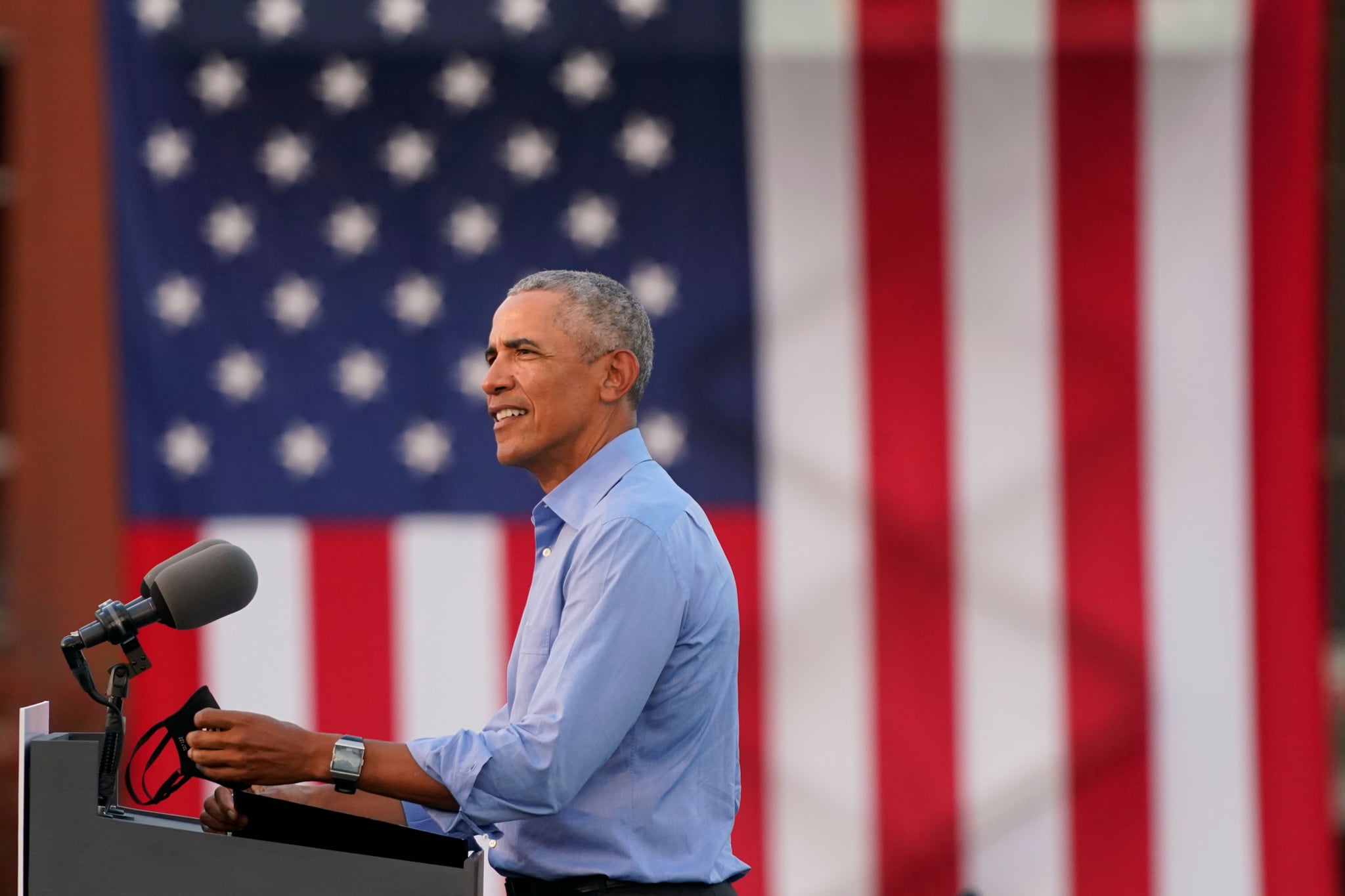 Undeniably, one of the biggest failings of the Trump administration has been its response to the COVID-19 pandemic, which has so far resulted in countless small business closures and the deaths of over 220,000 civilians in the United States. To this, Obama said, "This pandemic would've been challenging for any president, but this idea that somehow this White House has done anything but completely screw this up is just not true."

"This president wants to take credit for the economy he inherited, and zero blame for the pandemic he ignored."

"I get that this president wants to take credit for the economy he inherited, and zero blame for the pandemic he ignored, but, you know what? The job doesn't work that way. Tweeting at the television doesn't fix things. Making stuff up doesn't make people's lives better. You've gotta have a plan. You've got to put in the work," Obama said, before saying his own administration left the White House with a "pandemic playbook," which evidently went ignored. He added, "They probably used it to prop up a wobbly table somewhere. We don't know where that playbook went."

Obama also touched on Trump's own contraction of the virus earlier this month: "Eight months into this pandemic, cases are rising again across this country. Donald Trump isn't suddenly gonna protect all of us. He can't even take the basic steps to protect himself."

On the Fate of the Affordable Care Act

On Nov. 10, the Supreme Court will hear Texas v. California, which will assess the constitutionality of the Affordable Care Act, commonly known as Obamacare. On the future of the healthcare plan, and repeated attacks from the GOP to repeal it, Obama said, "Republicans tried to repeal or undermine it more than 60 times. They keep on promising, 'We're gonna have a great replacement.' They said, 'It's coming.' It's been coming in two weeks for the last year 10 years. Where is it? Where is this great plan to replace Obamacare? They've had 10 years to do it. There is no plan. They've never had one." He added, "They're trying to dismantle your care in the Supreme Court as we speak, as quickly as they can in the middle of a pandemic, with nothing but empty promises to take its place. It's shameful."

On a Return to Normalcy

Another standout moment happened when Obama spoke about the return to normalcy — and the shift away from the normalization of misinformation — that, he promises, would take place if Biden and Harris were to be elected: "With Joe and Kamala at the helm, you're not gonna have to think about the crazy things they said every day — and that's worth a lot. You're not gonna have to argue about them every day. It just won't be so exhausting."

Then, touching on the growing QAnon conspiracy theory, Obama said, "You might be able to have a Thanksgiving dinner without having an argument. You'll be able to go about your lives knowing that the president is not gonna retweet conspiracy theories about secret cabals running the world, or that Navy SEALs didn't actually kill bin Laden."