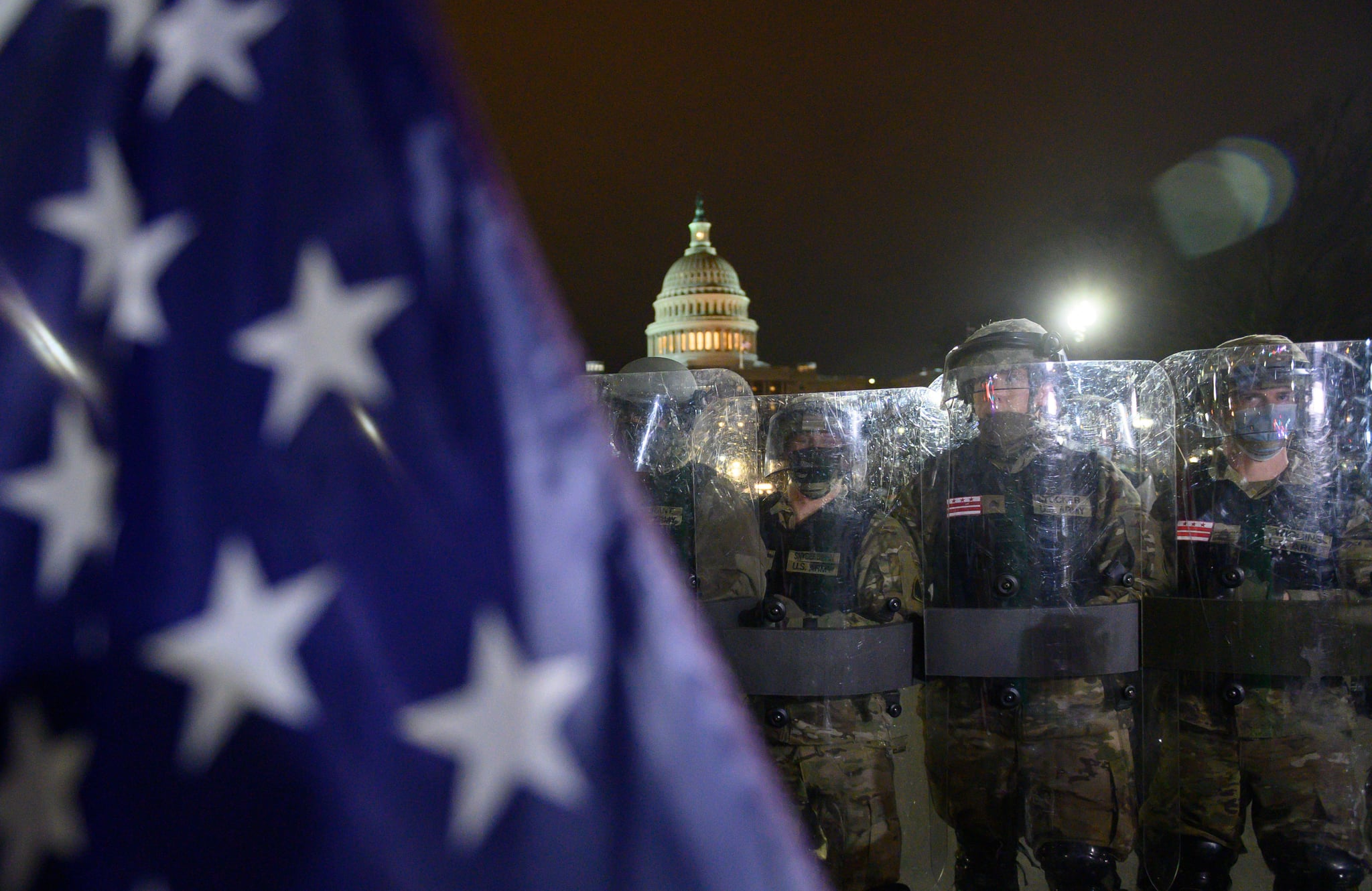 After everything that happened in 2020, I still can't get myself to believe that what I witnessed on the news and social media yesterday is real.

The irony I see in this country is that whenever we take one step toward change and equality, we take five steps back when it comes to embracing other people's needs and voices who are a part of this country, as well.

After the 2020 election, I felt exhausted still being in a pandemic, let alone bearing witness to continuous acts of police brutality, even after the killing of George Floyd. Then came the uproar of racial reckoning and the election itself. Now this?

Even after the voter count drama, Biden's victory was confirmed. I thought my civic duties could take a rest and I could get into my New Year's resolutions — but I was mistaken.

As I watched and looked at the photos and video footage of the pro-Trump mob, I laughed to myself about the unfairness and privilege I continue to see white men have over anyone else.

I wasn't mad at first. But then I thought about all the peaceful protests that have taken place with Black Lives Matter over the years, which only became violent when Black men were murdered and action wasn't taken swiftly and seriously.

These are the true thugs of our society: white men who have continuously been given space to do and take what they want when they don't get their way.

How is it that BLM protests don't take place without what seems like a billion cops with their rifles ready, with us on our knees, begging for change — but a mob of Trump supporters breaking into the Capitol, shattering windows, roaming through the Capitol grounds, screaming "USA!" and "We want our country back," is taken so lightly?

I even saw a picture of a white man hanging from a balcony inside the Capitol. This is what we in the Black community mean when we say "privilege."

This could never be a BLM protest. In fact, no BLM protest has ever resulted in treason. What we see on the news right now is not a form of protesting. This is simply white men fearful of the change we desperately seek and need in this country. In our nation's history, white men haven't been discriminated against or subjected to extrajudicial, unlawful murder like the Black men and women in this country.

These are the true thugs of our society: white men who have continuously been given space to do and take what they want when they don't get their way — not even a slap on the wrist.

Yesterday, I watched a news report on CNN. Van Jones reported live as the footage rolled on the screen. It wasn't until he said "possible civil war" that it all sounded like something out of the history books.

Are people really that fearful of change? Why do white men feel so entitled to speak over and solely be the ones to make decisions over this country? Because they were the ones to steal it first? How is that justifiable?

We just want to be ourselves and exist; to be given the same opportunities and respect. And I am convinced we can achieve those things when Black people vote.

I don't want to have a reason to be mad at the world. And I think that's where the world doesn't understand Black Americans. We don't want to be divided. We don't want to be at war. We just want to be ourselves and exist; to be given the same opportunities and respect. And I am convinced we can achieve those things when Black people vote. In the history of this country, my ancestors and I have taken loss after loss, beginning with our existence here. I want Trump supporters to just take their L and face the reality that they aren't the only ones in this country and the only people who want things.

I don't want to be pulled back in time. I'm not a slave anymore. I don't want to live in a country of backward ideologies, continually being told through the actions of white men that I'm part of the most hated race in this country. I want to be able to reflect back on Biden taking office as a new day for my community and how I operate in the world — and I'm not letting the violent actions of a group of rioters take that away from me.

Erianna Jiles is currently studying creative writing at Metropolitan State and will graduate in 2021. She's also a writer for YR Media.