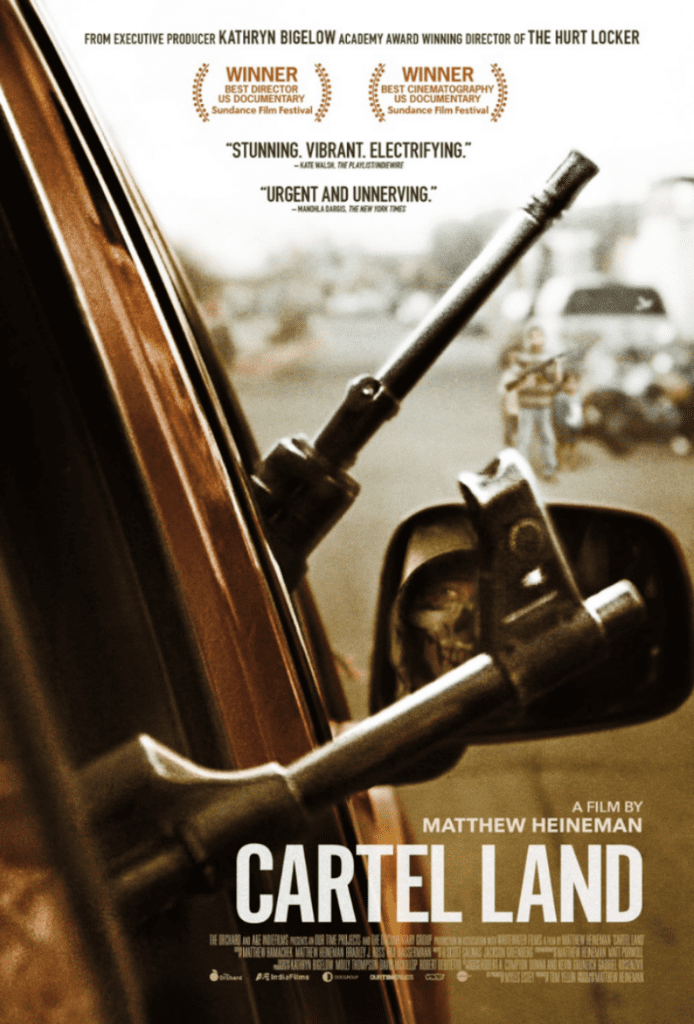 The director of Zero Dark Thirty, Kathryn Bigelow, produced Cartel Land. Out of all the drug documentaries I’ve seen, this is a masterpeice. I say that because it’s the epitome of behind the scenes; the director’s access to a vigilante group fighting the cartels in Mexico is unprecedented. Perhaps most disturbing is the twists and turns which transpire over the course of the film. This is a must watch for those who want to know what the unfiltered drug trade in Mexico is like and how it has infiltrated the government. Cartel Land was also nominated for an Academy Award this year and won best documentary direction at Sundance.

Previous Next Start Slideshow
NetflixUS News
Around The Web