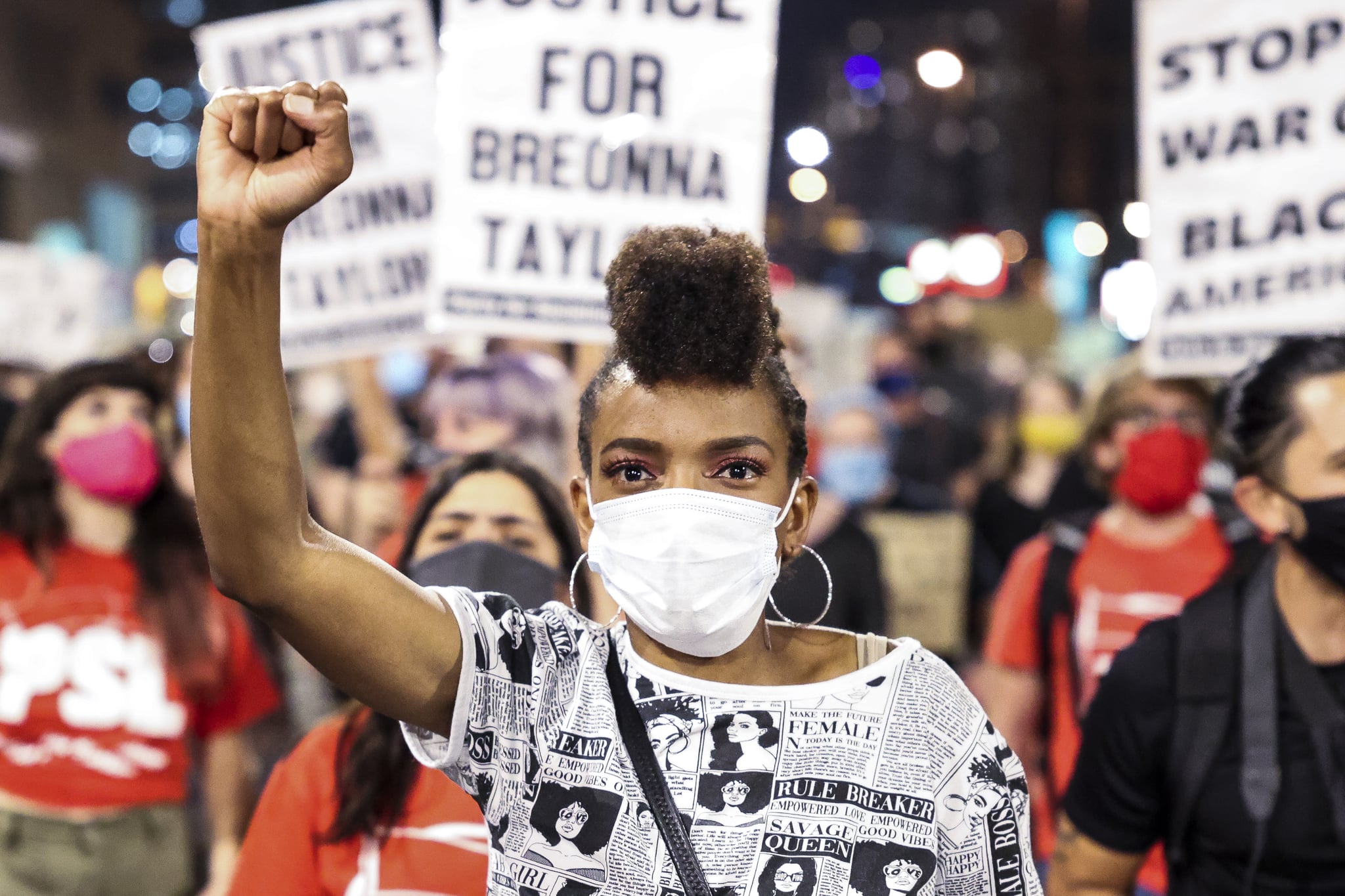 The right to protest is one of the most crucial components of American democracy. Thanks to the first amendment, it's lawful to participate in civic marches, sit-ins, or other nonviolent means of holding the powerful accountable.

Before you join a protest, though, it's a good idea to create a personal safety plan and familiarize yourself with your rights. The American Civil Liberties Union (ACLU) has a comprehensive guide that addresses the specific rights of protest organizers, attendees, and record-creators here, but we pulled out major takeaways everyone should have on hand, no matter your level of involvement, ahead. For further pointers, we also have tips on how to navigate protesting while undocumented and pointers for participating in Black Lives Matter protests as an ally.

Sticking to public space is ideal

When protesting on private property, like a residential yard or a private business, you're less legally protected. For that reason, the ACLU cites public places like "streets, sidewalks, and parks" as among the most constitutionally protected gathering spots. Heads up that large protests taking place in the street may need a permit, so check on your local government's guidelines. Areas outside public government buildings are also fair game, as long as protesters aren't blocking doors or preventing access.

Know your rights when interacting with law enforcement

If you're stopped by a police officer during a protest, you're allowed to ask for what reason. Though you should be as calm as possible throughout the interaction for your own safety, know that you do not have to agree to be searched by officers unless you're placed under arrest. Officers may, however, carry out a pat down" search if they suspect you're carrying a weapon, which should only be conducted by pat-checking the outside of your clothing. Once stopped, you may ask the officer at any time if you're free to leave.

Recording during a protest is within your rights

If you're protesting in a public space — like a street, sidewalk, or park, as mentioned above — you have the right to record anything the ACLU describes as "in plain sight" — which includes police officer actions. Law enforcement does not have the right to stop you from recording an interaction between officers and the public, including the documentation of protest arrests. You don't have to show officers what you've captured, whether it's a photo, video, or audio recording, and officers do not have the right to delete your phone's content.

Keep these bookmarked, and look out for yourself and the people around you as you hit the streets. We need you to keep (safely) marching on. Finally, if you aren't able to protest, find resources on how to stay involved in the fight for racial justice here.