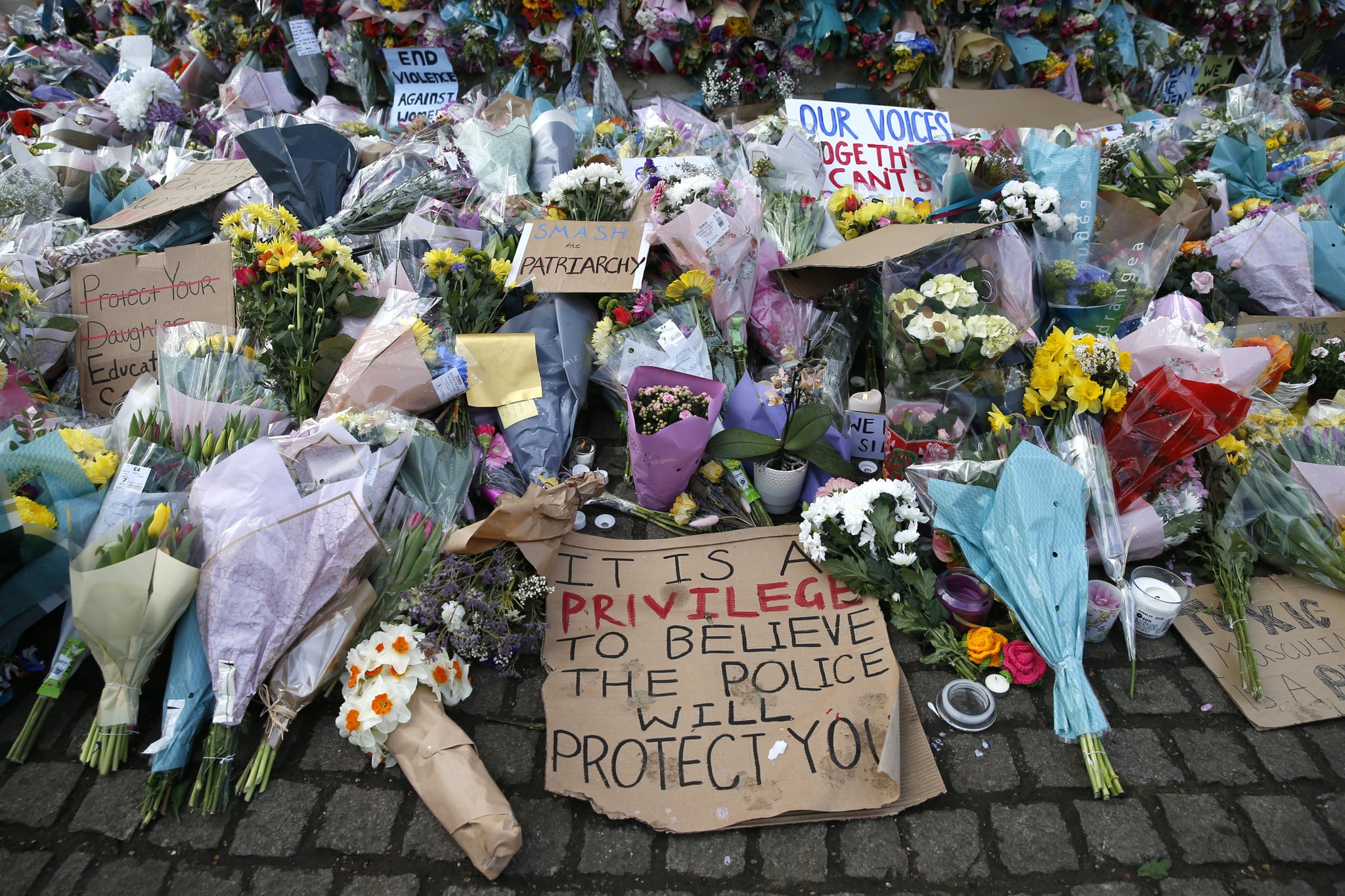 Following the death of Sarah Everard, who was allegedly kidnapped and killed by London police officer Wayne Couzens while walking home one night in early March, crowds gathered to mourn their collective loss and protest the circumstances of her death. However, the vigil was quickly disrupted by (mostly male) police officers, who targeted women demonstrators, forcefully and aggressively arresting them under the guise of public safety.

Everard's death reignited conversation about the culture of day-to-day violence that women face everywhere — in the streets, in our own homes, and even at the hands of police. One in five women is a survivor of rape, and a 2018 survey found that 81 percent of women have faced some form of sexual harassment. Everard's death and the violence demonstrated by police officers against mourners gathered to honor her further highlights an unsettling truth: not only do police officers often fail to keep women safe, but in many cases, they're the perpetrators of violence against them. Black women and other women of color are even more likely to face violence from law enforcement. Everard's death comes just one year after American police officers shot and killed Breonna Taylor, a young Black woman from Louisville, KY.

Not only do police officers often fail to keep women safe, but in many cases, they're the perpetrators of violence against them.

Days after police brutality sparked chaos at the vigil for Everard, The Times reported that plain-clothes police officers will patrol London bars and clubs when they reopen to "protect" women from violence. This initiative isn't just insensitive following Everard's murder, allegedly by an officer — in light of what we know about the prevalence of acts of violence against women by police officers, it's counterproductive and potentially dangerous. Women's fear of reporting the violence they face to police is rooted in the devastating reality that doing so could place them at further risk.

In recent years, several police officers in Arizona, Georgia, Maryland, Kansas and other states have been exposed and placed on leave or fired for stalking local women. Just last year, parents of Lauren McCluskey — a woman in Utah who was denied a restraining order against her ex-boyfriend, who later killed her — filed a lawsuit against police officers, alleging the officers had shared nude photos of McCluskey. And, in Oklahoma, officer Daniel Holtzclaw was imprisoned for stalking and sexually assaulting more than a dozen Black women from 2013 to 2014.

Related:
Women Are Sharing This iPhone SOS Trick After Sarah Everard's Murder, and It's Heartbreaking but Necessary

Sexual violence is a common form of police brutality, and research has shown that at least 40 percent of police officers are known domestic abusers. Additionally, 60 percent of prison rapes are committed by prison guards and staff. In light of these facts, it's hardly surprising that between 65 and 85 percent of sexual assaults aren't reported to law enforcement, with many survivors explicitly citing fear of intimidation by police. Among the survivors who do report their assaults, few receive meaningful protections or support. Across the country, hundreds of thousands of rape kits sit untested. Research has shown just five out of 1,000 rapists will ever be imprisoned — all while some abusers continue serving as police officers themselves.

As a result of Everard's death, many women have taken to social media to describe the tips and traditions they share within circles of friends to take care of each other when walking home alone at night, from apps to instantly call and text each other with safety updates, to the most effective methods of self-defense. Sharing these safety precautions with each other can be life-saving — but it's also infuriating that we need to do this at all. It's enraging that the onus falls on women to perform the exhaustive labor of trying to be safe from harm, rather than on men to simply not harm women.

Violence against women persists because it remains culturally acceptable. It persists because day-to-day street harassment is too often laughed off as a joke, and a greater crisis of male entitlement to women's bodies normalizes and justifies retaliatory violence against us. And, while anyone can be a victim of violence walking alone at night, gender still lies at the heart of the issue: the perpetrators of this violence are nearly always men.

Heartbreaking stories like Everard's are part of a greater cultural crisis of police violence and unsafe conditions for women. Society can only begin to address this crisis by listening to women about the fear of violence that colors our everyday lives — and believing us. 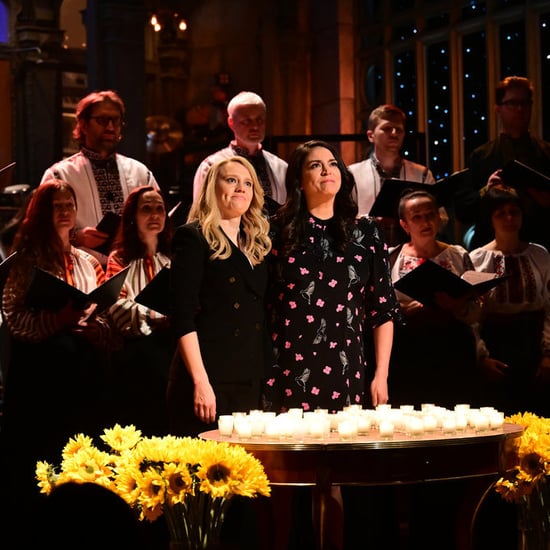