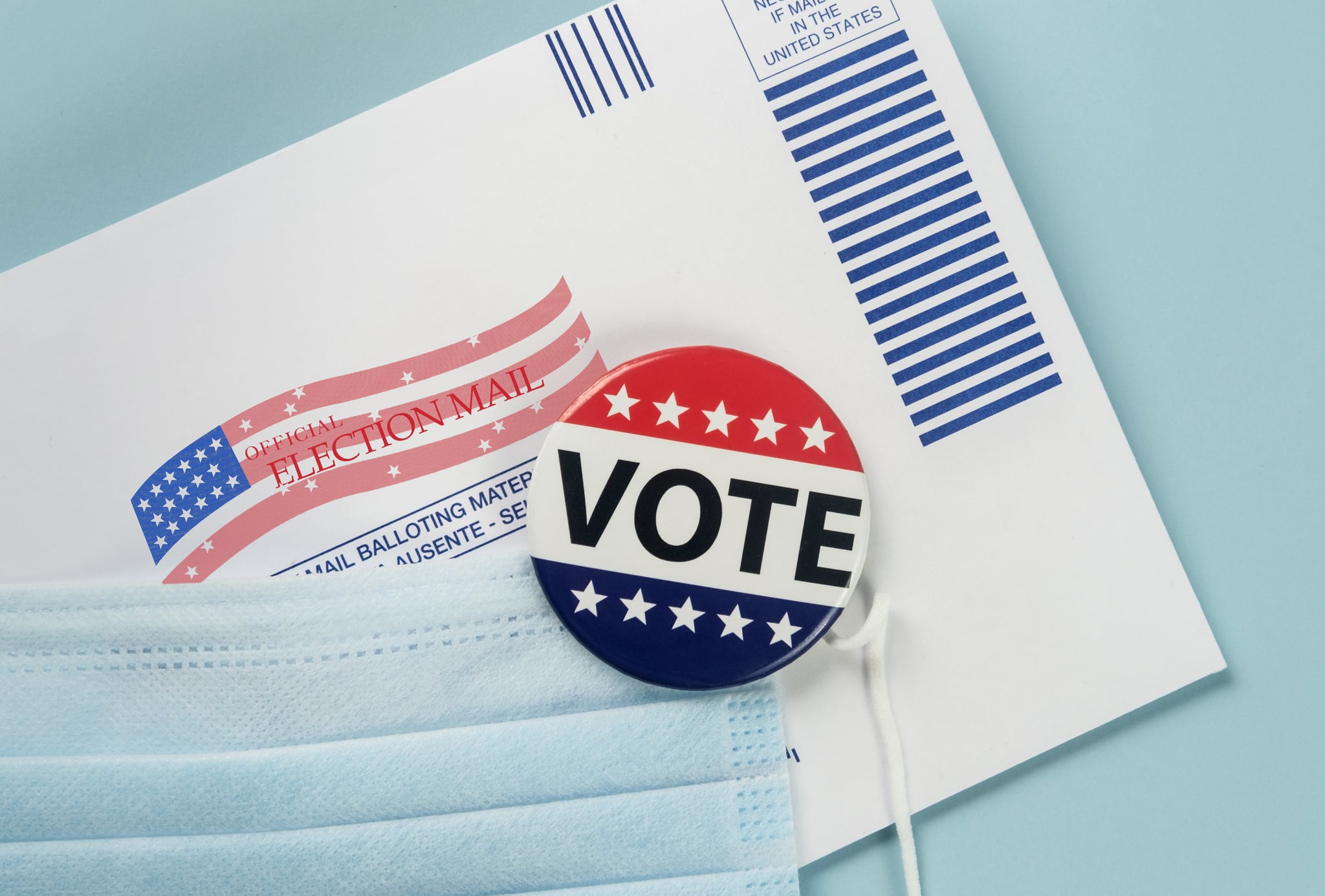 As we creep closer to Nov. 3, it's no surprise that much of the attention on the part of voters and the media alike has been on the presidential race between former Vice President Joe Biden and President Donald Trump. And I get it: With so much at stake and much of the trauma from the 2016 election still very fresh, it feels like the entire fate of the country rests on who voters choose as the country's leader in a month and a half.

Not to mention, the news cycle continues to move at warp speed with every racist, sexist, homophobic, transphobic, xenophobic, ableist, or classist statement or policy that Donald Trump or one of his cronies puts out there. It's hard not to feel like we're constantly drowning in a sea of reminders that we need to be on our game when it comes to picking a president in just a few short weeks.

However, while it's easy to focus on the daily minutiae of what the latest national polling numbers are or every harmful thing that comes out of Donald Trump's mouth, there are plenty of other political races happening this fall for voters to take note of, especially when it comes to local government.

Related:
Barack Obama Just Explained All the Different Ways to Vote, So You Better Hit the Polls

The people you vote during this election cycle to become a city council member or comptroller could be your next congressperson, or even president.

Local politics have often gotten a bad rap. Either people's knowledge of what's happening in their county or municipality's government is nonexistent, or it's jokingly compared to something out of Parks & Recreation; in reality, neither characterization really gets at the heart of why we all need to care about local politics and vote in those elections. (That said, I'm sure I'm not the only person who'd love for Leslie Knope to show up right about now and fix everything.) Not only do local politicians affect the bulk of the decisions made about your everyday life — from making sure trash is collected to creating comprehensive on-the-ground plans for fighting COVID — but they're also likely to become politicians at the state and federal levels of government in the future. The people you vote during this election cycle to become a city council member or comptroller could be your next state legislator, congressperson, or even president. (And a fun fact: Joe Biden's first foray into politics was actually getting elected to the New Castle County Council in Delaware and serving in the early 1970s.)

On a more egotistical note to vote in local elections, a common excuse people use for generally not voting in elections is that they feel like their ballot doesn't count. However, given that local elections often see under 25 percent voter turnout, your decision has an outsized impact on who wins and how your community is affected as a result. Take Las Vegas, for example: It's the 27th largest city in the U.S., yet its voter turnout during its 2019 election cycle barely broke 10 percent — and that still wasn't its lowest turnout year ever.

Your potential involvement with county or municipal politics shouldn't stop there, either. Volunteering is also critical at the local level given how tight the votes can be and how few people donate their time or money to these campaigns. I've personally witnessed the transformative nature of putting resources behind great local candidates: Over the past three and a half years, I've run an organization called Get Her Elected, where volunteers offer their skills pro bono to progressive women running for office at the local, state, and federal levels.

Related:
Everything You Need to Know to Vote Safely in Person During COVID-19

During that time, I've learned a lot. As someone who didn't come from a professional campaign background (I'd just volunteered and canvassed for campaigns here and there over the years), it's been an incredibly eye-opening experience to the many misconceptions of what it takes to be civically engaged, especially on the local level. Often local candidates are running their campaigns on the most shoestring of budgets, and unless they're self-funded, they're getting help from a hodge-podge team of friends, family, and other random volunteers. Big campaign firms don't invest in the bulk of local races (unless they're for big cities like New York or Los Angeles), and even if they did, most local candidates don't have the money to pay for their outrageously expensive services.

There's where the power of a few volunteers for a local candidate comes in handy: They can create campaign materials, help with canvassing and phone banking, write speeches, and more so that the types of people we want in our government have a fairer chance of getting there. Everyday people without formal experience working in campaigns can make a gigantic difference so easily, and I've seen few things more rewarding than watching a local candidate we've helped get elected and start implementing real changes in her community.

So yes, watching the national news nowadays is depressing. It's easy to put all of our energy into the outcome of that presidential race. But in addition, give a little thought to the folks at the bottom of the institutional ladder. They deserve your attention, your volunteerism, and your vote.