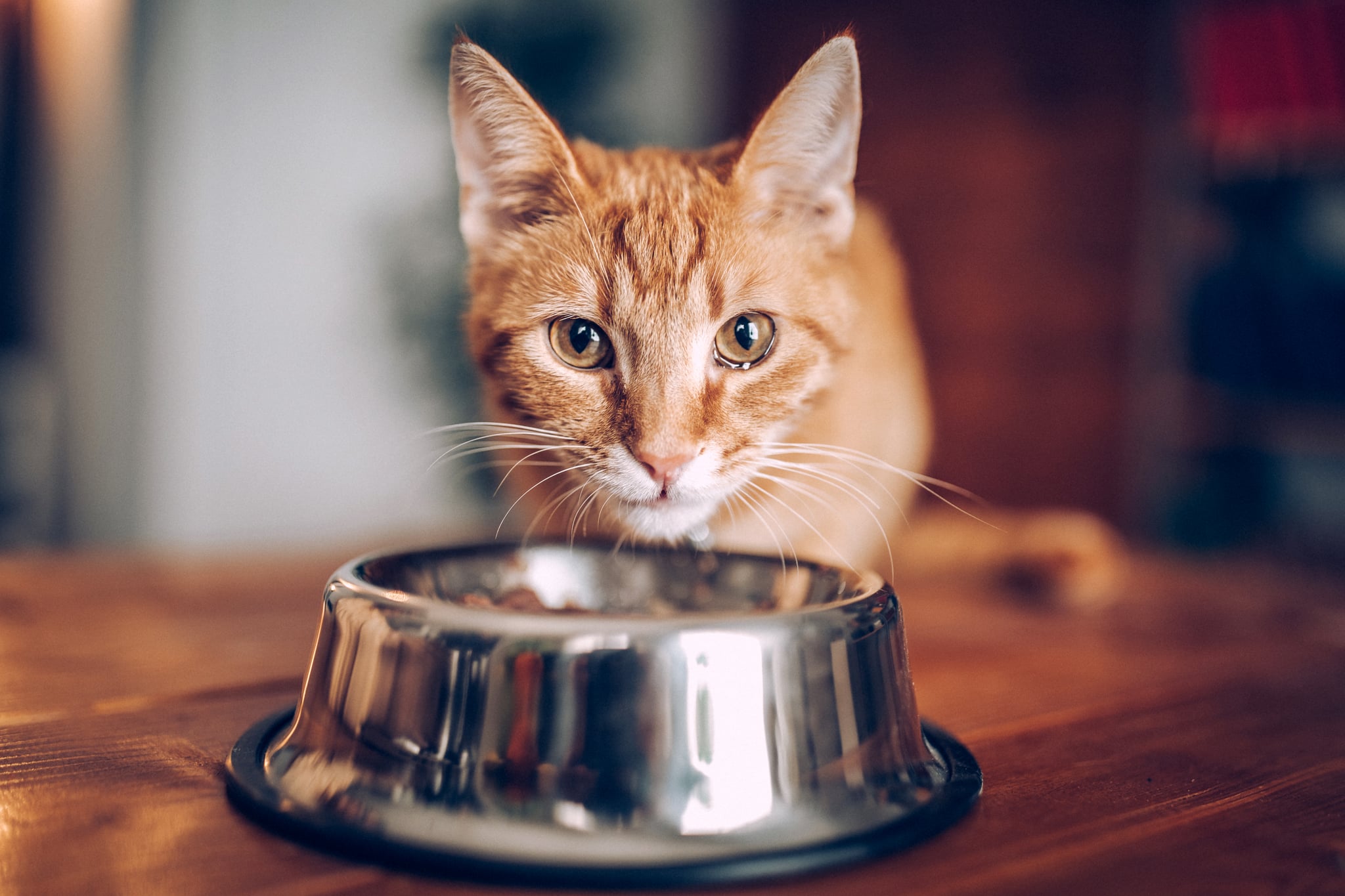 Cats are very unique (and cute) creatures that are known for being pretty particular. Maybe you have a cat whose favorite spot in the house is the bathtub, or a cat who has an affinity for certain human foods, including cooked fish. When it comes to their diets, they are no different — cats know what they like and what they don't. And while cats and seafood may seem like a match made in (pet food) heaven, is all seafood safe for cats to eat? In particular, can we feed our furry friends shrimp? As it turns out, the answer is a bit complex. Because of this, POPSUGAR enlisted two experts to learn more.

Related:
Exactly Why Catnip Makes Your Cat High, According to 2 Experts

According to Jessica Herman, DVM, and veterinarian at Fuzzy Pet Health, cats can eat shrimp but it should not be the main focus of their diet. "Although shrimp is full of protein and antioxidants, it inhibits vitamin K production, which can cause serious health issues like bleeding disorders," explained Dr. Herman. She also shared how fish-only diets have been linked to low thiamine (vitamin B1) levels. "Thiamine deficiency can cause severe neurologic abnormalities," said Dr. Herman.

If you do plan on giving your cat shrimp, it is important to pay attention to what kind you are giving them as well as how you are preparing it, if you are cooking it yourself. "If cooking shrimp for your feline friend, keep things bland," said Dr. Herman, "No seasonings or salt. [Also], remove the head, tail, and shell." Dr. Herman advised that although shrimp flavored cat foods are acceptable, you should never feed your cat raw shrimp. There is also always a possibility of a shrimp or seafood allergy, even in cats.

Are there any types of seafood they should stay away from?

Dr. Herman said that while there is no specific seafood that is particularly dangerous for cats, cats should not be put on a seafood-only diet because it can cause nutrient deficiencies, and you should also never feed them raw fish or fish with bones in it. "Fish flavored cat foods are good to feed because they are made nutritionally complete and balanced by the manufacturer," Dr. Herman said. It is also imperative to keep in mind that not all fish are created equal — the quality of the fish matters. "Many fishes for consumption have been found to contain heavy metals and toxins," Dr. Herman added. Because of this, she instructed to avoid options such as tilefish and tuna, as they may be the most contaminated.

Is there any seafood that is especially healthy for cats?

While you should pay attention to how much fish your cat is consuming, it is important to also know that fish oils are beneficial for our furry friends. "Studies suggest that fish oils can be super beneficial to your cat," explained Carly Fox, DVM, staff doctor at NYC's Animal Medical Center. "Fish oils are an excellent source of omega III fatty acids which have been shown to help ease joint pain, kidney disease, and cardiac disease in cats and dogs." Because of this, Dr. Fox recommended an oily fish, such as mackerel, to occasionally add to your cat's diet. Overall though, it is important that seafood is enjoyed in moderation by our little ones.