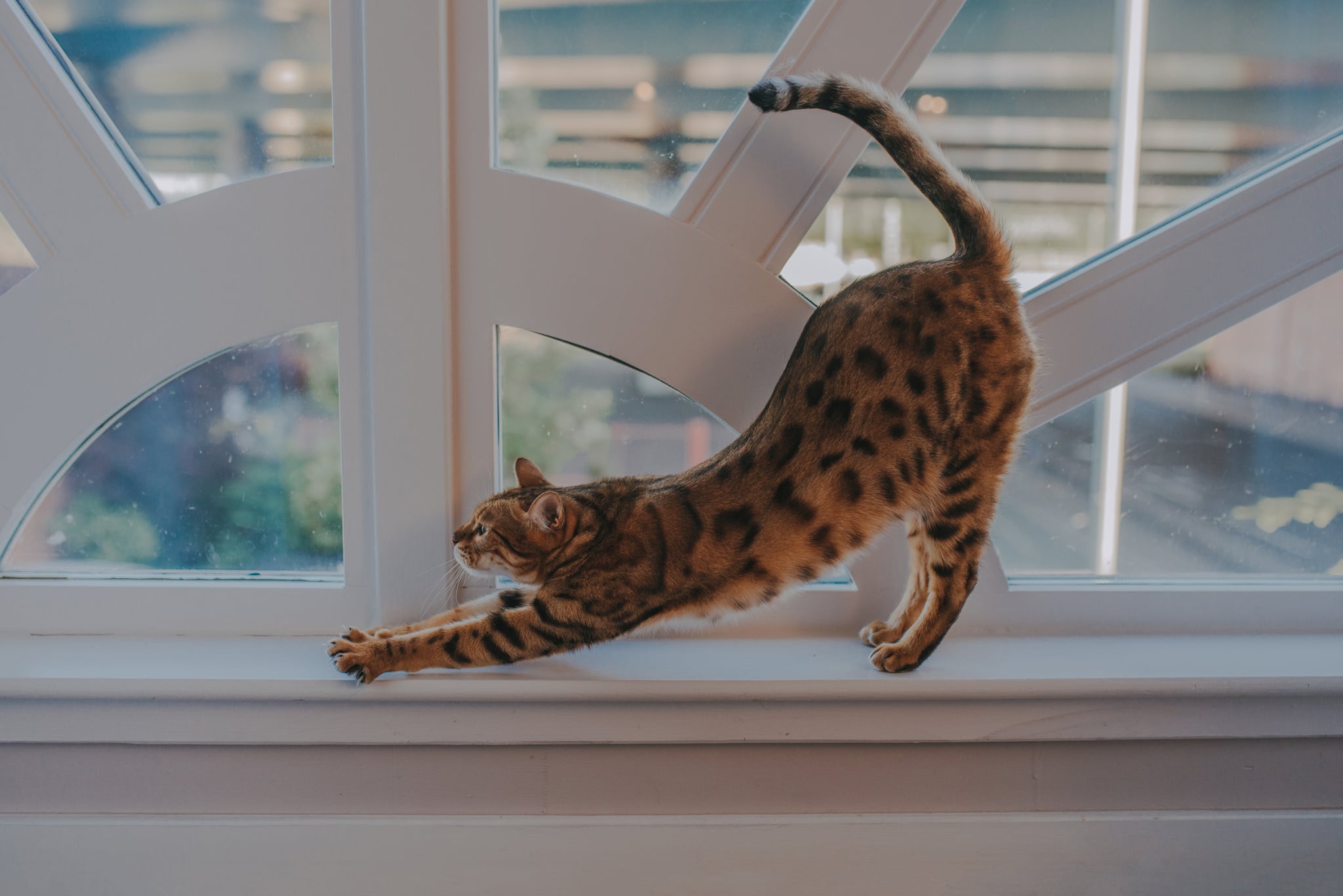 Cats do a lot of strange things, but most all of their behaviors can explained. Have you ever wondered why you cat sticks his bum in your face? Yep, there's a reason behind it. In fact, there might be a few reasons. POPSUGAR reached out to the experts to find out more.

Related:
We Asked 2 Vets Why Cats Drool, and the Answer Is Very Simple (and Very Sweet)

Why Does My Cat Stick His Bum in My Face?

When a cat displays its rear end, she wants you to know that she trusts you. According to UK-based veterinarian Joanna Woodnutt, BVM, BVS, "Presenting the bottom is a sign of companionship and trust. The bottom is a vulnerable area and turned around she can't see an attack coming or defend herself."

A cat who sticks its bum in your face might also be trying to mark you. "Cats presenting their tail to you can be considered to be a variation of allorubbing, the behavior when cats rub themselves against each other," explains Alycia Washington, DVM. "They will often start cheek to cheek, then end tail to tail. This behavior, especially when the tail posture is upward, is considered friendly and is generally made towards others that are considered part of their group."

Is My Cat Trying To Tell Me Something When He Sticks His Butt in My Face?

Your cat might also be trying to tell you that something is wrong. "If cats are particularly itchy in this area, or if owners notice a thin coat or irritation near the tail base, this can be an indication of an underlying allergy to flea bites. In these cases, the cats should be evaluated by a veterinarian to address the allergy, start effective flea prevention, and discuss a strategy for treating the environment if needed." said Dr. Washington.

Which Cat Instincts Cause Them to Stick Their Bum In My Face?

Believe it or not, sometimes cats stick their butts in your face to show you just how much they love you! This stems from biological instincts, according to Dr. Sievert. Mother cats clean their kittens by licking them everywhere, she explains. This doesn't just keep the kittens clean though — it also bonds them to their mom. "When your cat receives lot of attention from you, it's the natural way of asking for more," she said. So how should you respond when your feline friend displays her bottom? Give her a scratch at the base of her tail. "Cats actually love being scratched on their rear end," noted Dr. Sievert.